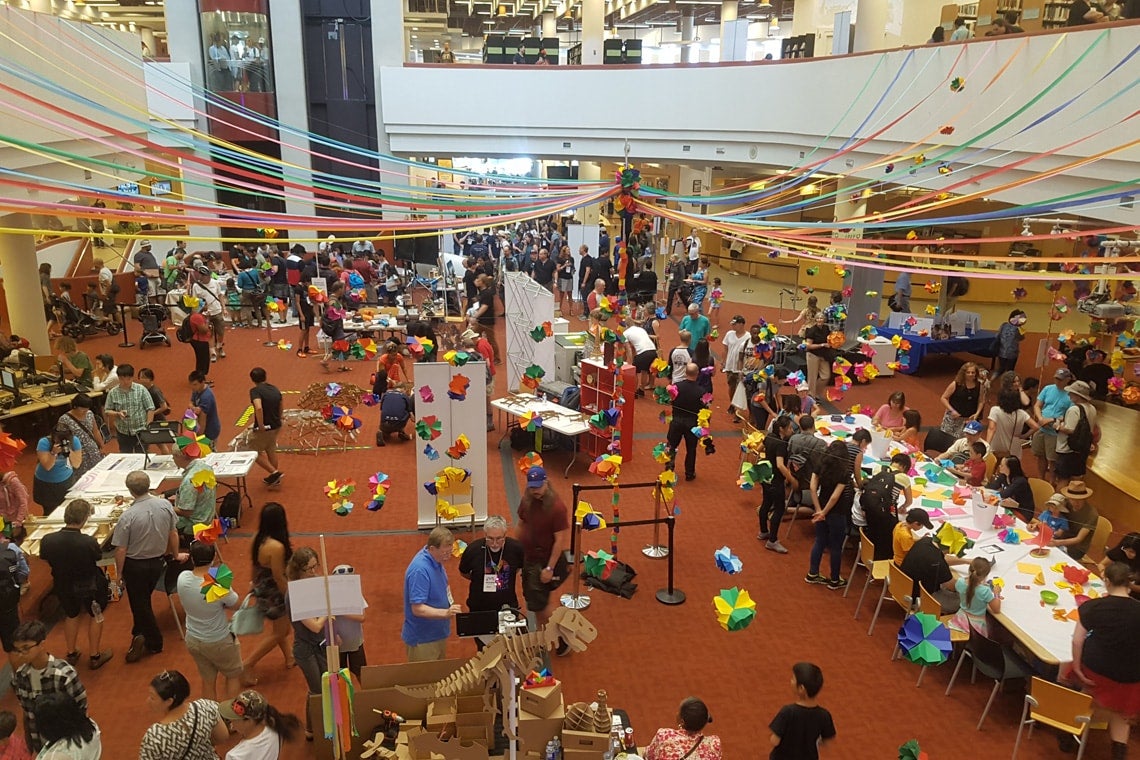 Technology and creativity collided this past weekend at Toronto’s Maker Festival, a celebration of the city’s entrepreneurs, engineers, artists and hackers. 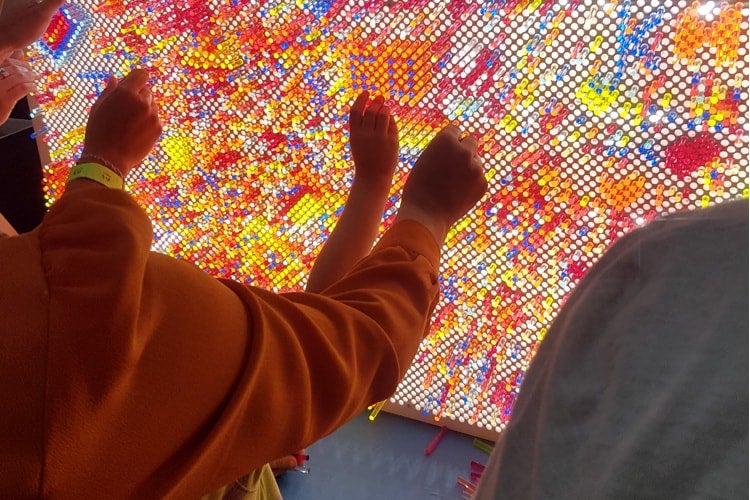 “Kids’ enthusiasm for building a new gadget was fascinating,” said Neda Ghazi, co-founder and CEO of U of T startup Comfable. “As a past volunteer of the Maker Festival and a CEO of a startup, this event is a great opportunity to meet Toronto’s maker community.”

Over the weekend, three of the library’s floors housed booths showcasing Toronto makers’ wares. Attendees also had the opportunity to sign up for hands-on workshops where they could construct and race sail boats, participate in an obstacle course challenge, or even solder a robot necklace. (Below, wearables workshop 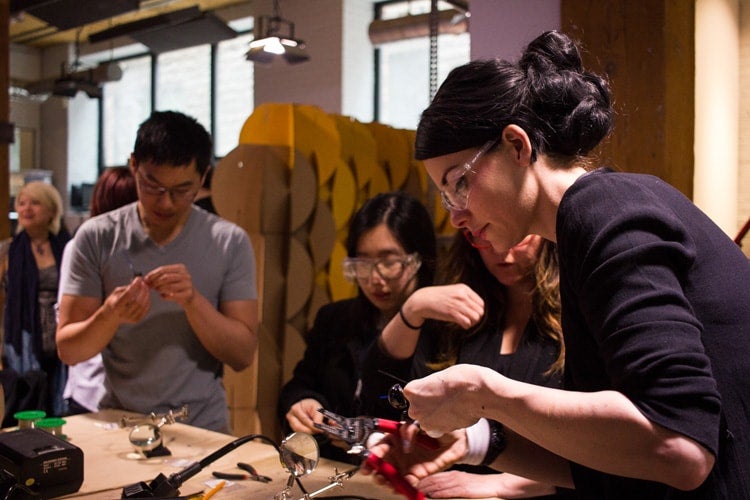 The University of Toronto’s Human Powered Vehicle Design Team (HPVDT) was among the group of exhibitors, proudly displaying two of their high-speed bicycle designs.

“Part of our team’s mission is to inspire people,” said Calvin Moes, U of T Materials Science & Engineering graduate student and current captain of the HPVDT.

“We create these designs that have incredible performance and high efficiency. At the Maker Festival we wanted to show people that all this isn’t just possible, but it’s accessible.”

One of the bicycles displayed is designed for high speed, explained Moes. It can only fit one size of rider, only go in a straight line and takes a team to operate: but it’s very fast.

A similar version of this speed bike, produced in partnership by the HPVDT and U of T engineering startup Aerovelo,  set the world record for the fastest human-powered vehicle, clocking in at 139.45 kilometers per hour last September.

The second vehicle on display at the festival is a much more user-friendly design with features comparable to a modern car. Throughout the two-day event, kids and adults alike could climb into this bike, put the roof over their heads and imagine what the future of cycling could be like once this design hits the market. 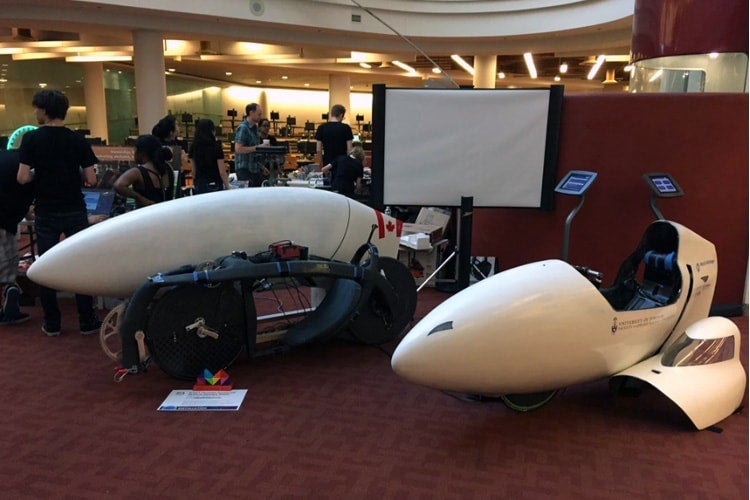 For Moes, the best part of the festival was watching the guests’ faces light up when they watched the promotional video on display behind the two high speed bikes.

“The moment people realize that we’ve built a helicopter that lifts off under human power, or we’ve built a bike that can out-pace a car on the highway, it’s incredible.”

For Toronto makers, DIY enthusiasts and masters of the trade, the event also provided an opportunity to network within the community and create valuable connections.

“This year we found two other Toronto-based startups that are offering services that we’re looking for, and we’re going to be the first customer of one of them.” said Ghazi.

While the Maker Festival weekend extravaganza is already over, there will be satellite events such as a paint lounge paint party, casual taxidermy class, stop motion animation workshop and more taking place across Toronto until July 17th.