U of T alumna establishes bursary for Indigenous, Black and Taino students 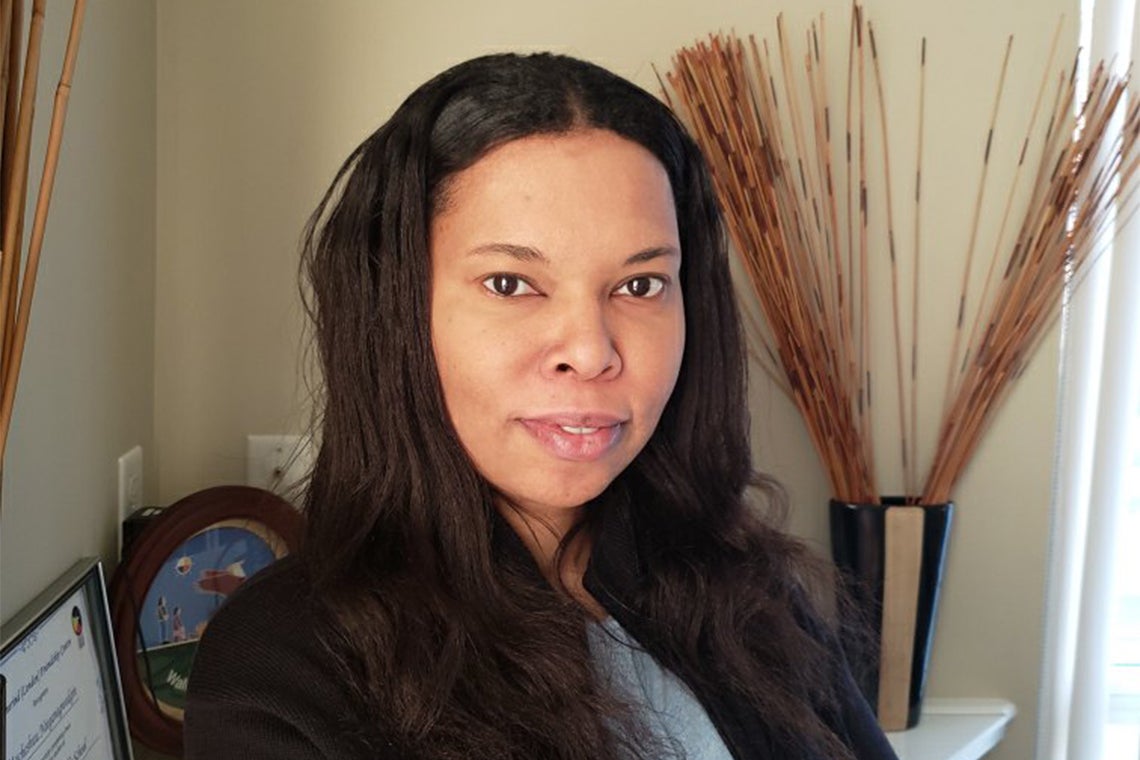 Erica Neeganagwedgin is looking to tell a different story than the one currently being told.

Neeganagwedgin, who earned master's and doctorate degrees from the University of Toronto’s Ontario Institute for Studies in Education (OISE), has established the Olive Moxam Indigenous Bursary – named for her mother – to support Indigenous, Black and Taino students in OISE’s master of teaching program.

An assistant professor in critical policy, equity and leadership studies at Western University, Neeganagwedgin says she met many people who supported her during her time at U of T – particularly Black and Indigenous students and some who, like her, are of Taino heritage, which originates in the Caribbean.

“I want to highlight Caribbean Indigeneity and Taino [Indigeneity] specifically,” with this bursary, she says.

“The scholarship tells its own story about our survival and self- determination into today. That being said, there were Taino students and Indigenous students who have supported me in my learning journey at OISE – emotionally, mentally, spiritually.”

The bursary is the first of its kind at OISE.

“We are grateful for her gift and hope it continues to motivate new students who want to make a difference in their communities.”

“Professor Neeganagwedgin’s selfless gift to our institute opens new doors for Black and Indigenous students who could not see themselves in this institution,” Kapoor says. “We are indebted to her for her gift.”

“This bursary is big step toward what we can achieve together to support students. We hope the professor’s gift inspires others to give, as well.”

Creating a bursary for Indigenous students is something Neeganagwedgin says she has wanted to implement at OISE since 2014. She says she got the idea after attending a conference in the Caribbean on Indigeneity with her mother.

“I had discussed with my mother about establishing the scholarship. She thought it was a good idea and she really supports it,” says Neeganagwedgin. “My mother is the oldest person that I'm aware of in our Taino community who openly identifies as Taino. So, I thought it would be fitting to name the scholarship in her name.”

Recipients will receive between $1,000 and $2,000 to support their education. OISE will match this bursary up to $25,000 with donations and contributions from the public.

“For me, it’s about supporting students – I had also received bursaries when I was at OISE,” Neeganagwedgin says. “And when I was at University of Toronto, there were times when, if I didn't receive those bursaries, it would have been a huge burden as a student.”

It is the people who have encouraged and supported her the most, she says, who are dear to Neeganagwedgin’s heart. “Those are the people that inform my everyday life and I think contributed in large ways to who I am.

“This is my appreciation and gratitude in honour of the support I received.”