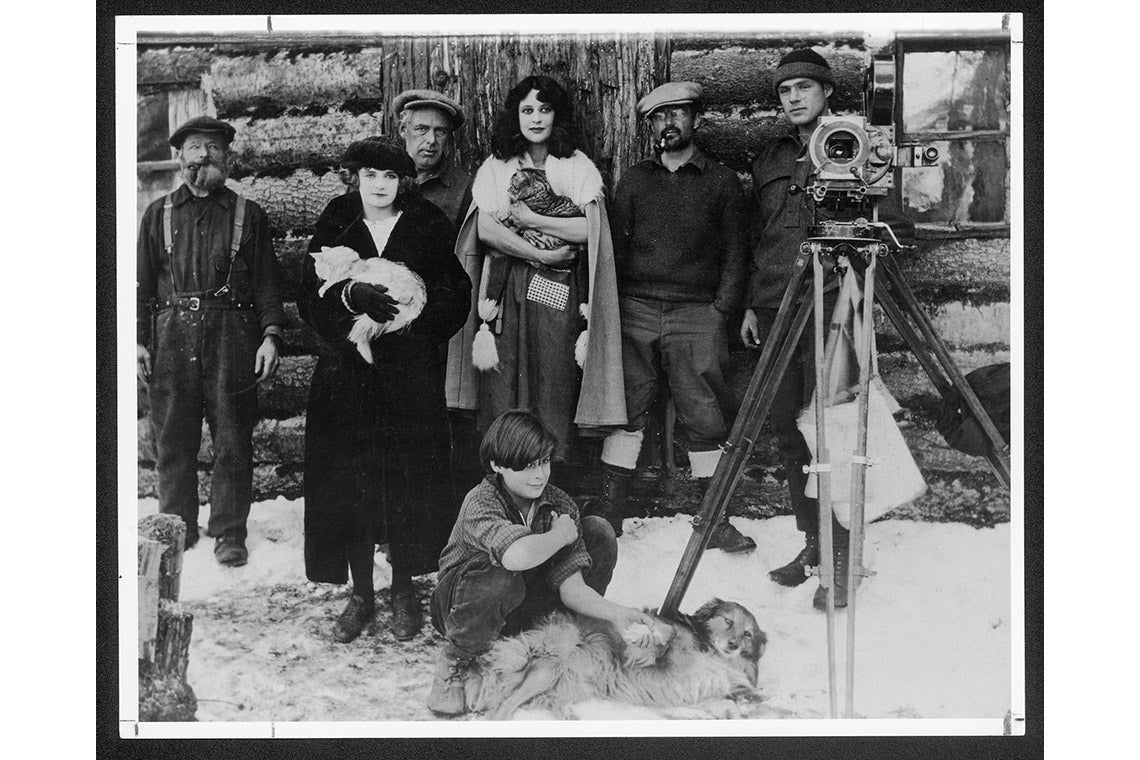 Nell Shipman, centre, with the crew of Trail of the North Wind in 1923, is among 1,699 filmmakers in the Canadian Women Film Directors Database includes (Image courtesy of Boise State University)

Women filmmakers in Canada have often grappled with low budgets, employment scarcity and a lack of recognition. Yet they’ve also built a powerful canon of work and inspired an emerging group of artists who are now taking their rightful place on the world stage. Until recently, few resources existed to tell the story of Canadian women who make movies – and those that did exist were hard to find. Margaret Fulford, a librarian at the University of Toronto's University College, set out to correct that.

A lifelong film buff and feminist, Fulford was inspired to create such a resource after attending a 1980s festival showcasing women's films. Much later, she decided to devote her first year-long research leave to create a database of Canadian women filmmakers.

Armatage assured her that it most certainly would be – and that a year wouldn’t be nearly enough to capture all the information. “She said, it’s much bigger than you think,” Fulford says. “It’s only gotten bigger since,” Fulford adds.

Today, the Canadian Women Film Directors Database is a fully digital and bilingual resource with the names of 1,699 filmmakers – and counting – along with details of roughly 2,420 films they've made since 1920. Women represented in the collection range from Nell Shipman – the first Canadian woman to direct a film – to modern-day stars Patricia Rozema, Deepa Mehta, Alanis Obomsawin and many others.

The site is free and accessible to researchers, students and hobbyists alike. In addition to the names of directors and their movies, it also includes a wealth of bibliographic references, lists of awards won by filmmakers, and a “chronology of firsts” page, highlighting pioneers in the field.

Fulford took several programming courses to design the database, which has involved 15 years of painstaking detective work. “I’ve mostly done it myself, but I’ve had some important help from Faculty of Information students who were doing practicums. I had one go through the National Film Board website and find any pre-1980 films that I hadn’t already, and another one went through festival programs that were only available in print.”

Fulford is particularly proud of the quotes by or about directors that she’s mixed in with the all the other biographical information. “That’s one of my favourite parts of the research – looking for pithy, interesting quotes within articles or books. I put those in to give the database a little more flavour,” she says.

These quotes reveal a history in which Canadian women had to fight to be properly credited or even employed within the industry. One learns, for example, that acclaimed war documentarist Jane Marsh resigned from the National Film Board when founder John Grierson – the inventor of the term “documentary” – admitted he didn’t want to promote her because of her sex.

That said, documentary film is one of the areas in which Canadian women found success. Fulford says that, since Grierson’s time, the National Film Board has been responsible for either directly nurturing or inspiring the careers of many of Canada's finest women filmmakers.

“Women have traditionally been in the minority as directors everywhere in the world, but historically Canada has had more participation than the United States, and I think that’s largely because of the NFB,” Fulford says.

“And yet documentaries tend to be easier to get into, since they cost less to make. Because when we talk about issues of gender parity in filmmaking, it’s not just about the percentage of women who are becoming film directors: it’s about the kinds of budgets they’re getting.”

Watching her database grow over the last 15 years, Fulford has noticed women are continuing to make great documentaries, while making inroads in other genres such as features and animation. Some of Fulford's recent favourites include Pixar's Turning Red by Domee Shi, who grew up in Toronto and is the daughter of Ningsha Zhong in U of T's department of physical therapy, as well as features such as Night Raiders by Danis Goulet and Beans by Tracey Deer.

As for older films, Fulford is hard-pressed to pick a favourite. “I love Double Happiness by Mina Shum, and Léa Pool’s film Emporte-moi. Also Patricia Rozema, especially Mansfield Park, and Water by Deepa Mehta,” she says. “I could go on and on.”