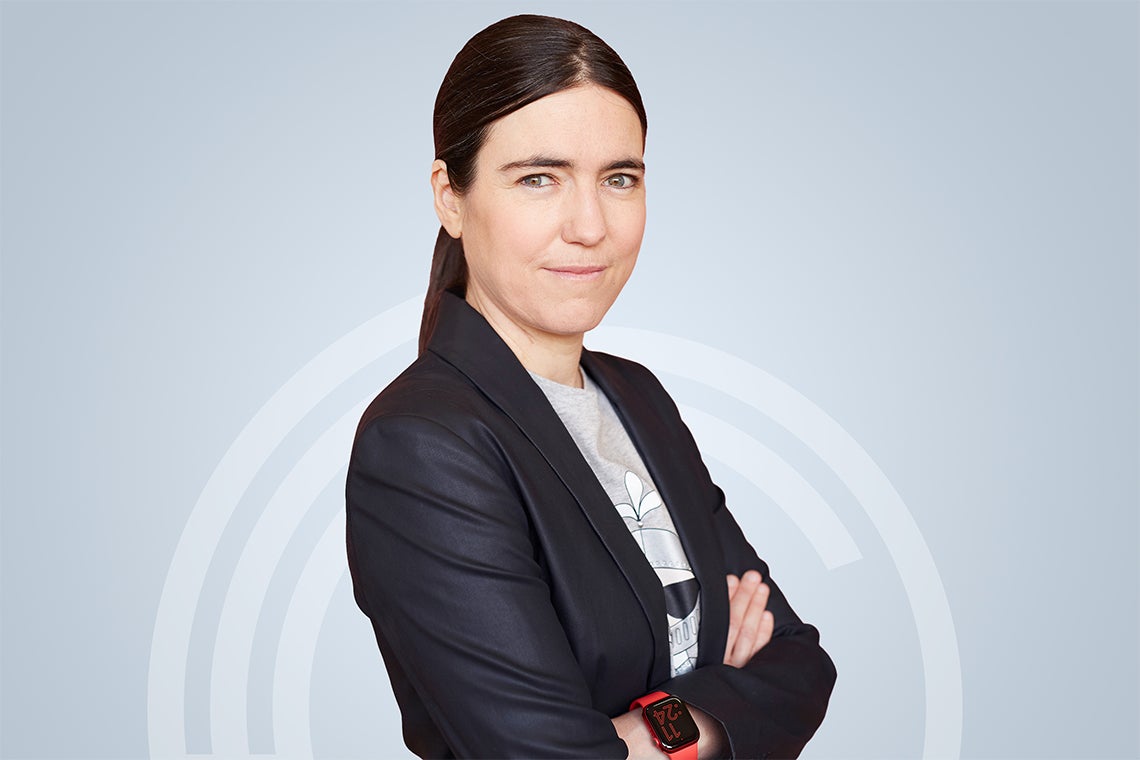 Raquel Urtasun, a U of T professor of computer science and world-leading expert in machine learning and computer vision, has launched her own Toronto-based, self-driving vehicle company with more than $100 million in funding (photo by Natalia Dolan)

More than $100-million in funding. Two decades of artificial intelligence expertise. Ten years of experience in self-driving technology. A 40-strong team of scientists and engineers.

The list of resources at Raquel Urtasun’s fingertips as she takes the wheel of Waabi, an autonomous vehicle startup, is impressive to say the least. The goal? Use AI to finally resolve the technical and financial challenges that have hindered the full commercialization of self-driving technology.

It’s the first foray into entrepreneurship for Urtasun, a professor of computer science at the University of Toronto and one of the world’s leading experts in machine learning and computer vision. She says she was inspired to start her own company after four years as chief scientist and head of Uber ATG’s self-driving car lab in Toronto, where she realized need for a new generation of self-driving technologies that leverage AI’s full potential.

Urtasun’s new venture emerged from stealth mode earlier this week to announce one of the largest rounds of initial financing ever secured by a Canadian startup, raising more than $100 million from investors including Silicon Valley-based Khosla Ventures and Uber. Other investors include fellow U of T AI luminaries Geoffrey Hinton, a University Professor Emeritus, and Sanja Fidler, an associate professor of computer science, as well as Stanford University’s Fei-Fei Li and Pieter Abbeel of the University of California, Berkeley.

“There is a little bit of AI there, but it doesn’t have a prominent role. Instead, it’s solving very specific sub-problems within the massive software stack – or brain of the self-driving car,” she says. “This causes difficulty in that it requires really complex, time-consuming manual tuning.

“As a consequence of this, scaling the technology is costly and technically very challenging.”

Waabi addresses this by utilizing “deep learning, probabilistic inference and complex optimization” to create a new class of algorithms, the likes of which Urtasun says have never been seen before in industry or academia.

Key to Waabi’s approach is its novel autonomous system – essentially, the software brain of the self-driving vehicle – that is “end-to-end trainable,” meaning the entire software stack can automatically learn from data, removing the need for constant manual tuning and tweaking.

The system is also “interpretable and explainable,” meaning it’s possible to deduce why it opts for certain manoeuvers over others – crucial for safety verification.

“If you think about when you’re driving and arrive at an intersection, there’s a lot of things happening in your brain – you do very complex inference about what everybody’s doing at the intersection, how it will affect you, etc.” Urtasun says. “That’s what our new generation of algorithms provides – this ability to do really complex reasoning within the AI system.”

Waabi also has a revolutionary simulator system that can test the algorithms and software with “an unprecedented level of fidelity,” Urtasun says.

“When people in the industry say they test millions of miles of simulation, they’re really only testing the motion-planning component – which is one piece among this big software stack,” she says.

“Waabi has the ability to simulate how the world looks at scale, how sensors observe the scene and the behaviours of humans in a way that’s very realistic and in real time.”

“Typically, companies have hundreds of vehicles that they’re driving so that they can observe how the system works. And every time you change something, you change the behaviour, so you have to drive again and again and again,” Urtasun says. “[Waabi] can develop, test in simulation and reduce the need for driving in the real-world.”

It also means a system that’s safer because it can be trained to manage not only typical driving scenarios, but also ‘edge cases’ – situations that arise at extreme operating parameters.

“We can train the system to handle those edge cases in simulation,” Urtasun says. “So, you end up with a system that is much safer, that you can develop faster and that requires less capital to develop because you need very few people compared to the traditional approach – and less testing in the real world.

“[You] really unleash the power of AI.”

The company’s name reflects its approach. “Waabi” means “she has vision” in Ojibwe (“a new vision to help solve self-driving,” Urtasun says) and means “simple” in Japanese – an ode to the simplicity of the software stack.

“[It’s] a perfect definition of our technology and a perfect name for our company,” Urtasun says. “Plus, it sounds cool.”

The potential applications for Waabi’s technology are wide-ranging, Urtasun says, but the initial focus will be the long-haul trucking sector – a departure from her time at Uber, where she worked on passenger vehicles. She notes that truck-driving is recognized as one of the most dangerous occupations, and that the industry suffers from a shortage of drivers. “Automation can serve those industry needs,” she says.

Urtasun adds that long-haul trucking is also a prudent area to focus on because there’s less complexity involved with highway driving than is the case in cities.

“When people ask me, ‘Why here?’ I say, ‘Why not?’ I love Toronto, I love Canada. It’s an amazing place to do innovation – there’s incredible talent and support from the government,” she says, pointing to Toronto’s emergence as a world-leading AI hub thanks to initiatives such as the Vector Institute for Artificial Intelligence, which she co-founded.

“It’s been incredible to see the transformation that the city has gone through,” she says. “It was the case that people were leaving and going to California. Now, not only are we retaining talent but so much incredible talent is coming in – even from Silicon Valley,”

There’s also plenty of talent to be tapped at U of T, Urtasun adds.

“We have amazing U of T students who are doing great work within the company,” she says. “I really look forward to partnering closely with U of T to provide opportunities to the incredible talent that the university has. For me, it’s always been very important to [help develop] students – so that continues to be the case.”

As the CEO of an AI-powered autonomous vehicle startup, Urtasun says it’s important for her to set an example for women and girls interested in pursuing careers in technology.

“I think it’s very important that young girls, in particular, realize that this is not a man’s world. Technology is going to change the world and they definitely have a say,” she says.

She adds Waabi and other technology companies benefit immensely from diverse leadership and perspectives – and so do their customers.

“It’s important that in order to solve complex problems, we have diversity of opinions, approaches and backgrounds,” she says. “Waabi excels at all three types of diversity, which I think is the way to build incredible technology as well as showcase the diversity of the users who are going to use the technology at the end of the day.”