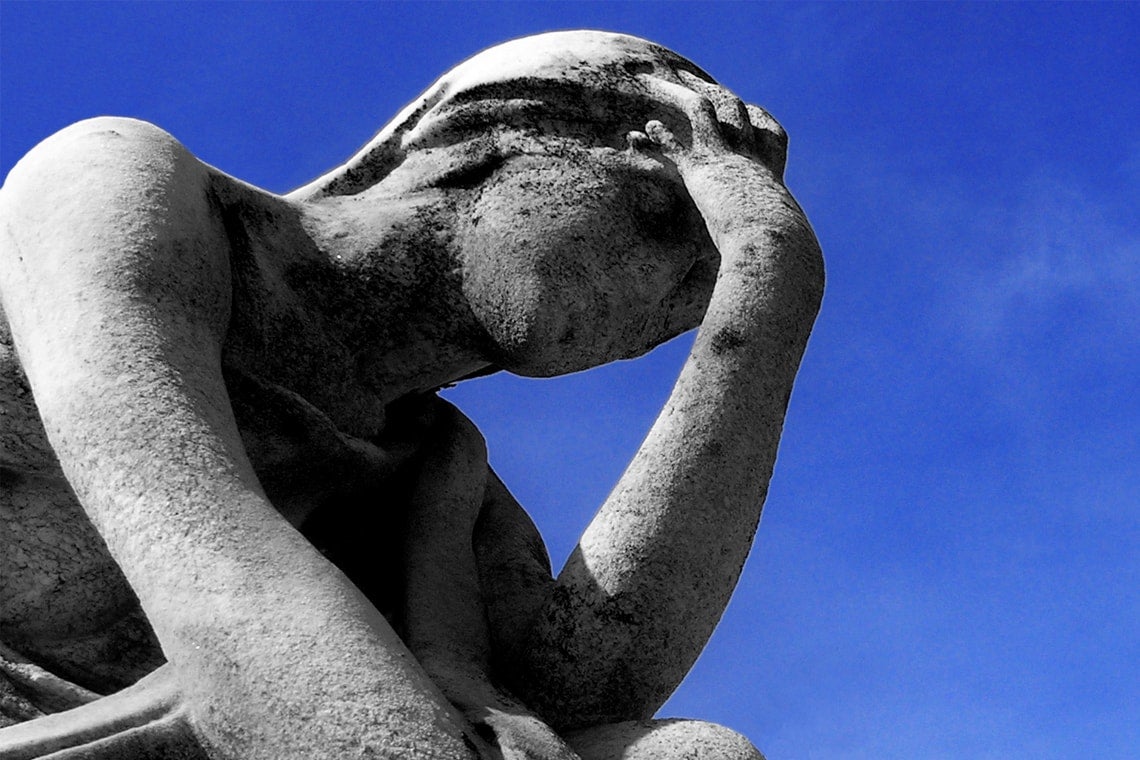 One in five Canadians suffer from chronic pain. Loren Martin, a U of T Mississauga behavioural neuroscientist, has helped identify a molecule that researchers say could be responsible for chronic pain (photo by threephin via Flickr)

A molecule responsible for activating the body’s pain receptors has been identified by a U of T neuroscientist and an international team of researchers, offering hope to people suffering from chronic pain worldwide.

Despite the prevalence of chronic pain, the current options for pain relief are limited to opioids, which carry the possibility of addiction, overdoses and unpleasant side effects.

Loren Martin, an assistant professor of psychology at the University of Toronto Mississauga, collaborated with colleagues from McGill University and the University of North Carolina and found that inhibiting one of the body’s proteins, known as epidermal growth factor receptor (EGFR), lessens the pain associated with nerve injury and inflammation in mice. Genetic mutations of EGFR were also linked to the development of head and jaw pain in people.

The researchers also found that one particular molecule, epiregulin, is implicated in EGFR-related chronic pain – those who had chronic pain had higher than normal levels of epiregulin. 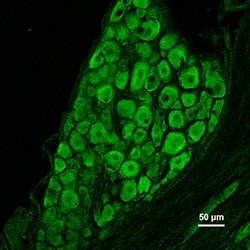 They plan to explore the therapeutic potential of controlling epiregulin, since simply inhibiting the EGFR receptor has side effects of its own that may cause reluctance to use drugs that rely on this approach.

“By normalizing the body’s levels of epiregulin, we may be able to reduce sensitivity to pain and improve the quality of life for chronic pain sufferers,” said Martin, the study's lead author.

Their study appears in the Journal of Clinical Investigation this month.

Martin first became interested in pursuing this line of inquiry when he noted that cancer patients who were prescribed EGFR-inhibiting drugs reported a lessening of pain after taking the medication.

A study done by his collaborators analyzed about 3,000 people and discovered that those who developed a particular type of chronic facial pain had a mutation in the EGFR receptor and in the gene coding for epiregulin. In the current study, an analysis of three human pain cohorts linked the epiregulin/EGFR pathway to chronic pain.

Martin then replicated those results in mice by inducing conditions that are accompanied by chronic pain and measuring the epiregulin levels in their blood.

“When we blocked the EGFR receptor with the inhibitors currently available, it reversed chronic pain in mice,” he said.

The research was supported by the Canadian Institutes for Health Research, the National Institutes of Health, the Australian National Health and Medical Research Council, the Louise and Alan Edwards Foundation and the Canadian Pain Society.