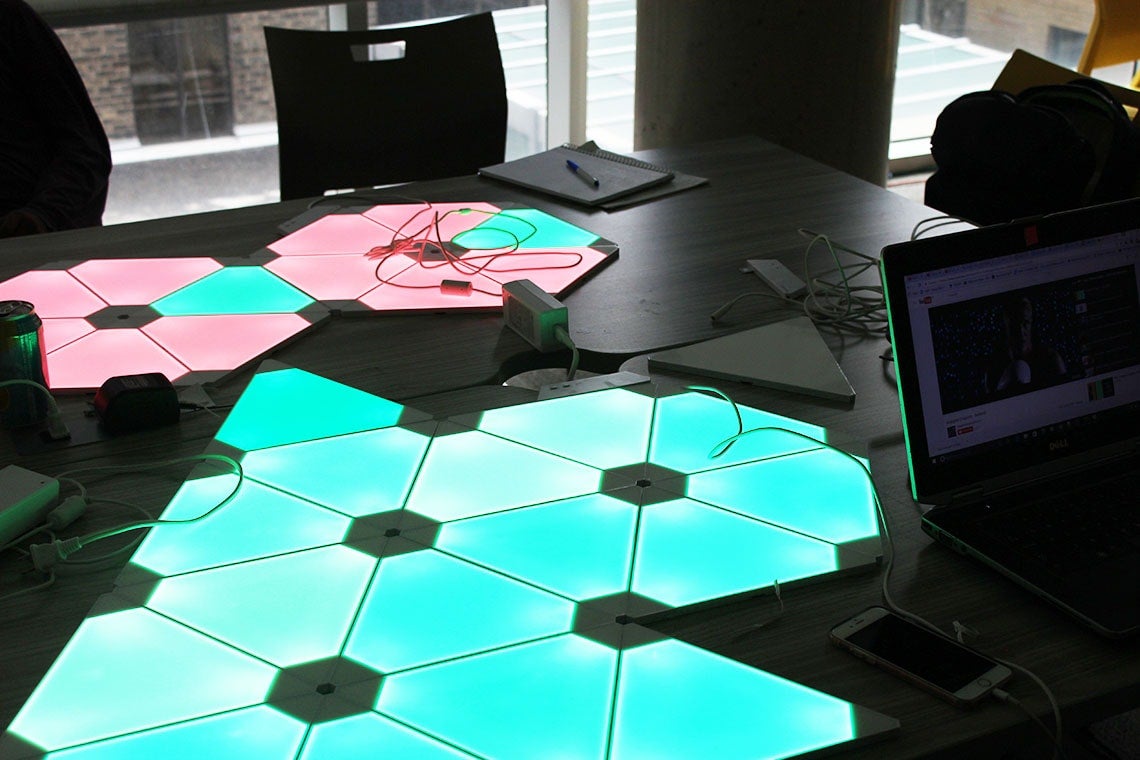 Nanoleaf, the startup co-founded by University of Toronto alumni Gimmy Chu, Tom Rodinger, and Christian Yan, brought its latest lighting product, Aurora, to U of T this weekend for a hackathon.

The startup was hosting Hack the Light in collaboration with the Computer Science Student Union (CSSU) and the Department of Computer Science Innovation Lab (DCSIL), with students developing programs to sync Nanoleaf's new Aurora bulb panels to change colours and patterns to music.

With the Aurora Rhythm, a small microphone add-on that the company has yet to bring to market, developers could create software plug-ins to make the multicolour, interlocking light panels react in different ways.

“Every time the bass hits, it will flash the panels,” said Chu, Nanoleaf co-founder and CEO. “Or you could have another one where, depending on the frequency of sound it hears, it will pop the light in a different way, so you can feel the music.”

For students, it was a chance for coding and technology skills to meet creative design and musical expression.

“For these students to really understand the whole technology platform and to be able to create something unique and creative in just two days was amazing,” said Chu.

Nanoleaf got its start at U of T, and so hosting the hackathon here was important for Chu.

“I owe a lot of my own personal success to the education I got at U of T, the friends I made here, to some of the relationships – like U of T President Meric Gertler introducing us to some of our investors,” Chu said. “I owe a lot to U of T, so part of it is just giving back.” 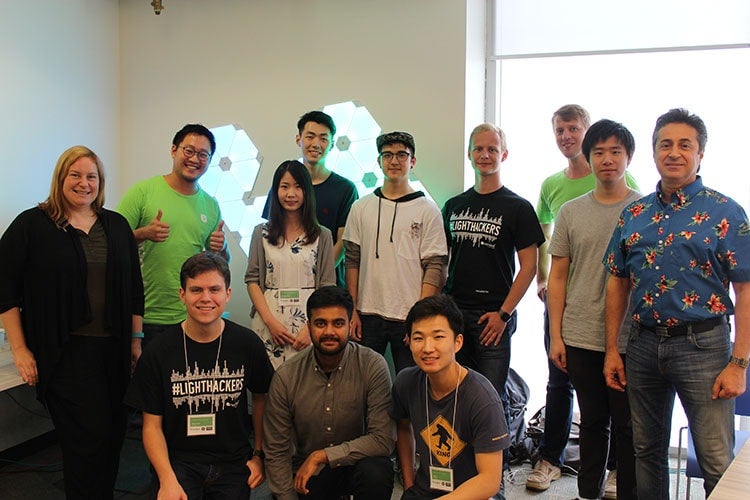 Chu, Rodinger and Yan met while they were members of the Faculty of Applied Science & Engineering’s Blue Sky Solar Racing team. The friends reconnected in 2009 to create a solar product but then designed what became known as the world’s most energy-efficient lightbulb and raised nearly $200,000 through a Kickstarter campaign.

“Three years later, we have a team of 30 people, and our products are being sold in 40 different countries. It’s been a ride for us.”

Helen Kontozopoulos, co-founder and co-director of DCSIL, said the event was a great example of how the lab can work with startups in the future.

“Let's de-risk a product before it goes out, and maybe even fine-tune it, with the best developers,” she said.

Arseniy Ivanov, president of the computer science student union, said the hackathon was an opportunity to bring students together and hack for fun.

“At night, people turned off the lights and turned on their visualizations, and it was mesmerizing to see what people did,” he said.

The weekend’s grand prize winners Xin Li, Yang Li and Xian Zhou, from U of T's electrical & computer engineering program, set their visualization to the Oscar-winning City of Stars, from the film, La La Land.

Li said the team took its inspiration from a shooting star.

Read more about U of T initiatives and startups using light.