Summer in the City of Light: U of T students interning in Paris 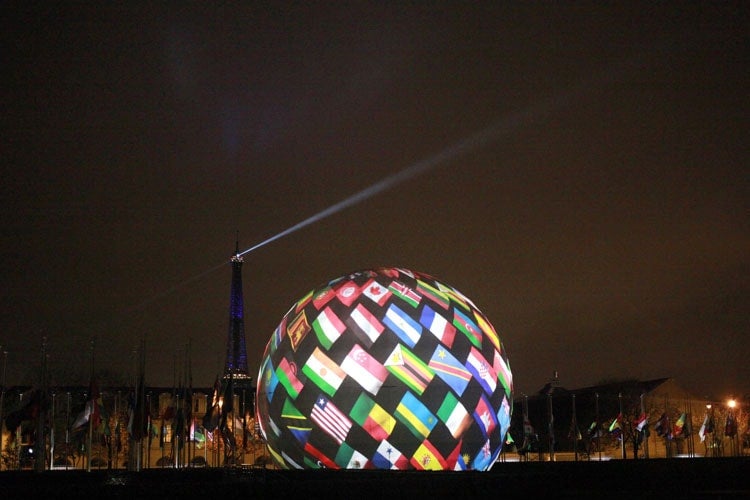 Other Canadians in Paris may spend their time in Paris taking selfies in front of the Eiffel Tower or visiting the Louvre, but University of Toronto students Alicia Dotiwalla and Jennifer Yang are in the City of Light to work for the United Nations Educational, Scientific and Cultural Organization, not to sightsee.

The Faculty of Information masters’ students are the first participants in the Faculty’s UNESCO Internship Program. But even though Dotiwalla and Yang are working long hours at UNESCO’s headquarters on the Place de Fontenoy, they do take time out to experience the city’s many attractions.

“I try to immerse myself into French culture whenever possible – and to polish my French speaking skills!” Dotiwalla says.

“I’ve been trying to go to the different museums and enjoy the food,” says Yang (below). “You can’t really go wrong with food in Paris.” She’s helping UNESCO roll out its online collaborative platform UNESTEAMS. It’s not the first intranet project she’s tackled. In one of her courses last year, she and her colleagues designed an intranet for U of T’s John M. Kelly Library, which the library now uses.

“My role in UNESCO is to facilitate and promote knowledge collaboration and knowledge sharing between different departments and other international organizations,” Yang says. “We are promoting new tools so that people easily communicate with different people around the world, regardless of their time zone and location.”

When her internship ends in December, Yang will return to U of T for one more semester before she graduates. Her ultimate goal is to become a data management lawyer. But, she notes, the unexpected often happens. “Just four months ago I didn’t expect that I would be in Paris working for UNESCO. I usually have a detailed plan, but now that plan has had to be changed. So maybe it’s time that I wait and see what the future may bring. I’m just trying to enjoy every moment that I’m here.”

Dotiwalla (below) is excited by her four-month internship with UNESCO’s archives, library and records management division. “The archives are the organization’s institutional memory,” she says. “The vast collection documents influential work in education, science, culture and heritage. Researchers from around the world travel to Paris to access these primary sources. As such, assisting with archival work makes these records more accessible to current and future researchers and scholars.” This isn’t Dotiwalla’s first time in France, having visited Paris before and taken a French language course in Lyon. “Being immersed in French culture and conversing with native speakers of the language was as beneficial as any in-class learning,” she says. “I consider myself very fortunate to be among those individuals who have turned personal and academic passions into rewarding job experiences.”

Wendy Duff, the interim dean at the Faculty of Information, says Yang and Dotiwalla “are on the ground floor helping UNESCO build international partnerships by urging nations to share and preserve memories, history, peace, and respect for human rights.”

The internships came about after UNESCO director-general Irina Bokova, spoke at U of T in 2014, Duff says. Bokova and then Dean Seamus Ross “discovered how many values we share, and it became obvious there was a great fit for our Information and Cultural Heritage students.” The unpaid internship program, which is worth course credits for the two students, is the first in Canada, and only the second in North America, she says.

Funding has been secured for the first two years of the program, thanks to a donation from the W. Garfield Weston Foundation with matching dollars from the University’s Provost. While the first two internships are in Paris, France, at UNESCO headquarters, future placements could be at any UNESCO satellite site in the world.

Read more Summer in the City: