Spooky subjects: U of T 'Monsters' course explores our fascination with the frightful 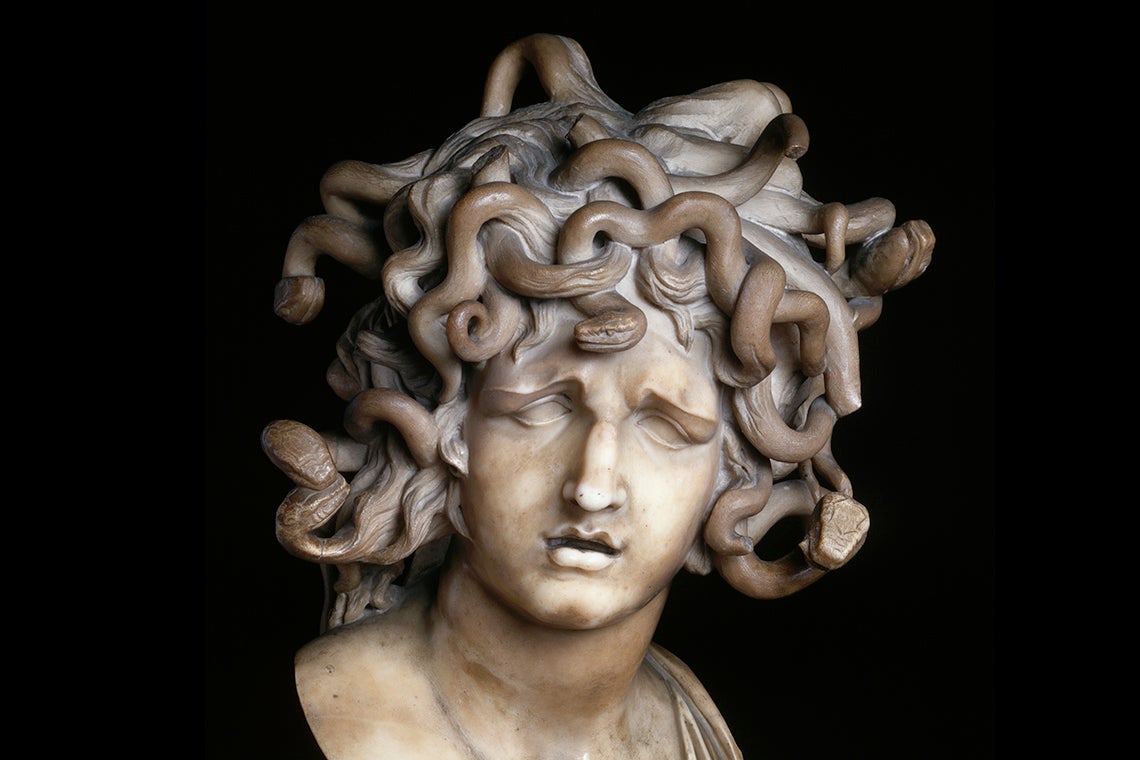 As Halloween approaches, with its eerie collection of ghosts, goblins and beasts, University of Toronto Professor Erik Gunderson remains fearless as he explores frightening creatures both real and imagined in his course aptly called “Monsters.”

In the course, Gunderson compares ancient and mythological monsters with what is considered monstrosity in the modern world.

He also examines the concept of human “monsters.”

“I want students to have a sense of the ways that monsters are deployed,” says Gunderson, who is in the department of classics in the Faculty of Arts & Science. “What kind of thinking is facilitated when one starts talking about monsters and the problems they pose to normal society?”

The course is one of the faculty’s many first-year foundations seminars, which are available to first-year students and focus on issues, questions and controversies surrounding a particular topic or theme.

Althea Draghici, a first-year student and a member of St. Michael’s College who is planning to double major in psychology and criminology, says she’s a fan of the course’s class discussions and the way they have encouraged her to think critically.

“The concept of monstrosity is very subjective,” she says. “The things labelled as ‘monstrous’ depend greatly on the cultural context of society, and yet there are many common themes in monstrosity that occur again and again. As an aspiring psychology major, I've been especially excited to explore how classical monsters can reflect the so-called hidden monsters within a society.

“Overall, every aspect of the class has expanded my knowledge and perspectives on monstrosity, and has given me a new lens through which I can view literature outside of this course.”

Ancient monsters include monsters from the Greco-Roman world, as well as the exotic and often inhuman monsters that are woven into tales of mythology like Medusa or the Minotaur.

“The classic ancient monster has lots of heads, their physical morphology is distorted – whether it's half man and half something else – or a mix of different animals,” says Gunderson. “This is something the ancient world was very interested in – that kind of bodily chaos.”

In turn, Gunderson is interested in what the monsters represent and what is achieved by defeating them.

“The point of monsters does seem to be the idea of bringing order to chaos – that there's something about the world that needs to be dominated or mastered,” he says.

“And there's a kind of politics to this ridding the world of monsters. So that's what we're trying to focus on: What does the monster seem to be doing in any given story? What kind of society does it enable?”

Gunderson’s course moves between studying ancient monsters and more modern monsters. It explores a variety of different genres: epic, tragedy, history, biography and even contemporary film. It is also interested in places where one entertains the idea that there are real monsters like witches, werewolves and vampires lurking within our world.

And the course extends to human “monsters” throughout history – tyrants or leaders whose shocking acts go well beyond acceptable human behaviour.

“Emperors like Caligula and Domitian, they really lived and they really killed people,” says Gunderson. “They were described as monsters. But what do we really mean by that? Why do we invoke the word ‘monster’ instead of just saying, ‘murderer’?”

It’s questions like this that students say make the course so engaging.

“What I love most about this course is that we’re able to discuss the monsters from the readings in a modern context by comparing them to contemporary material,” says Janna Abbas, a first-year student pursuing a double major in English and German, and a member of Victoria College.

“In one of our classes, we compared Euripides’s The Bachae to the movie Mean Girls. These comparisons make the readings much more interesting because I’m able to relate them to something I’m more familiar with, which in turn helps me understand the texts on a deeper level.”

Ireland Egan, a first-year humanities student and a member of University College who plans on majoring in English and cinema studies and minoring in philosophy, was hooked immediately after reading the course description.

“The horror film buff and gothic literature nerd in me completely took over,” says Egan. “Looking at the complexities and motivation of monsters in film and literature is what makes them so interesting.

“It’s given me an opportunity to develop a unique perspective on the definition of monstrosity that I’ve since used in other classes. I even find myself considering it when watching films and reading books in my own time.”