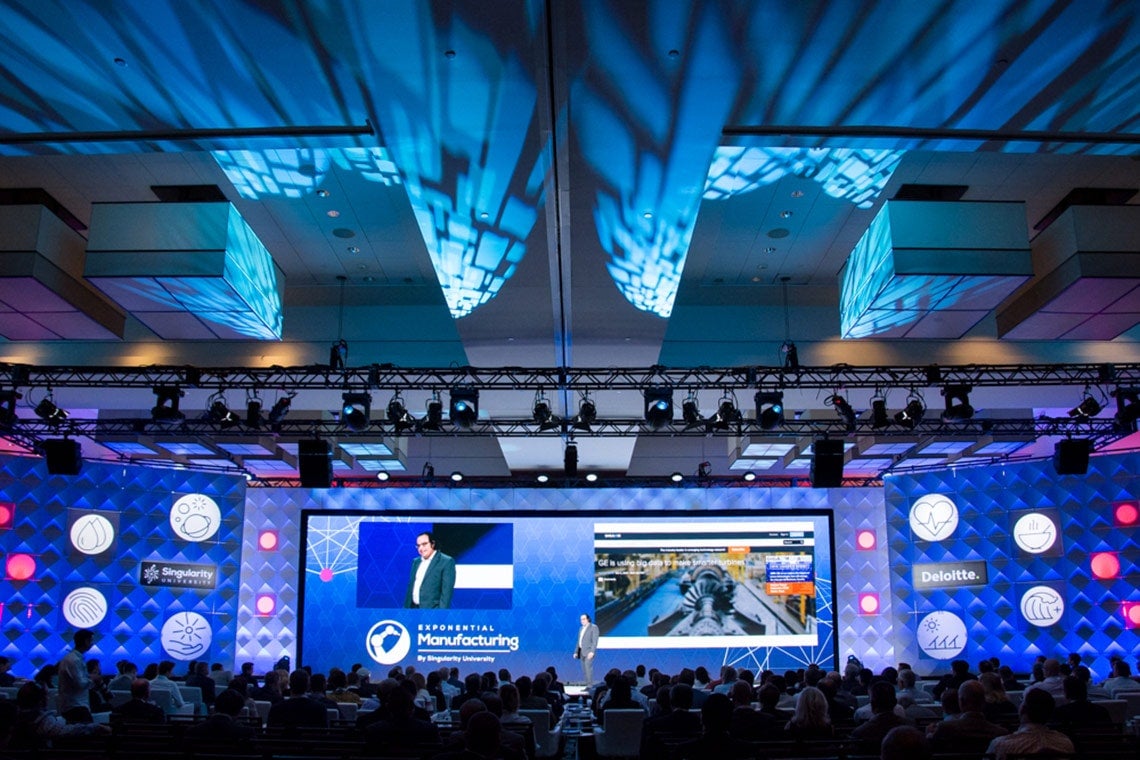 The two-day summit is a spinoff from the successful Singularity University, a Silicon Valley organization designed to introduce executives and entrepreneurs to new technology (photo by xmanufacturing via Flickr)

Several University of Toronto researchers will take the stage this week, alongside leading technology thinkers, entrepreneurs and futurists at the first-ever SingularityU Canada Summit.

The two-day event, spawned by Silicon Valley’s Singularity University – a think tank, business incubator and education centre rolled into one – kicks off tomorrow at Toronto’s Evergreen Brick Works and includes presentations on the future of health, transportation and balancing privacy and freedom in the Digital Age.

There will also be a satellite event at the MaRS Discovery District, co-hosted by U of T.

Singularity’s arrival in Toronto is yet another example of how the city is emerging as a key centre for technology, innovation and entrepreneurship.

“It’s one of these things that’s drawing the lightning to Toronto when it comes to technology prowess, startups and innovation,” said Mario Grech, a co-director of U of T’s Department of Computer Science Innovation Lab, or DCSIL, one of several entrepreneurship hubs on campus.

“It’s a real recognition that Canada – and specifically Toronto – is arriving.”

Grech will host tomorrow’s satellite event at MaRS. It includes livestreams of presentations from the main stage as well as separate panel discussions on blockchain – the distributed ledger technology on which cryptocurrencies like Bitcoin are based – and the role of artificial intelligence, or AI, in the medical field.

Singularity was co-founded in 2008 by serial entrepreneur Peter Diamandis and futurist Ray Kurzweil. The organization bills itself as a “global learning and innovation community using exponential technologies to solve the world’s biggest challenges.” Put more simply, Singularity introduces executives, entrepreneurs and others to potentially game-changing technologies.

The events have proven to be incredibly popular – so much so that it’s not unusual for thousands of applicants to apply for one of a few dozen spots in one of Singularity’s nine-week courses. Tickets for the Canadian summit, meantime, sold for as much as $2,700 each.

The main event at Evergreen Brick Works will open with a presentation by Diamandis, who was also the founder of the X-Prize Foundation.

He will be followed by a number of speakers over the next two days, including several from U of T. They include: Robert Steiner, the director of the fellowships in global journalism at U of T’s Munk School of Global Affairs, and Molly Shoichet, a University Professor in U of T’s Faculty of Applied Science & Engineering whose research focuses on regenerative medicine, tissue engineering and drug delivery.

Raquel Urtasun, an associate professor in U of T’s computer science department and the head of Uber’s new self-driving vehicle lab in Toronto, is scheduled to give a presentation on “Mobility Reimagined” on Thursday.

The satellite event at MaRS, meanwhile, will feature a blockchain presentation from Andreas Park, an associate professor of finance at U of T Mississauga with a cross appointment at the Rotman School of Management. He will also moderate a panel on the same topic that includes: U of T alumna Rhea Mehta, the co-founder of Bowhead Health; Jeff Hindle, the managing director of finance and commerce at MaRS Venture Services; Alan Wunsche, the CEO of TokenFunder.io and Leading Knowledge, as well as a co-founder of Blockchain Canada; and Duncan Brown, the CEO of Distributed ID.

The panel on AI in medicine will be moderated by Frank Rudzicz, an assistant professor in U of T’s computer science department and a rehabilitation scientist at the University Health Network. Rudzicz is also a co-founder of WinterLight Labs, which uses machine learning and speech samples to detect signs of dementia in patients.

Also on the panel are: Sally Bean, an ethicist and policy adviser at Sunnybrook Health Sciences Centre and the University of Toronto’s Joint Centre for Bioethics; Anna Goldenberg, an assistant professor in U of T’s computer science department and a scientist in the genetics and genome biology program at SickKids Research Institute; and Derek Luke, the CEO of InteraXon.