A brain scan of child with medulloblastoma tumour (Wikimedia Commons)

A team of researchers from the University of Toronto’s Donnelly Centre for Cellular & Biomolecular Research and McMaster University have made a potential breakthrough in medulloblastoma, a form of brain cancer that predominantly affects children and infants – a finding that could lead to new, targeted treatments that are less harmful to developing brains.

Rafael Montenegro-Burke, a senior co-author of the research and an assistant professor of molecular genetics in the Donnelly Centre for Cellular and Biomolecular Research at U of T’s Temerty Faculty of Medicine, says the current available treatment has been around for decades and consists of non-selective chemotherapy and radiation that destroy not only the cancer cells but also the healthy stem cells that are essential for brain development.

“The damage that you do to the stem cells will have a huge impact on the brain development of these kids and cognitive function later in life,” he says. “The goal is to find a way to exclusively kill medulloblastoma and not harm the stem cells.”

Working with Sheila Singh, a pediatric neurosurgeon and director of the Centre for Discovery in Cancer Research at McMaster University, the team was able to identify a molecule that is essential for the survival of medulloblastoma cells and target it with drugs to destroy cancer without touching the stem cells. 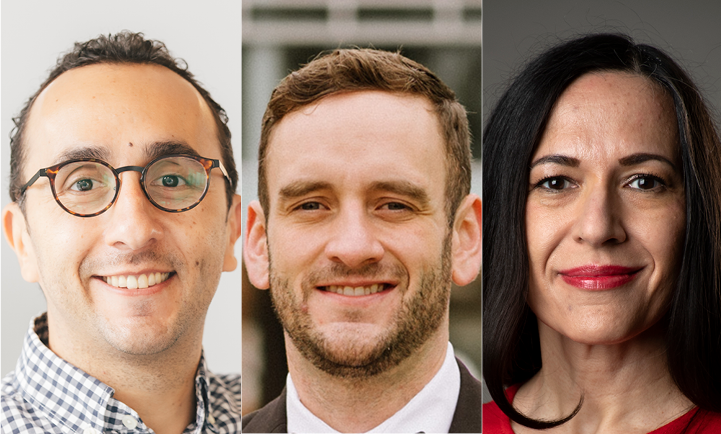 The researchers took a relatively new approach of unbiased metabolomics to look for unique molecular signatures in the medulloblastoma cells that could be exploited for therapy. The field of metabolomics concerns the study of small molecules, or metabolites, that are produced by metabolic reactions in cells, or are taken up as nutrients from their surroundings. These include amino acids, sugars, lipids and other small molecules.

Montenegro-Burke joined the Donnelly Centre in 2020 to establish one of the first metabolomics labs at the university. His group seeks to map metabolite diversity in healthy and diseased cells, and find out how metabolites contribute to disease, including cancer. He was recently named Canada Research Chair in functional metabolomics and lipidomics, a prestigious federal appointment reserved for top scholars in the country.

Compared to genes and proteins, metabolite diversity and function remain largely unexplored, says Montenegro-Burke. Yet metabolic rewiring is a key mechanism that allows cancer cells to rapidly adapt to a changing environment. It was first reported a century ago by German scientist Otto Heinrich Warburg, who won the Nobel Prize for his work in 1931.

“We’ve known for a long time that cancer affects metabolism,” says Montenegro-Burke. “The cancer needs all those nutrients not only to be able to grow, but also to adapt to survive treatment and the immune system.

“Every time we look at these cancer cells and profile them, we see substantial metabolic differences.”

The researchers focused on group 3 medulloblastoma, caused by an overabundance of the MYC protein that spurs cell proliferation. These tumours are “a particularly sinister subtype” as they often spread prior to diagnosis and recur, says William Gwynne, a former post-doctoral researcher in the Singh lab and first author on the paper.

The team compared metabolite diversity between the cell lines derived from patient tumours and healthy stem cells. Using untargeted mass spectrometry, a method for detecting molecules based on their mass, they were able to detect tens of thousands of metabolites – the vast majority of which were unknown. They then applied computational biology approaches that allowed them to identify about 1,000 metabolites, reaching the limit of available technology.

What immediately struck them was that high MYC levels correlated with availability of pyrimidine, a small molecule that is used to create a coating around the MYC protein that shields it from degradation.

They reasoned that removing pyrimidine from medulloblastoma cells would lead to MYC destruction and halt cell proliferation –which is exactly what they observed. Depleting pyrimidine either by removing the enzyme responsible for its biosynthesis, or by inhibiting its function with drugs, triggered MYC degradation in cancer cells, leading them to undergo apoptosis, also known as “cellular suicide”.

“This metabolite is absolutely necessary for MYC to be functional and to drive tumours,” says Montenegro-Burke. “We don’t yet fully understand its role, but we can start thinking about how to treat medulloblastoma.”

Gwynne adds that the inhibitors of pyrimidine biosynthesis have a real potential as drug candidates due to their ability to kill cancer at low doses while sparing healthy stem cells.

Similar compounds are already making their way through clinical trials for the treatment of several other cancers. Here the drugs are used to kill cancer cells by blocking DNA synthesis that also requires pyrimidine. The researchers hope the ongoing clinical studies pave the way for a medulloblastoma trial soon.

If effective, other patient populations could also benefit, as MYC is a known driver of different types of leukemia and breast and lung cancer, says Gwynne.

The study was funded by the Canadian Institutes of Health Research, the Ontario Institute for Cancer Research and donations from the Box Run Foundation and Team Kelsey Foundation.