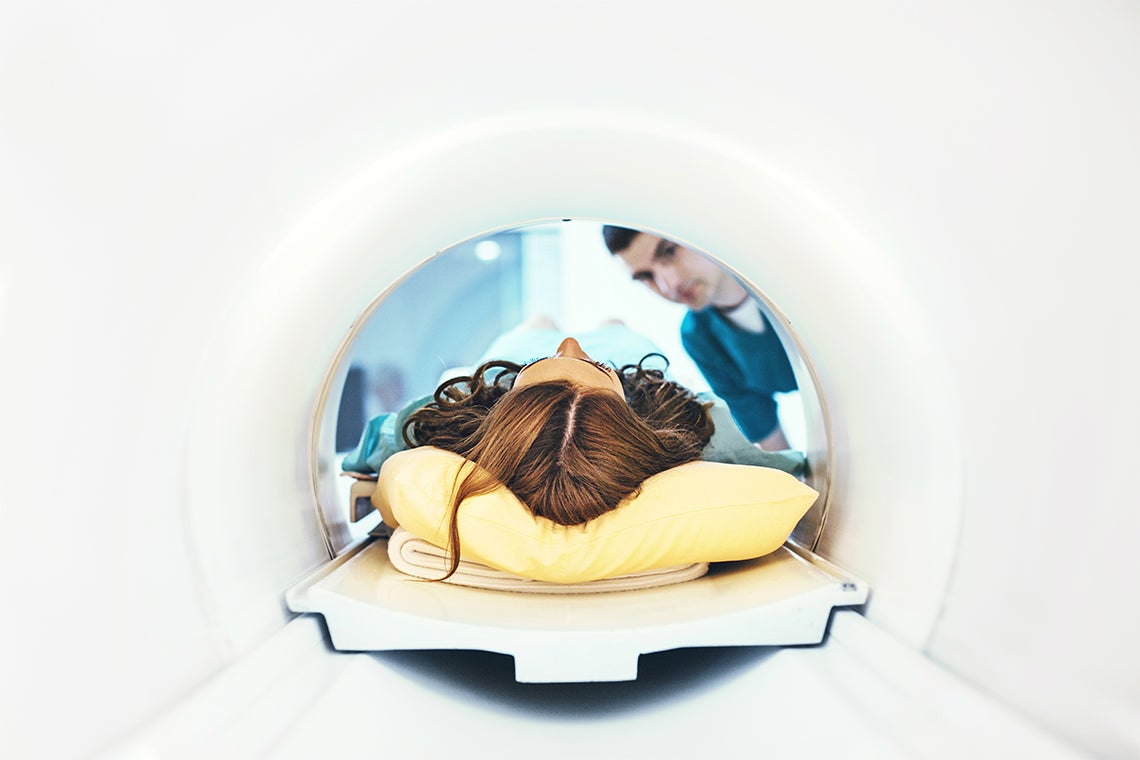 Researchers at the University of Toronto are inching closer to realizing a life-saving brain cancer treatment by using gold nanoparticles to make radiation therapy more effective and less toxic for patients.

In their battle against glioblastoma multiforme (GBM), a rare, fast-growing cancer that begins in the brain, the multidisciplinary team has discovered that the nanoparticles can keep radiation tightly focused on the tumour, shrinking its size and preventing damage elsewhere in the body.

Only a handful of researchers around the world are focused on radiolabeled nanoparticle research for brain tumours. 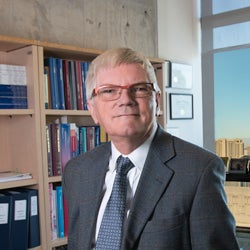 “There is a small group of scientists working on radiation nanomedicines globally – and an even smaller group studying the therapeutic use of radiolabeled gold nanoparticles,” says Raymond Reilly, a renowned specialist in radiopharmaceuticals and professor in the Leslie Dan Faculty of Pharmacy who is supervising the team.

“To my knowledge, we're one of the few groups in the world that have studied local infusion of radiolabeled gold nanoparticles for treatment of brain tumours.”

Anchoring radioisotopes in the brain

In animal studies, the use of gold nanoparticles in radiation resulted in tumours that were no longer detectable by MRI four weeks after the treatment. The researchers also found evidence of prolonged survival – and a potential cure – following the 150-day trial. 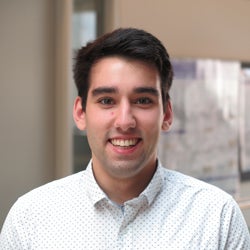 “We use gold nanoparticles to hold the radiation, or radioisotope, where we inject it into the brain,” says Constantine Georgiou, a graduate student in the department of pharmaceutical studies who works with Reilly.

“Without the gold nanoparticle, the radiation leaves the brain tumour, making it non-effective.”

The radiation also effectively erased tumour cells without causing any apparent damage to the brain or other tissues in the body – travelling no more than two millimetres from the site of injection. In other words, there appears to be no toxicity associated with the treatment.

To evaluate the effectiveness of the therapy, Georgiou used innovative imaging techniques such as single-photon emission computed tomography (SPECT) imaging, a type of nuclear medicine imaging that allows researchers to visualize where the gold nanoparticles are located in the brain, and bioluminescence and MRI imaging to track the growth of the tumour.

The project was first developed under Noor Al-saden, one of 10 trainees at U of T who took part in the inaugural 2019 PRiME Fellowship Awards – a program to propel high-risk, high-reward, multidisciplinary research in precision medicine. PRiME is an Institutional Strategic Initiative (ISI) at U of T that connects scientists, engineers and other innovators across different disciplines to accelerate drug discovery, diagnostics and understanding of disease biology.

The development of radiation nanomedicine requires a multidisciplinary approach.

At U of T, the research would not have been possible without the expertise of world-renowned polymer chemist Mitch Winnik, a professor in the department of chemistry in Faculty of Arts & Science. That’s because the radioisotope – in this case, Lutetium-177 – is attached to gold nanoparticles by a polymer synthesised by Winnik’s group, a substance made of large molecules with various metal-binding sites.

The team’s next research phase will take place in a new space at U of T: the Good Manufacturing Practices (GMP) facility in the Leslie Dan Faculty of Pharmacy. Made possible by a $1.3 million grant awarded to Reilly from the Canadian Foundation for Innovation and Ontario Research Fund, the facility was launched earlier this year to create radiopharmaceuticals for clinical trials.

Georgiou and Reilly are currently studying radiation nanomedicine combined with immunotherapy to provide a more durable tumour response to treat GBM. The group also plans to study the effectiveness of other radioisotopes attached to the gold nanoparticles, which may achieve even more precision in erasing cancer cells.

Reilly and Georgiou’s research isn’t the only innovative, brain-focused project that’s being supported by PRiME. 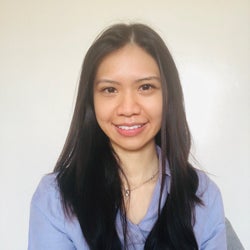 Research by Angela Duong, a U of T alumna and a 2019 PRiME fellow, developed 2D and 3D brain models from patients to gain insights into the role that mitochondrial function plays in neuronal activity – specifically in patients with bipolar disorder.

Working alongside Ana Cristina Andreazza – a professor in the departments of pharmacology and toxicology and psychiatry in the Temerty Faculty of Medicine, with a cross appointment at the Centre for Addiction and Mental Health – Duong built 3D in vitro cultures of brain cells, also known as cerebral organoids, to identify biological targets that can be used to guide the development of therapeutics. In doing so, Duong overcame longstanding hurdles in understanding the biology of patients with psychiatric disorders since researchers previously relied on two limited avenues for investigation: post-mortem brain samples, which are scarce, and brain imaging technologies which are expensive and may require radioactive exposure.

Duong describes her cerebral organoids as “mini brains” that retain patient genetic background, allowing researchers to study human-specific processes that might be related to the clinical diagnosis of the patients.  She says this tool is useful for disease modelling compared to brain samples from animals which do not carry the complex human genes that cause psychiatric disorders.

“In the brain, 20 per cent of our body’s total energy budget is used to support neurotransmission. This is a very energy-demanding process that allows brain cells to communicate with each other, Duong says. “So, if there is metabolic dysfunction in the brain, the process of neurotransmission is also affected, which we think is related to the symptoms and mood changes that we commonly see in patients with psychiatric disorders.”

“By developing 'mini brains' to function as disease models, we can learn what metabolic changes are going on in the brain of actual patients with brain diseases without invasive brain biopsies or studying the brains of mice or rats."

To do this, Duong collected blood samples from patients with and without bipolar disorder and isolated their white blood cells. The cells were then reprogrammed into induced pluripotent stem cells (iPSCs), a stem cell that can be generated directly from a somatic cell, any cell of a living organism other than reproductive ones. Using these iPSCs, Duong later created 2D and 3D brain cells, or organoids.

Duong’s project was among the first to fully characterize the brain’s mitochondrial health, from white blood cells to iPSCs to cerebral organoids. That, in turn, offered validation about whether mitochondria stay healthy throughout the reprogramming and differentiation process. This study provides important groundwork for creating more sophisticated patient 2D and 3D brain cells for disease modelling and the study of mitochondrial dysfunction across a wide range of brain diseases.

The achievement required the multidisciplinary collaboration of three different U of T labs. 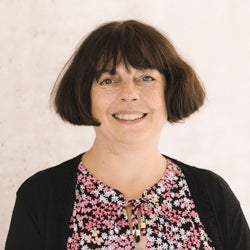 The goal of Attisano’s lab was to develop protocols to produce cerebral organoids that were all the same size and shape to decrease variability, making it easier for researchers to find the answers to their questions. To accomplish this, researchers added growth factors or inhibitors that moved the cells into a neural lineage. After that, the cells divided and developed for about a month – just as they would in a human brain. The lineage can also be modified to make organoids for other body parts, such as the liver.

Beaulieu’s lab, meanwhile, provided equipment and resources to characterize the electroactivity of the neurons within the organoids.

Duong’s technological model is now being used by Andreazza to further develop cerebral organoids to further investigate a range of psychiatric conditions.

Meanwhile, Attisano is making cerebral organoids available for researchers across Toronto with an organoid production platform called Applied Organoid Core (ApOC), funded by the Brain Canada Foundation’s 2019 Platform Support Grant, and U of T’s Medicine by Design strategic initiative. The ApOC is a $1,425,000 grant. Through this project, Attisano is collaborating with other researchers who want to use cerebral organoids to map human brain development and disorders such as epilepsy.

“When it comes down to it, brain disorders are simply a kind of alteration in molecular components that result in altered behaviour. It’s no different from a mutation that makes you susceptible to cancer. But we never had the capacity to study this,” Attisano says.

“Cerebral organoids give us that potential.”

This article is part of a multimedia series about U of T's Institutional Strategic Initiatives program – which seeks to make life-changing advancements in everything from infectious diseases to social justice – and the research community that's driving it.