Profiles of U of T alumni: hail to the chef! 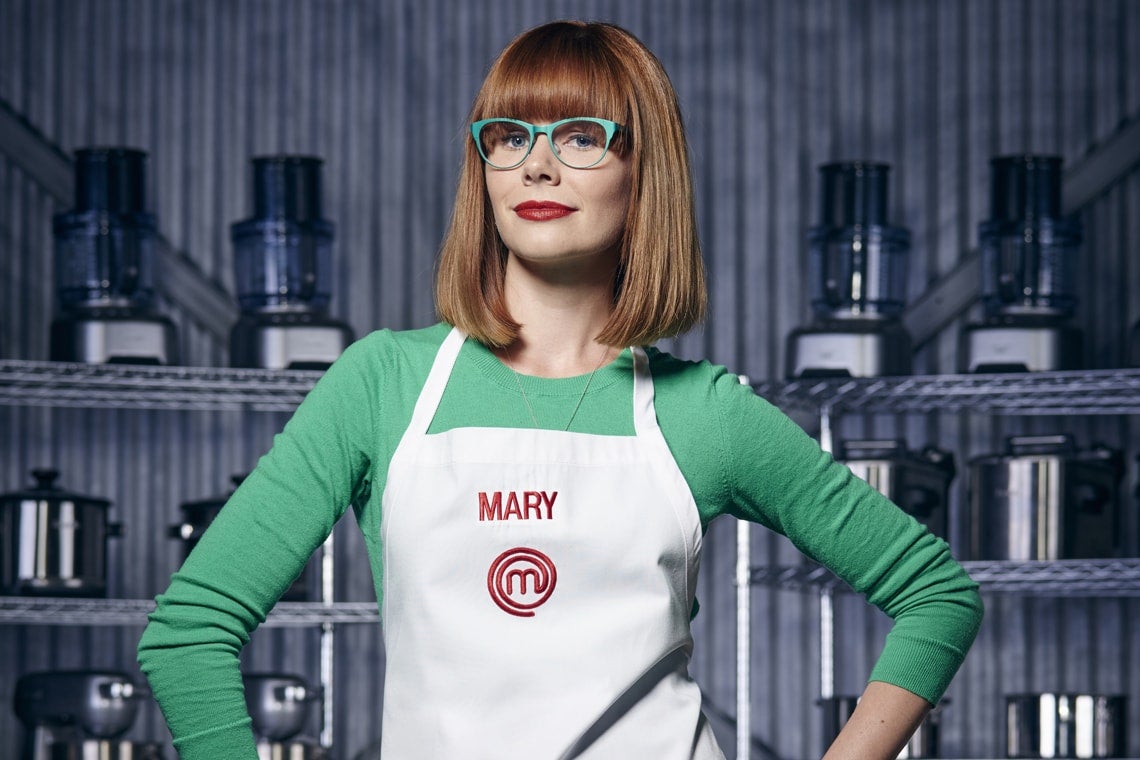 Developing recipes is one of Mary Berg’s favourite things to do. It’s central to her long-term ambition of building a career in catering and food media (photo courtesy of CTV)

A golden borscht soup helped alumna Mary Berg win the title of MasterChef Canada. She now serves up her recipes on CTV’s “Your Morning” show

She may have won out against all the other cooks on MasterChef Canada, but Mary Berg, who earned a master’s in information from U of T in 2014, has a surprising kryptonite in the kitchen.

“I am truly terrible at cooking rice,” she says. “I’m so thankful it never came up in the competition.”

Since taking the $100,000 top prize on the hit TV show’s third season this spring, Berg has gone from working at an insurance brokerage and cooking for friends and family to making a living at her longtime passion. Her winning dish? It included golden beet borscht, surf and turf with beef tenderloin, and blueberry financier.

Berg recently launched a small catering business out of her apartment, is working on menu development for some Toronto-area restaurants and has a regular gig on CTV’s “Your Morning” show demonstrating her original recipes in front of a live audience. There’s also a new television project in the works with Bell Media, but she can’t reveal the details.

“All I can say is that I’m very excited about the current trajectory of my life,” she says.

Berg was just four-years-old when she first got involved with meal preparation at home. Her father died in a car accident that year, and she wanted to help her mother.

“My mom wasn’t a big cook, so the best place for me to do that was in the kitchen,” she says. “I was mostly serving up cereal with water, because I wasn’t allowed to pour milk, but by the time I was seven I really got into cooking. And by 13 I’d taken over all the meals.”

Berg learned by reading cookbooks, watching cooking shows and experimenting. Sometimes, she’d become mildly obsessed with a certain food and make it all the time – homemade ice cream one summer, for example, then crepes next. These indulgences made people happy, she says, which fuelled her desire to keep learning.

“I cook from the heart. Food is about sharing, and I love watching people I love enjoy my food.”

Cooking has always been the way Berg de-stresses. As a graduate student at U of T, she would invite people to dinner whenever she had an exam or a big paper due.

“Sometimes I just wanted to cook a chicken,” she says, “[even though] I don’t eat chicken.”

She also doesn’t eat red meat, but includes dairy, eggs and fish in her diet. Giving up meat 15 years ago was more of a health-based decision than a moral one, she says.

“As a kid I ate bacon like it was my job, but there came a time when I felt I’d reached my quota.”

Since then, she’s relied on smell, feel and intuition to cook meat.

The science of food – how heat shrinks the muscle fibres in meat, what noodle shapes are best for certain sauces to cling to and “other things nobody thinks about” – fascinates Berg.

Developing recipes is one of her favourite things to do and central to her long-term ambition of building a career in catering and food media. She says that her degree from U of T, for which she specialized in knowledge and information management, will come in handy.

“Everything is going digital, including recipes, so I’ll be able to apply it in any of the places I end up.”

One place Berg has no plans to end up is a restaurant kitchen. The late nights and intense lifestyle just don’t appeal to her.

“Although I’ve never experienced it, I’m aware of the boys’ club in professional cooking,” she says.

As the first female winner of MasterChef Canada, she hopes to play a small part in changing that culture.

“After I won, I got letters and videos from girls and their moms saying how inspiring it was. I never expected that, and I feel the pressure now to be a role model. I welcome it with open arms, and I hope I’m a good one.”