Order of Canada recognizes U of T leaders 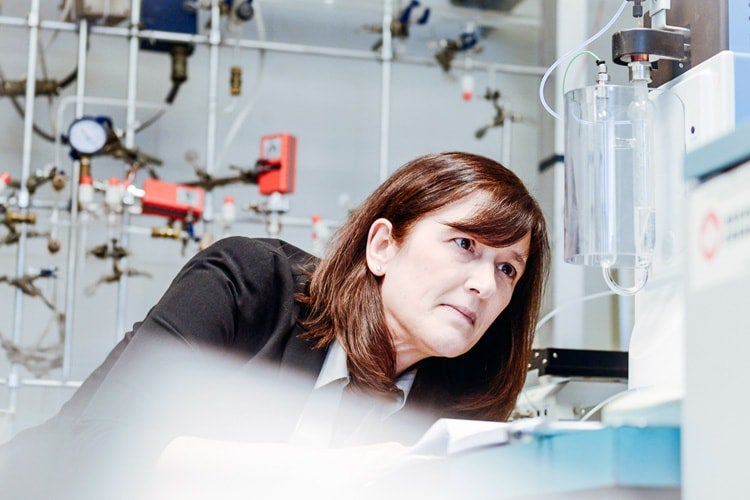 The Order of Canada is recognizing six leaders from the University of Toronto’s Faculty of Medicine, Faculty of Arts & Science and Rotman School of Management today for their contributions to the country across a diverse range of fields.

“I'm delighted to see the Order of Canada recognize such eminent and deserving members of the U of T community,” said President Meric Gertler. “The motto of the Order of Canada, Desiderantes meliorem patriam, translates from Latin to ‘They desire a better country’ – and these leading scholars and dedicated citizens have made extraordinary contributions to building a better country and a better world.”

Sherwood Lollar a University Professor in earth sciences, is renowned for her pioneering research into billion-year-old water and the clues it may provide to ancient life on Earth and Mars. Her work has been recognized internationally for its contribution to deep subsurface microbiology and hydrocarbon geochemistry, as well as astrobiology and space exploration.

The graduate of Harvard, Waterloo and Cambridge universities has earned many awards, including a Steacie, a Killam and the Eni Award for Protection of the Environment, as well as recognition from the American Geophysical Union, Geological Society of America and Helmholtz Foundation. In 2013, Canadian Geographic selected her as one of their “Ten Canadians Changing the World.” And this past February, she won the prestigious NSERC John C. Polanyi Award.

Read more about the Polanyi Award

A Tier I Canada Research Chair in isotopes of the earth and environment and director of the Stable Isotope Laboratory, Sherwood Lollar receives the Order for her contributions to geochemistry, notably in the development of innovative mechanisms for groundwater remediation, and for her discovery of ancient fluids that hold implications for life on other planets.

There are three levels of the Order of Canada – Companion, Officer and Member – which recognize national pre-eminence or international service or achievement, national service or achievement, and outstanding contributions at the local or regional level or in a special field of activity, respectively. In a statement on its website, the Governor General’s office says the Order recognizes “people in all sectors of Canadian society. Their contributions are varied, yet they have all enriched the lives of others and made a difference to this country.”

John Richard English who was previously named a Member of the Order of Canada has been promoted within the Order to Officer for his contributions as a historian, author and administrator who has expanded our knowledge and understanding of Canada’s rich political heritage. A professor (status-only) in the department of history, English is the director of U of T’s Bill Graham Centre for Contemporary International History at Trinity College.

Professor Andres Lozano receives the Order for his contributions as a neurosurgeon who helped to establish deep brain stimulation as a globally recognized treatment for movement disorders. A University Professor in the department of surgery, he holds a Tier I Canada Research Chair in Neuroscience. He is named an Officer of the Order of Canada.

Professor Catharine Whiteside receives the Order for her leadership in academic medicine and nephrology, and for her scientific contributions to our understanding of the cellular mechanisms underlying kidney disorders. Whiteside, the former dean of U of T's Faculty of Medicine is named a Member of the Order of Canada.

Professor Roger L. Martin receives the Order for his leadership in business education and for his innovative studies in corporate management. Martin, who served as the dean of U of T's Rotman School of Management from 1998 to 2013, is the institute director of the Martin Prosperity Institute. He is named Member of the Order of Canada.

James G. Wright is a professor at the department of surgery, department of public health sciences, and department of health policy, management and evaluations. He receives the Order for his advances in the field of pediatric orthopedics, notably in identifying the optimal treatment for a number of childhood conditions requiring surgery. A Fellow of the Canadian Academy of Health Sciences, Wright is named a Member of the Order of Canada.

Nominations for the Order are reviewed and voted on by an independent advisory council chaired by Chief Justice of Canada Beverley McLachlin.

Read about previous Order of Canada recipients at U of T