Opportunity out of adversity: U of T entrepreneur wants to make paper medical records history 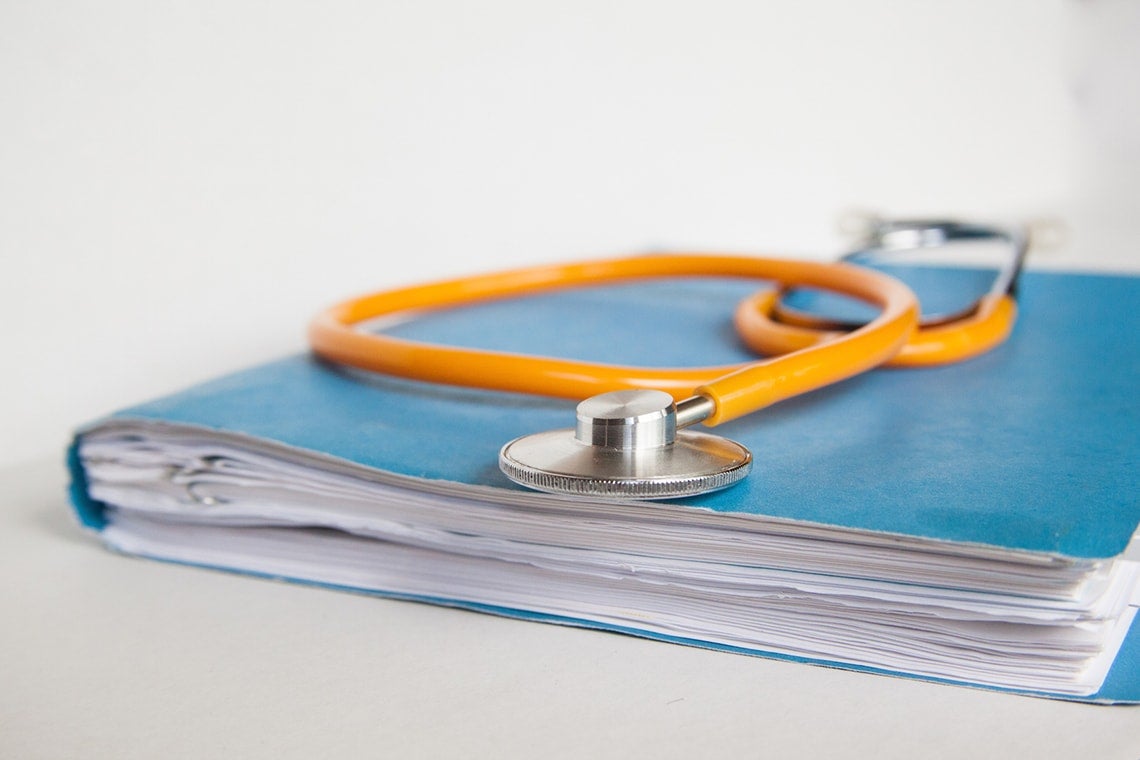 MedChart, co-founded by two U of T alumni, allows Canadians to control their personal medical information (photo by Weiss Paarz via Flickr)

MedChart collects patients' health records, digitizes them and stores them in the cloud

James Bateman had already made an improbable leap from home construction to quantum mechanics when life threw up a detour sign.

The University of Toronto PhD candidate’s father-in-law was diagnosed with cancer, plunging the entire family into a vortex of doctor’s appointments and hospital visits.

In addition to dealing with the stress of the devastating diagnosis, Bateman says his mother-in-law was at risk of being buried under an avalanche of paperwork as she struggled to co-ordinate his care across nearly a half dozen sites.

“He lived in Markham and was going to two downtown Toronto hospitals, as well as a community hospital in Markham and a cardiac facility in Newmarket,” recalls Bateman. “We also had public and private home-care agencies, and a primary care physician as well.”

“The only way to do it was to actually have a copy of the medical file from each place so she could walk into the offices with the information in-hand.”

Bateman figured there had to be a better way.

With the help of Start @ UTIAS and The Entrepreneurship Hatchery, two of the many entrepreneurship hubs that form the backbone of U of T’s vibrant startup ecosystem, Bateman last year launched MedChart with co-founder and fellow U of T alumnus Derrick Chow.

For a $20 fee, MedChart will arrange to pull a patient’s records from a single institution, digitize them if necessary and store them in the cloud. There is also a $10-per-month subscription service available for patients, like Bateman’s father-in-law, who are dealing with multiple institutions. Any additional expenses charged by hospitals and doctor's offices are passed along to customers.

Read more about MedChart in Betakit

MedChart is hoping to seize the opportunity presented by Canada's glacial approach to digitizing patient records. Despite collectively spending billions on the issue, governments have yet to come up with a seamless solution that works across multiple health-care providers.

A 2016 report by Ontario’s auditor general, for example, estimated the cost of implementing the province’s electronic health record initiative, coordinated by eHealth Ontario, over the past 15 years at more than $8 billion, once spending by doctors’ offices and hospitals is factored in. Even so, the report noted the province failed to meet its stated goal of creating a fully integrated provincewide network by 2015.

Part of the problem, according to Bateman, is different health-care institutions operate different electronic systems. Many don’t speak the same language. “No one has yet been able to solve the problem and, in my opinion, that’s because nobody has put the patient at the centre,” Bateman says.

“MedChart allows you to get the full ten years of health information of every single type – your imaging files, imaging reports, pathologies, labs and medical consult notes.”

Eyeing the opportunities presented by an aging Canadian population, MedChart is now up and running in all provinces and claims to have so far successfully pulled patient data from more than 1,000 different health institutions. As passionate as Bateman is about MedChart, it’s hardly the type of company he envisioned himself launching when he originally applied to U of T to study engineering science – a time in his life when he was framing houses alongside his father.

“I always had a curiosity and an interest in science – so when guys on the job site were talking about the football game, I was talking about what’s happening on the Large Hadron Collider,” Bateman says.

Bateman later decided to holster his hammer and follow his passion. He attended night school to bolster his high school transcripts, applied to U of T and went on to tackle three difficult degrees, starting in 2009. That includes a master’s and PhD that focused on nanoelectronics and quantum mechanics, working alongside Professor Sorin Voinigescu in the Faculty of Applied Science & Engineering.

“I always thought I was going to build a quantum computing or quantum mechanics-based startup,” Bateman says. “If this hadn’t happened with my father-in-law, that’s the direction I would still be headed in today.”

Indeed, Bateman is no stranger to the idea of running his own business. As a child, he enlisted his friends to weave friendship bracelets on his patio, selling them at a profit to kids down the street. Just before he started as an undergrad at U of T, he launched his own home-renovation business, focusing on kitchens and bathrooms. He even launched a startup that filmed rugby referees and provided critiques.

These days, however, Bateman is consumed with solving the myriad challenges MedChart faces as it attempts to scale up its business. That includes the time-consuming task of pulling individual patient records, particularly those that haven’t yet been digitized.

To speed things along, MedChart is running a pilot project with Southlake Regional Health Centre in Newmarket, Ont., that will effectively integrate the hospital’s portal with MedChart’s, allowing records to be transferred to MedChart's user accounts with a couple of mouse clicks. The hope is to have 30 hospitals on the system by the end of next year.

Bateman is also building a potentially lucrative side business for MedChart that serves law firms and insurance companies, which often require access to clients’ health records to build cases.

Why does Bateman think MedChart can succeed where so many others have failed? He argues consumer moderated models are more in keeping with Canadians’ growing, Internet-age desire to control their personal information, noting that several European countries have successfully adopted such a system.

Some experts also argue that patient-centric models like MedChart's could be key to realizing the full potential of artificial intelligence systems that search for lurking diseases and other public health threats. That's because AI algorithms require access to big, shared databases to work their magic but must also respect patients' privacy.

“For my mother-in-law, it would have meant more time spent with my father-in-law as a caregiver,” he says, “not dealing with administrative work.”