Ontario launches concussion awareness campaign at U of T event 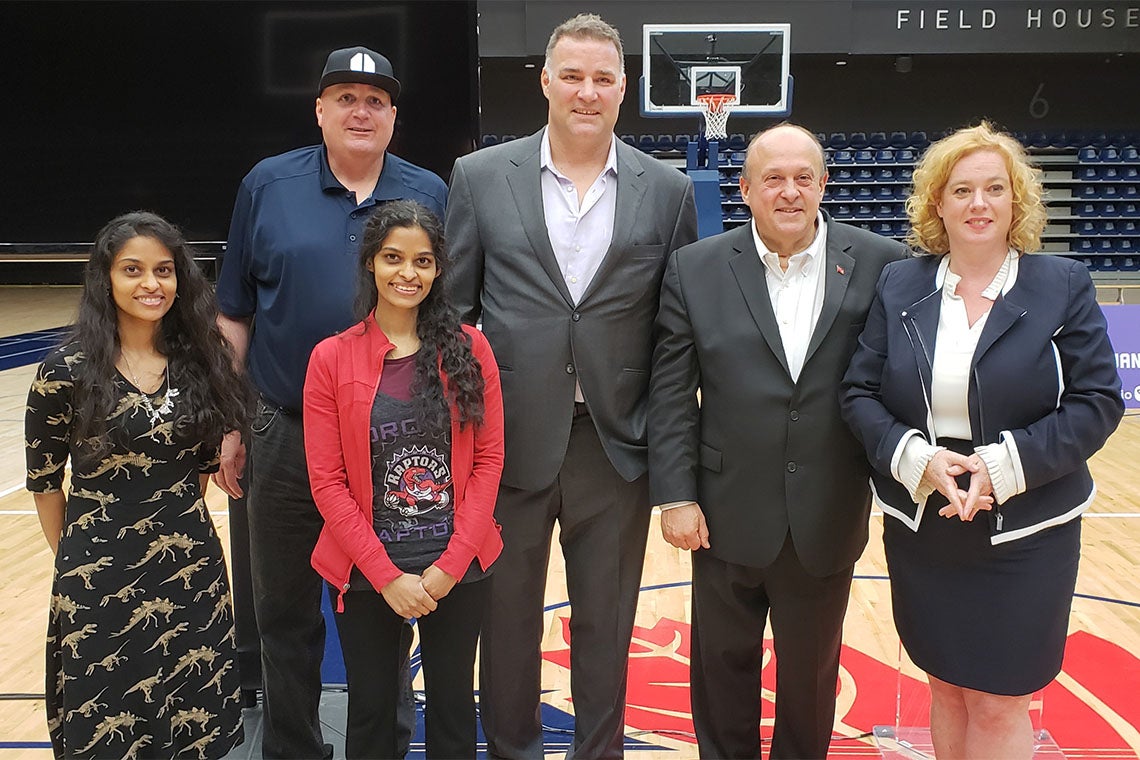 The Ontario government has a simple message for amateur athletes, children and youth: If you’re hit, stop and sit.

The message is part of a concussion awareness campaign unveiled Monday at the University of Toronto, where researchers have conducted significant research into the issue of concussions in sport and have helped influence policies aimed at their prevention.

The campaign is tied to Rowan’s Law, a piece of concussion-safety legislation that Ontario passed unanimously in 2018 and is named after  Rowan Stringer, a 17-year-old rugby player from Ottawa who died after suffering a fatal concussion.

“Concussions happen, unfortunately, but knowing what to do if a concussion happens – whether you’re an athlete, a student, a parent, a coach, an official or an educator – can save lives.”

Tibollo was at U of T’s Goldring Centre for High Performance Sport for the official launch of the campaign. He was joined by Lisa MacLeod, the minister of children, community and social services who sponsored Rowan’s Law, Rowan’s father Gordon Stringer and hockey hall of famer Eric Lindros, who is a concussion awareness advocate.

Following the announcement, Tibollo toured the David L. MacIntosh Sport Medicine Clinic, housed on the fourth floor of the Goldring Centre overlooking Varsity Stadium. The clinic has been treating sport-related injuries, including concussions, for over 80 years and benefits from the expertise of staff and faculty, including Doug Richards, the clinic’s medical director and staff physician, as well as an assistant professor in U of T’s Faculty of Kinesiology & Physical Education (KPE), Michael Hutchison, director of the clinic’s concussion program and a KPE assistant professor, and Lynda Mainwaring, an associate professor at KPE who studies the psychological impact of concussions.

The new provincial awareness campaign includes a video featuring a young athlete who keeps taking hits to the head during soccer games and eventually collapses on the field. It’s followed by the message: “Don’t risk everything.”

The ad has been playing in cinemas across Ontario and aired during Monday night’s NBA Finals game between the Toronto Raptors and the Golden State Warriors, which drew a record TV audience.

“I am so proud to lend my voice to raising awareness about concussion safety,” Lindros, who experienced the effects of concussion first hand, said in a statement.

“Rowan’s Law is using the slogan ‘Hit-stop-sit’ to encourage kids to stop and sit it out when they get hit in a game. No one should play through a potential concussion.”

The Rowan’s Law awareness campaign encourages coaches, parents and players to move away from a culture that glorifies “warriors” who jump back in the game too soon after a concussion, urging them instead to recognize the serious nature of concussions and the time that is required to treat them.

Sandhya Mylabathula, a PhD candidate in the exercise science program at KPE, and her twin sister Swapna, who is pursuing a PhD degree in the Faculty of Medicine, were consulted on an Ontario policy on concussions that was implemented in public schools and was a precursor to Rowan’s Law.

“There is so much that we can do for mandatory prevention, diagnosis and awareness and seeing some of our recommendations show up in Rowan’s Law is both exciting and timely,” said Sandhya.

“I think it’s great that we have an awareness campaign that’s going to be reaching so many people in all sorts of ways – through video, print and social media. Concussions affect everyone and any awareness helps,” added Swapna.

Other U of T researchers who have made significant contributions to concussion research and policy include Michael Cusimano, a professor in the department of surgery who has been raising awareness about the severity and prevalence of concussions in sport for more than a decade, and Charles Tator, a professor of neurosurgery and director of the Canadian Concussion Centre.

Professor Ira Jacobs, dean at KPE, said he was keen for the faculty to host this event because it exemplifies what all universities should aspire to do.

“That is to expose students to cutting-edge knowledge generated by scientists, but also to teach them to be leaders – to actually apply that knowledge, so that society can make informed choices about policy,” he said.

“What you have done collectively to inform society and to make real change is something deserving of our gratitude.”