The next generation of solar pioneers: U of T alumni are electrifying the Democratic Republic of Congo 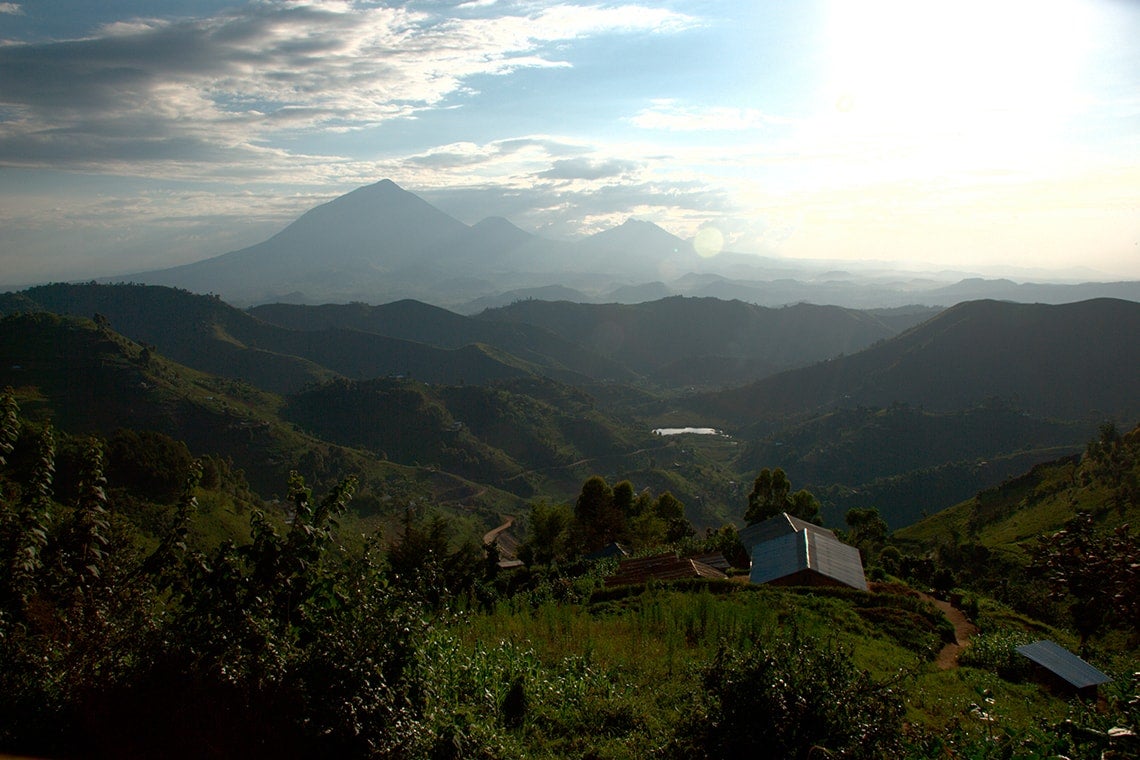 John Paul Morgan found himself in the middle of a civil war. It was 2006, and after completing his graduate studies in electrical engineering at U of T, the 27-year-old had a one-year contract position with Doctors Without Borders (DWB) in Shabunda, a small town in the South Kivu region of the Democratic Republic of Congo (DRC).

“The town was strategically important to various warring factions and kept getting taken and retaken by different sides,” says Morgan. “As a result, it had a very acute medical crisis that needed addressing. DWB had established a fairly large network of hospitals and clinics, and I was in charge of logistics.” U of T Engineering alumnus John Paul Morgan was inspired to found his company, Morgan Solar, by his experiences with Doctors Without Borders in the Democratic Republic of Congo (photo courtesy of John Paul Morgan)

Over the next 12 months, Morgan handled everything from construction and personnel management to making sure the organization had medical supplies and food. One thing that struck him during this time was the negative impact a lack of electricity was having on the local population.

“At the hospital, water was being supplied by a train of 20 labourers going up and down a hill all day to fetch water from a spring in jerry cans,” Morgan explains. “That simple necessity of fetching water could be addressed with pennies worth of electricity.”

Under Morgan’s direction, DWB installed a pipeline that provided some 90,000 gallons of water a day to the hospital for drinking, surgeries, showers and cleaning.

“It was a massive project, but at the end of the day there was a pole with two standard solar panels and a little electrical pump running the whole thing,” says Morgan.  “That gives you a sense of how much potential there is in solar.”

According to a 2014 publication by the International Energy Agency, some 60 million people in the DRC – over 75 per cent of its population – do not have access to electricity. Solar power represents the most abundant form of renewable energy on Earth, and two pioneering U of T Engineering alumni are developing and delivering the technology that may help to electrify the nation. 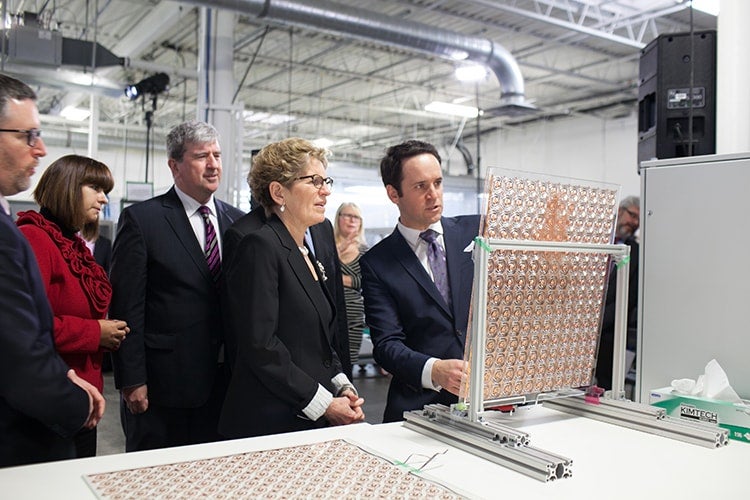 Before leaving Shabunda, Morgan learned from the DWB doctors that there was a very strong correlation between access to electricity and a reduction in disease.

“It just seemed wrong that in 2006 so many millions of people should have to live without light because it wasn’t affordable.  So I wanted to figure out a way to fix those problems.”

When he returned to Canada, Morgan leveraged his education to found his own solar energy startup, Morgan Solar. The company’s flagship product is a solar module developed by Morgan called the Sun Simba.

“We invented a way to make a super low-profile optic that traps light in the solar panel and guides it to a solar cell,” he explains. “This lets you reduce how much solar cell material you need to use, which also reduces the cost.”

After developing the Sun Simba, Morgan noticed a need for an inexpensive and easy-to-assemble tracking system to make this technology scalable. His answer is the Savanna Tracker, which can be assembled in minutes using only hand tools.

Morgan noted that inexpensive solar solutions like his company’s have the potential to address energy poverty in a way unlike other energy sources because it can be decentralized. He expects that solar mini-grid solutions will become increasingly common in Africa.

“It will be just like with cell phones,” says Morgan. “They leapfrogged past the need to build landlines, and jumped straight to cellular. With energy, they’re going to bypass the need to make expensive and difficult to maintain electrical grids, and go straight to solar.” 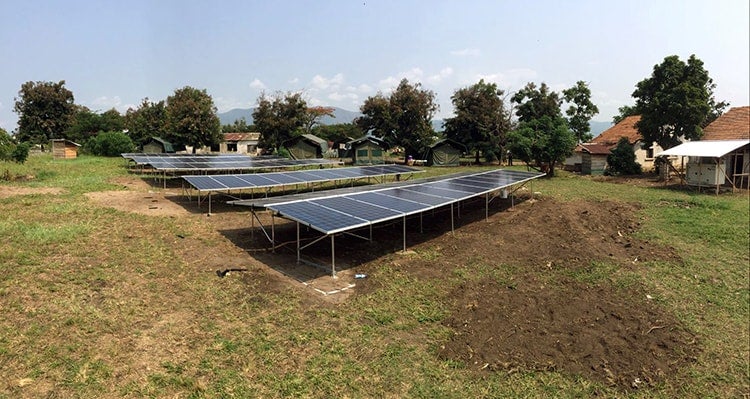 U of T Engineering alumnus Shawn Qu is an indisputable leader in the solar field. In 2001 he founded Canadian Solar, which has grown to become one of the world’s largest solar power companies. Canadian Solar has successfully delivered solar modules to over 90 countries – one of which is the Democratic Republic of Congo.

This August, Qu donated a number of 30-kilowatt solar panels to Virunga National Park in the DRC to establish the park’s first mini-grid system. Poaching and the Congolese Civil War have significantly reduced plant and animal wildlife in Virunga. Electrification in the park has potential to prevent further destruction by powering security lights and radios that will enhance the park rangers’ ability to protect wildlife in remote areas at night.

“Protecting endangered species and environment is every corporate citizen’s responsibility,” said Qu in a press release issued by Canadian Solar. “As a founder and CEO of a world leading PV solution provider, I am happy to be able to empower rangers in their endeavour.”

Qu is also helping to support the next generation of solar researchers at U of T Engineering. In 2015, Canadian Solar committed $400,000 to support solar research at the faculty through the TalentEdge program.

Morgan, who has been giving back to his alma mater by serving on U of T Governing Council since 2013, sees solar as the only practical option for electrifying not only parts of Africa but the world.

“We can’t power the world off of wind, unless we’re willing to reduce our consumption by a factor of 10, and that doesn’t seem possible,” he says.  “Solar is the only real technology that can meet humanity’s needs and do it in a way that will last for more than 40 years and won’t wreck the planet in the process.”