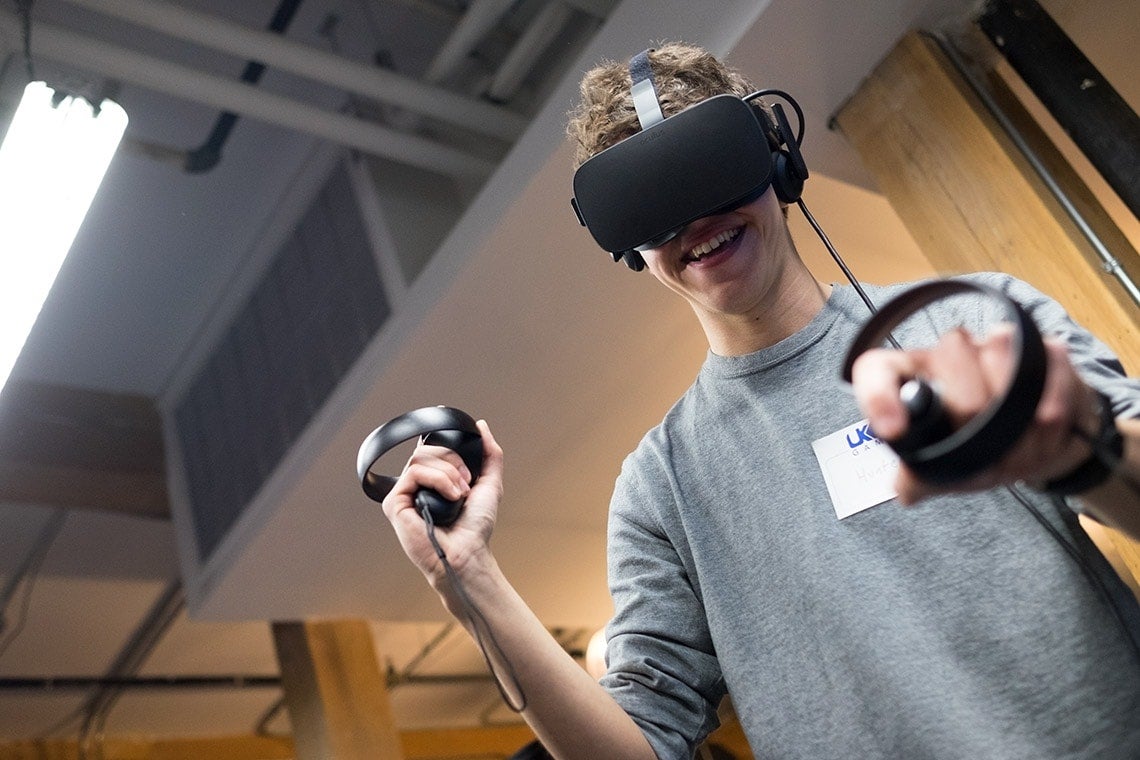 The Super Mario Bros. jingle seems to have almost as many fans as the classic video game itself. The theme song has inspired innumerable covers on YouTube – some with millions of views – performed with instruments as varied as the marimba and four calculators.

Yet, while songs and effects are an important part of gameplay, few programmers can write music as well as they write code.

University of Toronto computer science students turned to their peers in the Faculty of Music for help making games that are as fun to listen to as they are to play. The games will be presented on April 4 at Level Up, an annual showcase for video games made by university and college students across Ontario.

All too often, music and sound effects are afterthoughts in amateur video games, says Steve Engels, an associate professor of computer science, teaching stream, at U of T. “People leave it to the end and use whatever they find for free, and just tack it on,” he says. “But the music is part of the storytelling.”

He founded Level Up with OCAD University Associate Professor Emma Westecott. Over the years, U of T computer science students collaborated with OCAD U students, who produced art for the games.

In the past, the students relied on royalty-free music they found on the internet, but this time U of T student-musicians have helped raise the games to a new level.

Felipe Téllez, a musical arts PhD student in composition, worked with his team on a game called Viewpoint in which, as the title suggests, the central game mechanic involves shifting perspectives. The player toggles between two and three dimensions to solve puzzles.

Téllez, who has composed scores for short films and indie games, started with samples of music, artwork for Viewpoint and a beta version of the game. He looked for a story arc. “Is the character going from light to darkness in terms of mood? Is it pensive? If it's a puzzle game, you don't want the music to be over-active because there's going to be a lot of time when the player is just thinking,” he says.

He also wore the hat of sound designer, producing effects for player actions. He asked questions such as: If there is a noise when players jump, what happens when they die and when they re-spawn?

When a digital orchestral palette wasn't enough, Téllez made his own instrument. He used an EBow, a brand of electromagnetic string driver, on piano strings and recorded notes minus the striking sound of hammers, he says.

“It sounds like the piano being played with a violin bow,” he explains.

Kami was designed by U of T computer science students Justin Li, Jiachen (Lorinda) He, Meeral Qureshi. The music was composed by U of T's Keyan Emami. And the art was created by OCAD U students Joyce Ong, Sachin Jayaram and Becky Wu.

And one group cooked up a much sillier mood for their game Kitchen Brawl with an accordion and keyboard score. The point of the game is to whip up a dish and impress a judge – all while sabotaging your rival.

The player's avatar, in chef's whites and coloured puffy hat, races the clock to bring ingredients to a counter. To spice up the gameplay, the designers added a competitive element: A player can tackle their opponent and steal their ingredients.

The players duke it out in the kitchen to the sound of an accordion melody interspersed with celebrity chef Gordon Ramsay clips (“You donkey!” and “Oh. My God.”)

“Any way the players can screw each other over generates a lot of laughs,” says Bence Linder, a computer science student who helped develop the game.

Level Up is being held Wednesday at the Design Exchange at 234 Bay St. from 5 to 10 p.m. The event is free and open to the public.