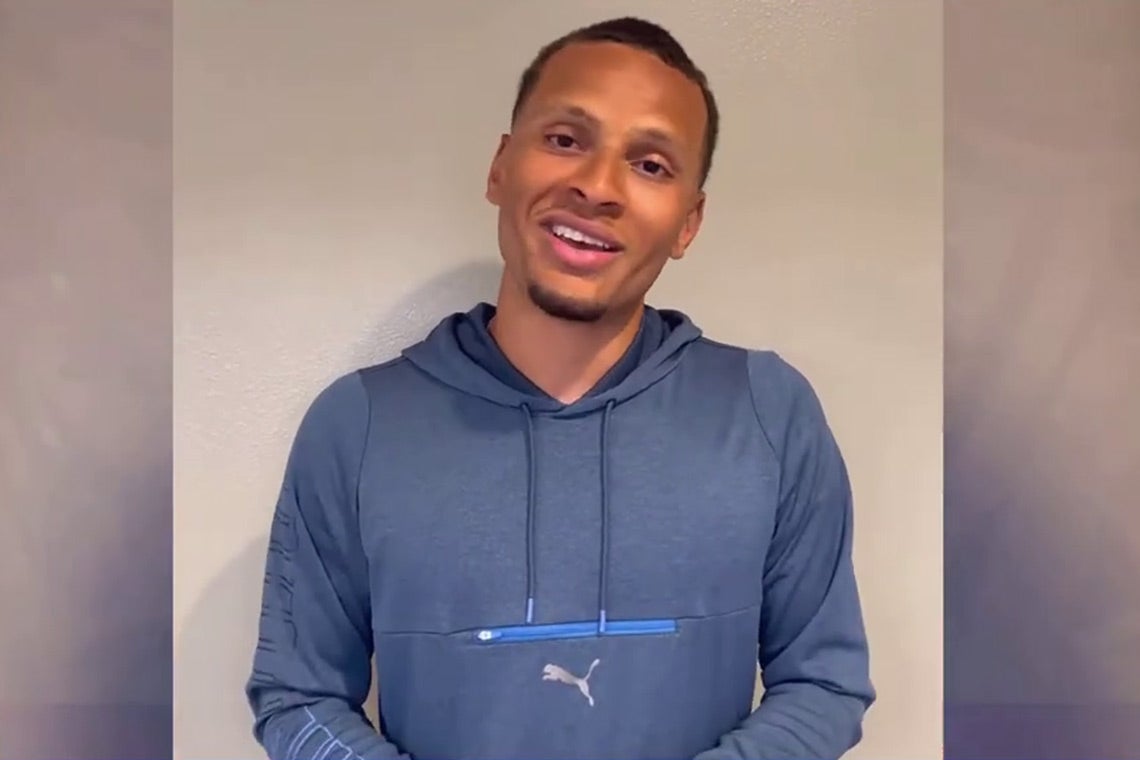 But that wasn’t necessarily the case when he was a child.

De Grasse said he was no match for his parents when they chased him around the house for misbehaving.

“When you have Caribbean parents – if you know, you know,” he said during a Q&A session on Monday that was part of the University of Toronto’s Black History Month Luncheon and included questions submitted by high school and elementary-age kids.

In his Q&A, De Grasse described the feeling of standing on the podium in the last Summer Games, but stressed he wants to do more than expand his trophy cabinet.

“Definitely that was a big moment for me to be able to win a gold medal, and now I’m going to try to do my best to continue to inspire and empower the next generation going forward,” he said, citing the work of the Andre De Grasse Family Foundation.

The charity aims to inspire and support youth through access to education, sport and health care.

De Grasse was the keynote speaker at this week’s virtual Black History Month Luncheon, which celebrates Black culture – and food – and marked its 20th anniversary this year. He spoke with Glen Boothe, one of the event’s founders and an employee in the division of university advancement.

From humble origins, the Black History Month Luncheon has grown into one of the most highly anticipated events on the U of T calendar over the past two decades, complete with star-studded guest line-ups. 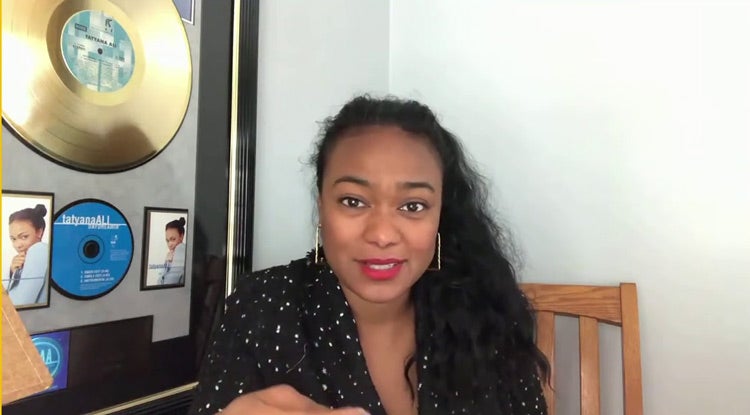 Tatyana Ali, known for playing Ashley Banks on The Fresh Prince of Bel-Air, encouraged young people to follow the example of change-makers before them and pursue their ambitions.

This year’s luncheon opened with a rendition of “Lift Every Voice and Sing,” also known as “the Black national anthem,” performed by Toronto-born gospel singer, Londa Larmond. The event also featured music and dancing by Austin & Afro Beats Band and drew more than 300 public schools and 20,000 registered students.

“It’s wonderful to see how – despite the online format – it still brings people and cultures together to celebrate Black history month and community leaders, and U of T’s Black community in particular,” President Gertler said.

Asked for her thoughts on Black women’s role in helping to create a just society, Ali said Black women “have been doing extraordinary work throughout history – not just American history but world history – and whether that work is in our homes, in our communities, in the political sphere, in the sciences, in the arts – you name it, and Black women have been a part of it.”

She encouraged the younger generation to follow the example of change-makers before them and pursue their ambitions. 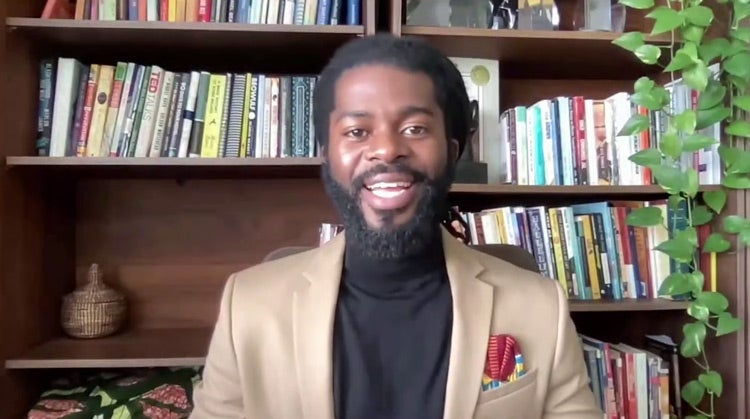 Adjei, meanwhile, performed his poem “Flowers,” a tribute to his late aunt that’s about leaving a mark in one’s lifetime and appreciating loved ones before they are gone.

De Grasse's mother, Beverley, also dropped into the Zoom event to collect a U of T advancement achievement award on her son's behalf. She said her son was honoured to receive the award,  joining the ranks of past winners such as Masai Ujiri, president and vice-chairman of the Toronto Raptors, and Jean Augustine, the member of Parliament who introduced the motion to recognize February as Black History Month in Canada.

As for De Grasse himself, he told attendees about his role models – his youth coach Tony Sharpe and Raptors legend Vince Carter – how he and his partner, U.S. Olympian Nia Ali, juggle top-level athletic careers and parenting.

“We try to set a schedule. We know we have the kids, we have our competitions, but we try to come up with a plan that makes both of us successful,” De Grasse said.

Would they encourage their kids to follow in their footsteps? De Grasse said they support their children in all endeavours.

“I support them in whatever it is – but if they do become track stars, of course I’ve got to give them some tips.”