Celebrating Black culture – and food: Glen Boothe on the origins of U of T’s Black History Month Luncheon 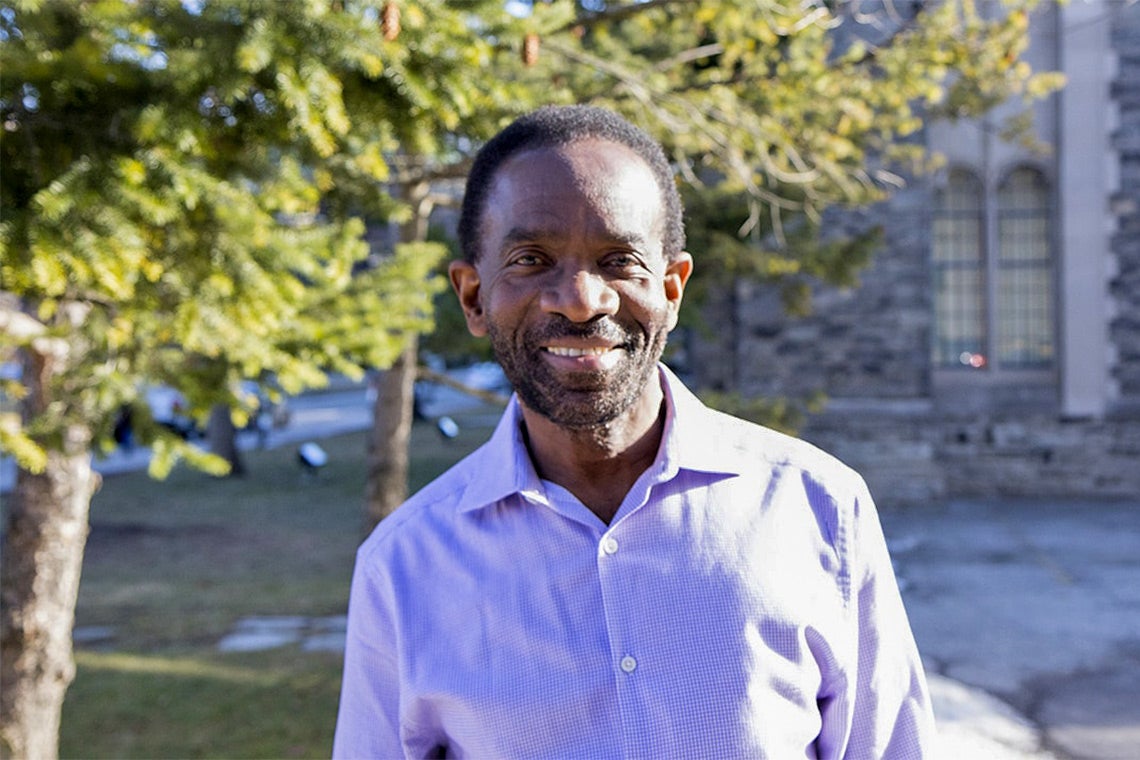 Glen Boothe and his colleagues in U of T’s department of advancement created the Black History Month Luncheon, which is celebrating its 20th anniversary this year, to celebrate Black culture and excellence (photo by Veronica Zaretski)

Glen Boothe began working at the University of Toronto in the late 1990s – just a few years after Canada formally recognized Black History Month – and soon spotted the need for an event that celebrated Black culture and excellence, while fostering community spirit.

So, he and his colleagues in the university’s department of advancement worked to create the Black History Month Luncheon – the key ingredients of which are a prominent guest speaker and Black food.

Two decades later, the luncheon has become one of the most anticipated events on U of T’s Black History Month calendar, drawing headliners such as Masai Ujiri, the president and vice-chairman of the Toronto Raptors; Julian Falconer, one of the country’s leading human rights and constitutional lawyers; and Jean Augustine, the first Black woman Member of Parliament and cabinet minister, who moved for the recognition of Black History Month in the House of Commons.

This year’s virtual luncheon, on Feb. 28 (register here) is no different. It includes appearances by six-time Olympic medalist Andre De Grasse, as well as his mother Beverley De Grasse. They are joined by spoken-word poet – and Ontario’s first poet laureate – Randell Adjei and actor Tatyana Ali. 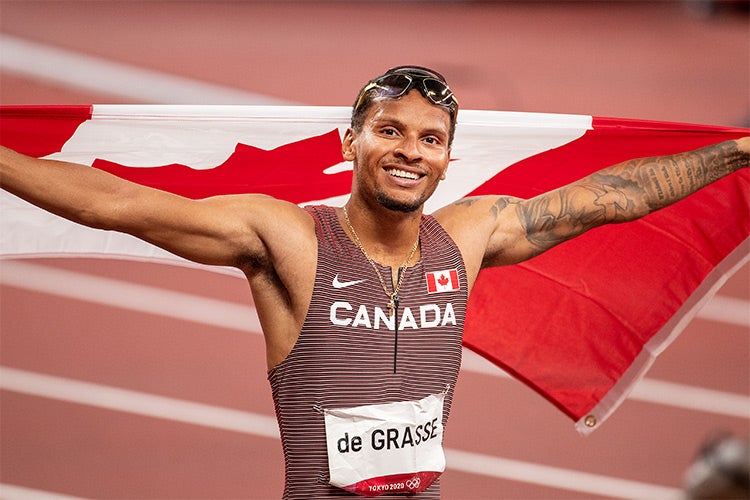 In honour of the event’s 20th anniversary, the university has established the Black History Month Luncheon Fund and committed to a match of $50,000 for individual donors to the new initiative. The needs-based fund will be awarded to a Black student enrolled in a U of T undergraduate program. Air Canada provided the lead donations to the newly established fund and representatives from the airline – Damar L. X. Walker, first officer, and Norman Haughton, director, IFEC product and analytics – will be participating in the virtual event, along with nearly 20,000 children from schools across the GTA who will be watching via YouTube.

The Black History Month Luncheon Committee is also holding a silent auction to raise money for the new fund – as well as for the Francisco Bursary, which goes to a Black or Indigenous student.

Looking back on the event he helped create so many years ago, Boothe says he’s proud to have contributed to a spirit of inclusiveness and community on campus and beyond.

“The prevailing values we started with in terms of inclusivity and inclusiveness, identity awareness and acceptance – those ideas are a bigger part of the climate today,” he said.

“It’s like the rest of the world has caught up.”

Boothe recently spoke to U of T News writer Geoffrey Vendeville about the event’s history and what it represents at U of T.

When and how did the Black History Month Luncheon start?

I started working for the university in the late 1990s, in the department of advancement. Initially I worked in the mailroom. Before that, I owned a restaurant.

The mailroom was next to the lunchroom, which was kind of like the hub of DUA, and all kinds of people would come down to share lunch. The idea for the lunch pretty much came organically, from a combination of my food background and the fact that staff shared food and stories over lunch.

When I brought up the idea of a lunch for Black History Month for the wider community, it was met with unanimous approval.

The spirit of community and inclusiveness was there from the start – which, looking back, is one of the things I’m most happy about.

Who helped launch this event with you?

Brenda Registe, who worked in alumni relations, and Maria Constantino, in divisional services, were among the co-founders.

How did it become one of the biggest events on U of T’s Black History Month calendar?

It was organic growth, to be honest with you. It definitely got bigger as we were able to get higher profile speakers. That’s when it gathered momentum. Every year, it’s a challenge to match the speaker from last year. This year it’s De Grasse – so that will be a hard one to top.

DUA shared office space with the department of public affairs (now U of T Communications) and they also helped us get the word out to the broader community. It was a perfect fit in terms of promoting it.

Were guest speakers always a part of the event?

There was always an educational part, but the event was positioned as a celebration. That’s why it’s usually on the last Friday of the month – as a celebration to cap off all the other events, including the seminars, symposiums that came before.

What do you look for in a guest speaker?

There’s always a debate within the organizing committee about who we should go for. Do we go for the big name or the community leader who’s having a big impact but doesn’t necessarily get much recognition? At the end of the day, they have to be accomplished and excellent in their chosen field, but they also have to show some community involvement and work to benefit the community.

You've said you started this event to fill a gap in the university's calendar of events for Black History Month at the time. What was the missing piece?

When I started working for U of T around 1998, it was only a few years after Canada officially recognized Black History Month. Jean Augustine, the MP who moved to recognize Black History Month in the House of Commons, later became one of our guest speakers.

At U of T, there was no real recognition of Black History Month per se – nothing very visible, at least. That was one of the main reasons for the luncheon. We wanted to bring this to the wider public. We were always thinking of non-Blacks and how to get them exposed to Black culture in a fun way – or at all, really.

You have said that the food is typically “the star of the show.” What kind of food is served at the luncheon in a normal year and why is it important?

We have all kinds of Black food, as it were. I was always conscious of Black food not just being Caribbean food – because we’re so Caribbean-centered in Toronto. Many of us have Caribbean heritage, right?

So, I deliberately wanted to include African food and searched for people I knew with an African background. We were all volunteers to begin with. I asked East African people I knew to bring food in and I asked West African people. If I met a South American person, I asked them to bring food that Black people eat there. It was to expose people to different parts of the experience through their taste buds.

What were some of your favourite dishes over the years?

Who were the most memorable speakers?

I never know how to answer that question. It’s always like the last one was my favourite. I just remember how impactful Kimberly Davis [NHL Senior Executive Vice President, Social Impact, Growth Initiatives & Legislative Affairs] was last year.

Honestly, I’m not trying to dodge the question but they have all been impactful in their own way, from Masai Ujiri to Jean Augustine, in 2013. They’ve all been excellent at what they do and in helping the community.

What kind of impact do you think the luncheon has had at the university?

In general, I think it’s meaningful that the luncheon now has a fairly high visibility across the university. When I talk to people in different departments, they say, ‘Hey, that’s the highlight of my year.’ Months before the event happens, people ask me when it is and who the speaker will be.

The luncheon has increased the visibility of Black culture and excellence at the university and beyond.

How do you see the event evolving over the next two decades?

That’s an interesting question. I think the luncheon foreshadowed the zeitgeist today. The prevailing values we started with in terms of inclusivity and inclusiveness, identity awareness and acceptance – those ideas are a bigger part of the climate today. It’s like the rest of the world has caught up. Looking forward, I hope the luncheon continues to help grow those values – and grows with those values.