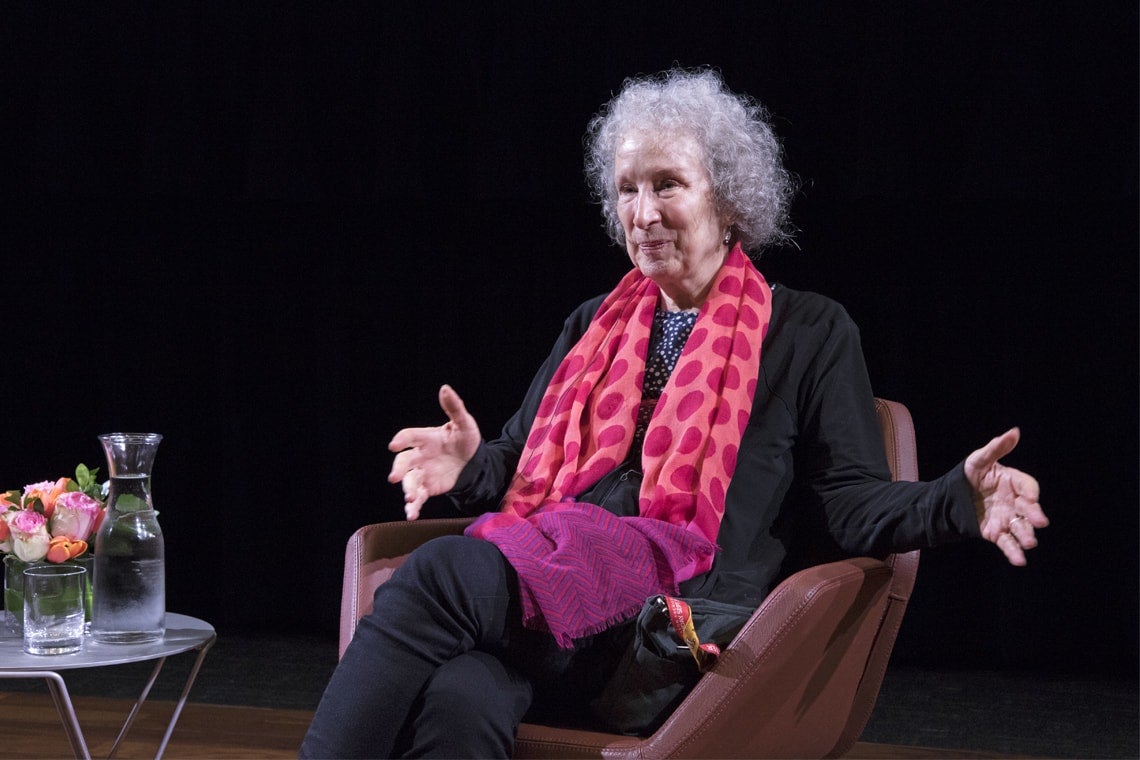 “Now we have the election of Mr. Trump – that has changed things radically in the way people view this book”

When the producers of the television adaptation of Margaret Atwood’s famed novel The Handmaid’s Tale began developing the series, they didn’t realize how closely it would follow the political realities of the United States over the past year.

“The entire cast of the series woke up on Nov. 9th and looked at each other and said, in essence, ‘We are no longer in a fiction,’” Atwood told a full house of University of Toronto students, faculty, staff and media at Innis College on Wednesday for the Canadian premiere of the first episode of the series.

The event was organized as part of Innis College’s Canada 150 celebrations by U of T’s writing and rhetoric program in partnership with Bravo, which airs the show in Canada, and Ryerson University.

“I was very lucky,” said Atwood about working closely with the show’s writers and showrunner Bruce Miller, who wanted to stay faithful to the novel while updating it to reflect the modern day.

Read about Fisher Library's collection of Atwood's archives on the novel 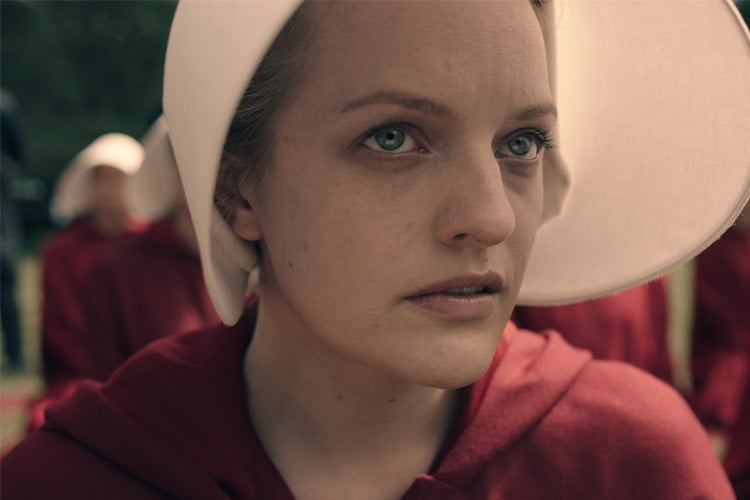 This involved making some changes to the characters themselves – like casting the commander and his wife younger than in the book (to increase the tension, she said) – and depicting interracial relationships.

“There are many more intersectional friendships, relationships, kids with two different kinds of parents – that is happening now in cities,” said Atwood.

It made sense for the show to reflect that, Atwood said, while at the same time acknowledging that everything that happens in the narrative’s near-future has roots in the past.

“There's a lot of guidance in the historical notes as to where these things came from in real life because it was my rule not to put anything in that did not have a precedent somewhere at some time,” she said.

The past has also informed how The Handmaid’s Tale is interpreted – changing its meaning depending on when it was read or watched, said Atwood.

“Now we have the election of Mr. Trump – that has changed things radically in the way people view this book,” she said.

Similar to events that take place in the novel, people in the U.S. are now grappling with the rolling back of reproductive rights in certain states, said Atwood.

“You probably noticed that the Texas legislature had a visitation of handmaids who went and sat in it while a bunch of guys were deciding what to do with women's bodies,” Atwood told the audience. “They just sat there. There's a picture of them [see below] sitting there surrounded by men with guns that could be a still right out of the television series.”

2 DPS officers, Senate door guy & sergeant at arms have positioned themselves around a group of #handmaidstale activists in Senate #txlege pic.twitter.com/UC54ZlULQd

“The [television series] acquired more gravitas,” she said. “The reviews have been universally spectacular, and I have to think that is in part a relation to the political situation they've gotten themselves in. It's no longer a thing you can brush off and deny.”

At the time of writing the novel, it was the height of the Cold War, which offered a different kind of political tension. The newspaper clippings on the news events that influenced The Handmaid’s Tale as well as Atwood’s original handwritten notes can be found at U of T’s Thomas Fisher Rare Book Library in the author's extensive archives.

Atwood said she found the archives helped to organize her life’s work and allowed her to easily access items from decades ago that might influence future works.

“They have them all nicely arranged and labeled if I need to remember something – like what the heck was I thinking back in 1984. I went into them myself recently and there it all was. It all sort of comes back to you,” she said.

“They've acquired a quaint, analog ambience,” she joked. “They're on paper, and I was writing in ink and also with a typewriter – don't you think it's quite archaic, antique and sort of cute?”