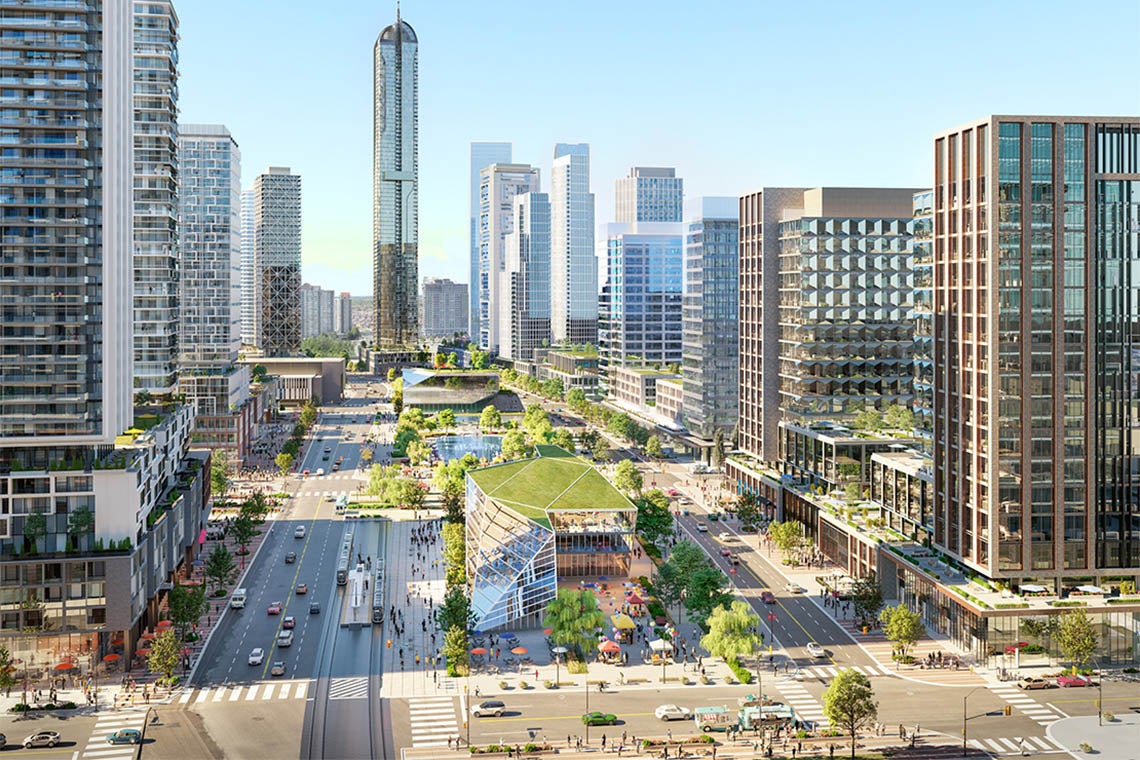 Mixed-use housing projects are based on questionable assumptions that increasing the supply of rental units will lead to more affordable housing – a problem University of Toronto researcher Tara Vinodrai is highlighting after plans for a massive, 37-tower development in Mississauga’s City Centre neighbourhood were unveiled earlier this year.

Pointing to a study she co-authored in 2018 while at the University of Waterloo, Vinodrai says mixed-use developments like those favoured in Toronto and other municipalities actually decrease affordability and price out certain segments of the population.

She and her co-authors drew the conclusion after examining long-term change in Toronto, where mixed-use zoning is actively used, in the context of labour market changes.

“We’re seeing people priced out of the city,” says Vinodrai, an associate professor in U of T Mississauga’s department of geography and the director of the school’s new Master of Urban Innovation professional graduate program.

Part of the problem is the disappearance of the middle class, she says. Manufacturing is declining in favour of a growing technology-based economy with higher-earning jobs that require higher education. What is emerging is a division of the labour market, where people either have a lot of resources for housing or they have very few, according to Vinodrai.

Those in lower-earning jobs, she says, are increasingly unable to afford housing, particularly in mixed-use developments that are often in desirable locations with access to amenities and transit.

“Even in the mid-sized cities we’re starting to see a push on housing prices that makes it unaffordable, particularly for people in the lowest brackets.” 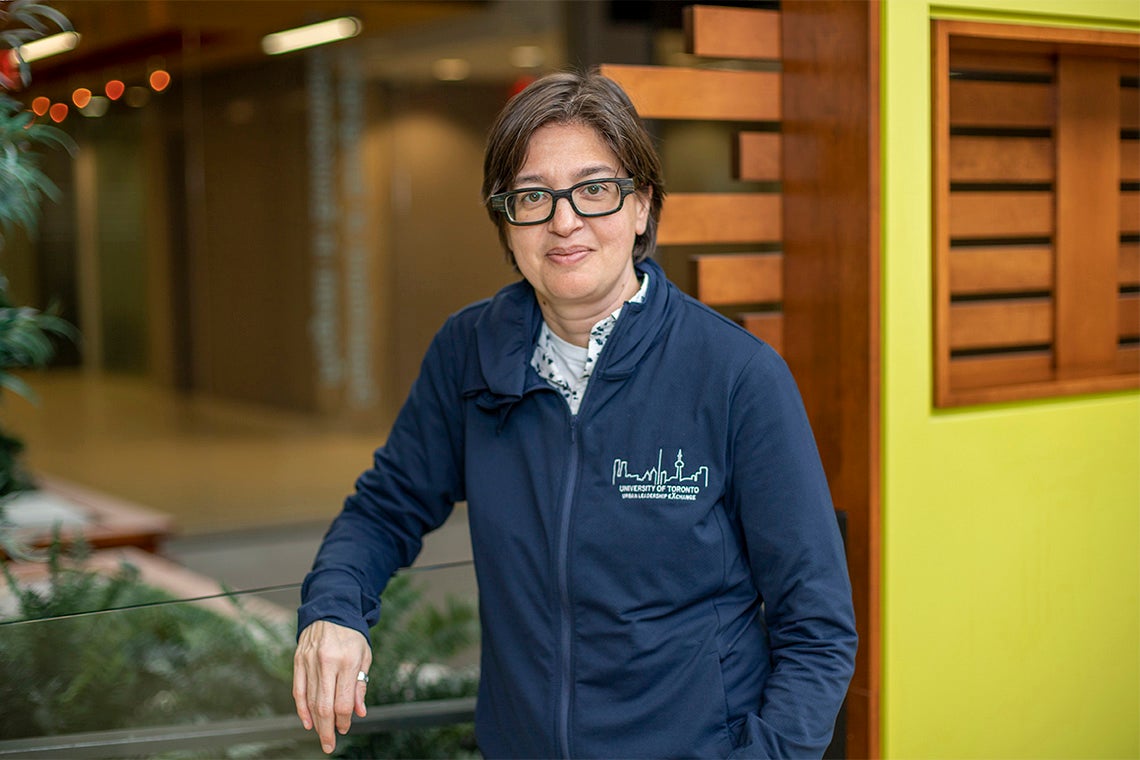 Tara Vinodrai, an associate professor in U of T Mississauga’s department of geography, says it’s ironic that many urban developments lack affordable housing units since they exclude the very people who need to be close to urban transit hubs or who work at local retail establishments (photo by Drew Lesiuczok)

In the case of Mississauga’s City Centre neighbourhood, the proposed 37-tower Square One District, unveiled by Oxford Properties in January, will include community buildings, green space, office space, retail, a transit hub and 18,000 residential units that are a mix of rentals and condominiums. There are no plans for affordable housing units that are priced below market rent.

Vinodrai calls this a “lost opportunity,” adding there’s an irony that these developments exclude the very people who need to be close to transit hubs or those who work at local retail shops.

One of the concerns Mississauga employers have is attracting young, bright minds because of the challenges they face finding housing. Yet, while the city’s newest development addresses an issue that helps with the labour market, Vinodrai says the city also needs housing for people who work lower-wage jobs.

“Without deliberate intervention, I don’t think you’re going to have a desirable outcome, which, from a planning standpoint, would be to ensure some form of equitable development,” she says.

Ontario municipalities already have planning tools at their disposal to address affordability, including density bonuses, where developers can build more units or taller structures than permitted if, in return, they set aside affordable or below-market housing.

Or there’s the approach being taken by Montreal. Starting in 2021, developers in the city will be required to set aside 20 per cent of new housing units for social housing, 20 per cent for affordable housing, and 10 to 20 per cent for family-sized units – or pay compensation to the city in land or cash.

“Mississauga has an opportunity to show leadership in the GTA and beyond in terms of considering these types of policy and planning tools to address housing affordability, and it doesn’t have to be at the expense of attracting the best and brightest minds to the city’s downtown,” Vinodrai says.

“I would hope the city could push back either through regulation or some kind of deal, I would hope they could think about requiring that the developer set aside even a small proportion of units for below-market.”