Liftoff! U of T startup's business takes flight with satellite launch in China 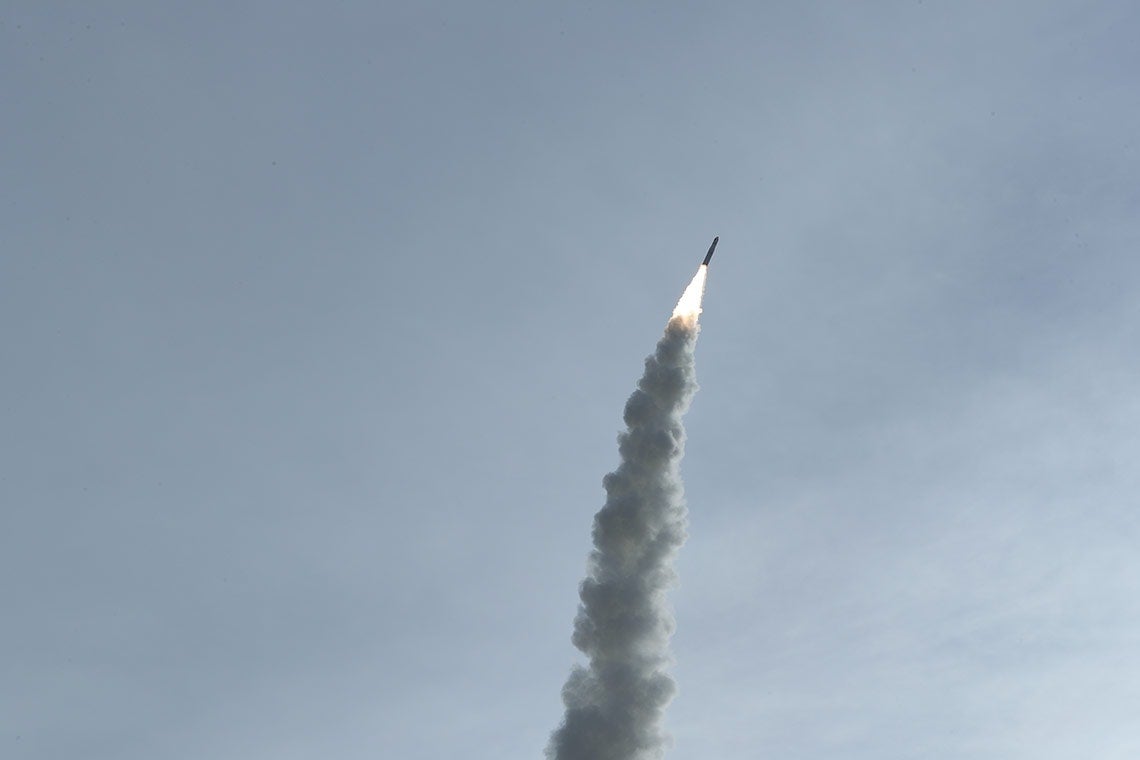 A tiny, bread loaf-sized communications satellite built by a University of Toronto startup spent the weekend quietly zipping over the heads of unwitting Torontonians – and there's likely many more to come.

Kepler Communications, founded by U of T alumni, said its first nanosatellite was successfully deployed by a rocket that launched on Jan. 19 from the Jiuquan Satellite Launch Centre in northwestern China. At an altitude of about 552 km, the satellite's polar orbit takes it over Kepler's home base in Toronto twice in the morning and two more times in the evening.

The launch – touted as a first for a commercial communications satellite operating in low earth orbit on a frequency known as the Ku-band – is an important first step toward Kepler’s goal of providing low-cost data communications for connected devices on Earth and beyond.

But, for now, Kepler's founders are just revelling in their accomplishment.

“The company began two years ago with a conversation at the bar,” says Jeffrey Osborne, a co-founder of Kepler who studied aerospace engineering at U of T.

“So you get a little awe-inspired when you actually put something in orbit. That’s pretty cool.”

The startup uses two ground-based stations to communicate with its inaugural satellite. One is located in Markham, Ont., and handles telemetry and tracking. The other is in Inuvik, N.W.T., and handles the satellite’s payload communications.

Initially, the satellite will use the high-frequency Ku-band to cheaply transmit large quantities of non-time sensitive data for a handful of customers. With only one satellite, Kepler is not equipped to offer real-time communications links.

“You’re thinking of things like an offshore oil and gas platform that wants to move terabytes of environmental or GIS data, or CCTV camera footage,” Osborne says. “They can send a lot of data and do it really cheaply – and we can provide a global service.”

The decision to use the high frequency Ku-band was a deliberate choice. Though it presented Kepler with some key engineering hurdles, it’s capable of handling a lot of data and allowed Kepler to build its affordable nanosatellites with smaller components, Osborne says. Osborne and other members of Kepler’s 15-person team tracked the rocket launch through WhatsApp messages from Kepler co-founder and CEO Mina Mitry, who travelled to China to witness the event first-hand.

"We are really excited that we are the first to deploy a commercial Ku-band [low-earth-orbit] spacecraft," Mitry said in a press release issued by the startup.

The road to last week's launch began at U of T's Faculty of Applied Science & Engineering. Kepler's co-founders, who also include U of T alumni Mark Michael and Wen Cheng Chong, also leaned on the services of several U of T entrepreneurship hubs, including The Entrepreneurship Hatchery, the Creative Destruction Lab and Start@UTIAS, which is affiliated with the University of Toronto Institute for Aerospace Studies.

The plan is to eventually launch dozens more of the tiny satellites to form a constellation that will help transmit the vast quantities of data needed to realize the Internet of Things, a term that refers to millions of interconnected machines, devices and sensors.

“As the need for connectivity increases, we increase our constellation capacity in tandem,” Mitry said in a statement. “It’s how we believe we can sustainably deploy a [low-earth-orbit] constellation.”

While Kepler’s current focus is using space satellites to cheaply connect things back here on Earth, Osborne says the long-term vision is to seed a new “space economy” by enabling connections between space-based equipment and vehicles.

“We have fundamental belief that infrastructure spurs development,” he says.