John Tory in Tinseltown: U of T industry expert on how mayor can lure TV, film producers 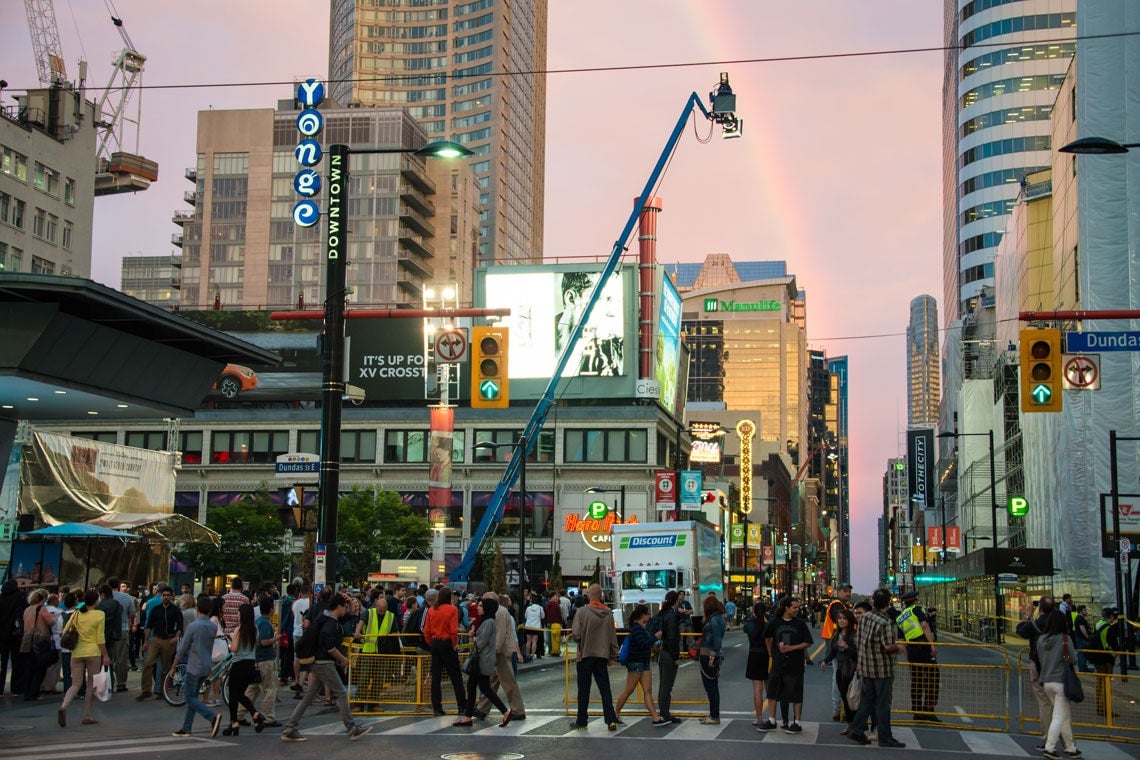 Start drafting your Oscar pools, this year’s Academy Award nominations are here –  and the Canadian film industry is revelling in the nominees’ northern connections.

As a proven source of talent and a popular filming location, Canada is in Hollywood’s good books and Toronto Mayor John Tory is looking to capitalize on that. He’s currently in L.A. drumming up support for the city’s film and television industry alongside a group of Canadian industry representatives. Tory hopes to woo content producers like Netflix to film in Toronto.

U of T News spoke with Charlie Keil, principal of University of Toronto’s Innis College in the Faculty of Arts & Science and professor at the Cinema Studies Institute and the department of history, about Tory’s trip and the future of Toronto’s film and television industry.

What draws filmmakers to Toronto?

Non-American filming centers offer certain financial perks. The two most obvious ones for Toronto would be tax credits and the lower Canadian dollar. The single most important factor for the percentage of business Toronto draws is the dollar. When the dollar is high, the number of productions tends to go down; when it's lower they go up.

Filmmaking by and large is private enterprise and they are looking at as much profitability as possible so lowering production costs can aid in that.

But with all that being said, the other thing Toronto has that is quite appealing is a developed infrastructure. The scope and depth of the kinds of assets Toronto provides stems from everything from the kinds of sound stages to the personnel being trained and capable to do projects on the level of American filmmakers and television producers. That becomes a real calling card for Toronto. In that way, success begets success because the more familiar different producers and companies are with Toronto and what it has to offer, the more likely they are to return to Toronto. All of those things work to reinforce Toronto's desirability.

Will Tory then try to emphasize the quality of Toronto's infrastructure over the value of the Canadian dollar?

What Tory's doing makes sense from a municipal standpoint because the dollar is right now at one of its lower points so it's advantageous to capitalize on an interest in Toronto that is spurred by the lower dollar. Also to sustain those ties and build on those that exists because of the superior infrastructure and services. In a way, it's the perfect combination right now. Toronto is in growth mode for quite some time in terms of developing that infrastructure and can really capitalize on it by virtue of the lower dollar.

You have to keep reminding the industry that Toronto is a great place to make film and television because there is a lot of competition, not just in Hollywood and other places in the United States. Film and television is a global enterprise and there are lots of different places that are trying to entice what tends to be American-focused production to their cities and countries.

President Donald Trump vowed to bring back jobs to the U.S. Is that likely to affect the entertainment industry?

It's got to be a concern for any industry and for any so-called trade partner. Trump's rhetoric and so far demonstrated actions indicated he's quite serious about protectionism. I think it becomes more difficult with film and television production.

It’s easy to identify the culprits in the auto industry – if you're Trump you can point your finger at a Ford or General Motors and say 'look where their plants are.’ But when it gets to film and television production, there's now so much co-production and film making is a global enterprise so to say company X should be filming in America doesn't make a whole lot of sense if half of its financing coming from countries or companies that exist all across the world. The case gets a whole lot harder to make.

What's good for Canadian producers is there's more possibility for things being picked up. It used to be pretty slim pickings when it came to the prospects of Canadian programming finding its way onto American screens because when you think about the big networks, the chances they'll take a Canadian-made film or television programming and show it happen so rarely. Now, because there are so many possibilities for broadcast, there are greater chances for a show that catches on to be shown on multiple outlets in different ways.

But by and large the productions that tend to generate a lot of the income for people who work in that industry are still in support of a production that doesn't necessarily originate from this country.

It's unfortunate the structure isn't set up to support a more vibrant in-house form of production but it just isn't. For it to exist on the level it does, it has to work this way.