Why you should check out Cardinal, the new TV series based on thrillers by Giles Blunt 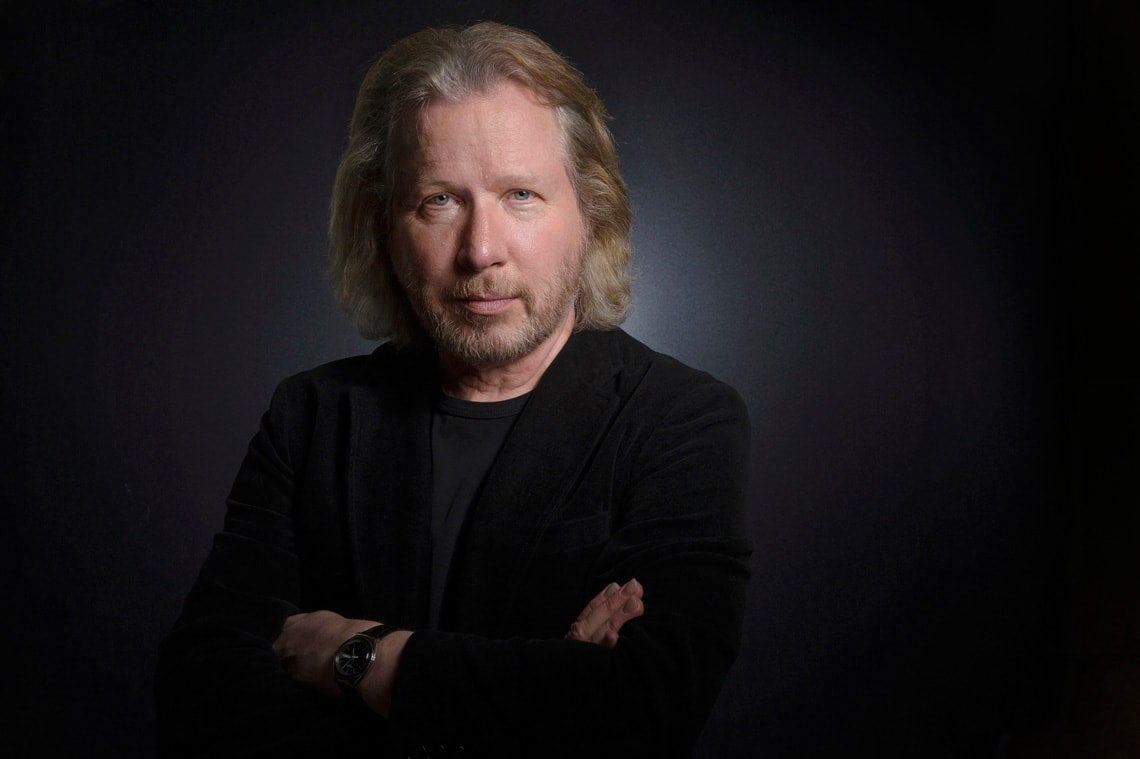 When Cardinal, the mini-series based on one of alumnus Giles Blunt’s acclaimed crime novels premieres January 25 on CTV, he’ll be seeing it for the first time along with everybody else.

“I plan to watch it with my wife and a bowl of popcorn,” says Blunt of the widely publicized six-part drama. The producers offered to let him view the series in advance, but he declined, just as he politely refused their invitation to be on location for filming last winter.

“That part of the process isn’t all that interesting to me,” says Blunt, who graduated from the University of Toronto Mississauga with a Bachelor of Arts in 1975.

“Also, it was in North Bay in the winter.”

The setting for his six John Cardinal crime novels is modelled on North Bay, where he grew up. Cardinal is based on the first book, Forty Words for Sorrow, published in 2000, where readers meet Detective John Cardinal and his partner Lisa Delorme as they search for the killer of a 13-year-old girl. Cardinal believes they’re hunting for a serial killer and time is running out for the next victim, while Delorme is secretly investigating Cardinal’s dark past.

It’s been more than six years since CTV first approached Blunt about buying the rights to his books. The network has options on all six Cardinal novels, with plans to produce a mini-series for each one if the first is successful.

While he provided feedback on the first draft of every script, written by award-winning screenwriter Aubrey Nealon of Orphan Black fame, Blunt had no say on any of the final creative decisions.

“It’s nerve-wracking, because the books tell the stories as I think they should be told,” he says. “But television is a different medium, and sometimes things need to be de-emphasized or occur in a different order for reasons that are extraneous to pure storytelling.”

While he has some pre-show nerves about how the story might have changed in its translation to the screen, Blunt is unreserved in his approval of the cast. American actor Billy Campbell, best known for his role on The Killing, plays Cardinal, while Canadian actor Karine Vanasse of Revenge and Pan Am plays Delorme.

“Karine was actually my first choice for Delorme,” he says, “and the moment I saw Billy I thought, ‘Yeah, of course.’”

Forty Words for Sorrow launched Blunt’s career as a novelist, with The Walrus calling it “the best Canadian crime thriller ever written” and the British Crime Writers’ Association giving it their prestigious Silver Dagger award. Blunt hopes the TV series will introduce a whole new audience to his books.

“I know there’ll be developments in the storyline that I wouldn’t have made, but I just can’t get crazy about that at this point,” he says. “They’ve done them for whatever reasons the TV world has demanded, and let’s just hope they work out for the best.”

Read more about TV and film in Canada