Islam in the City: U of T literary magazine shares students' stories 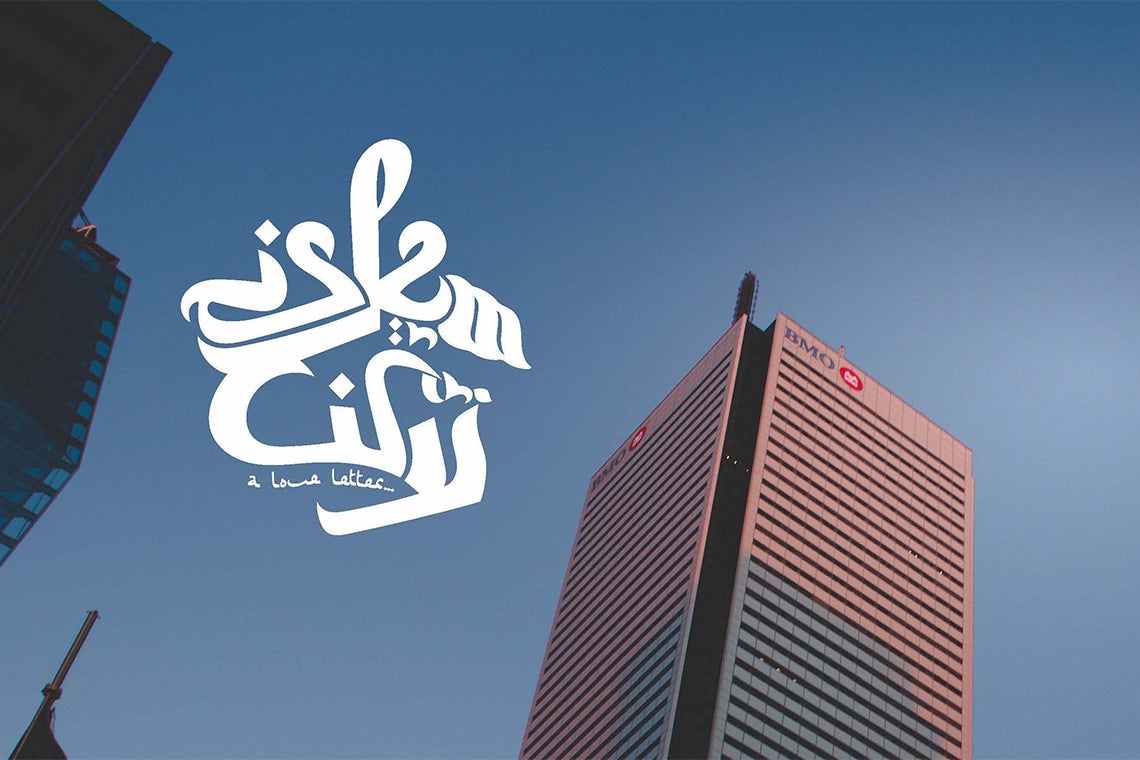 A new University of Toronto literary magazine is empowering students to share their stories of what it means to be Muslim in Toronto –  everything from takes on casual streetwear and evening shifts at local coffee houses to Islam among the city’s bubble tea shops and sports bars.

Published by the Institute of Islamic Studies in the Faculty of Arts & Science, Islam in the City  gives students a forum to explore the complexities and nuances of everything that falls under the broad term “Islamic.”

“We want to showcase that Muslims don’t just experience life as Muslims in the mosque, [but] that we’re just as likely to find Muslims and Islamic moments at the CN Tower, a cafe or the movie theatre,” explains Andrew Mackin, Islam in the City’s editor-in-chief. “We want to challenge the dominant narrative of what Islam is.”

Mackin earned an honours bachelor’s degree in history and religion in 2018 as a member of Trinity College, and is now a master’s student in contemporary Middle Eastern, Arabic and Islamic studies. He helped create the e-magazine to provide an outlet for all students, regardless of whether they are affiliated with the Institute of Islamic Studies.

“I saw how the institute excels at the research and academic aspect of Islamic studies – and that’s great – but I started wondering if there was a way for Muslim students who aren’t in Islamic studies to still see themselves represented,” Mackin says. “This magazine is a place through which Muslim students – first at U of T but now expanding to other schools across the GTA – can share their stories, have their voices heard and see themselves represented in the work the institute does.

“We wanted to create a space where the students themselves are their own authority to tell the kind of stories they want to tell.” 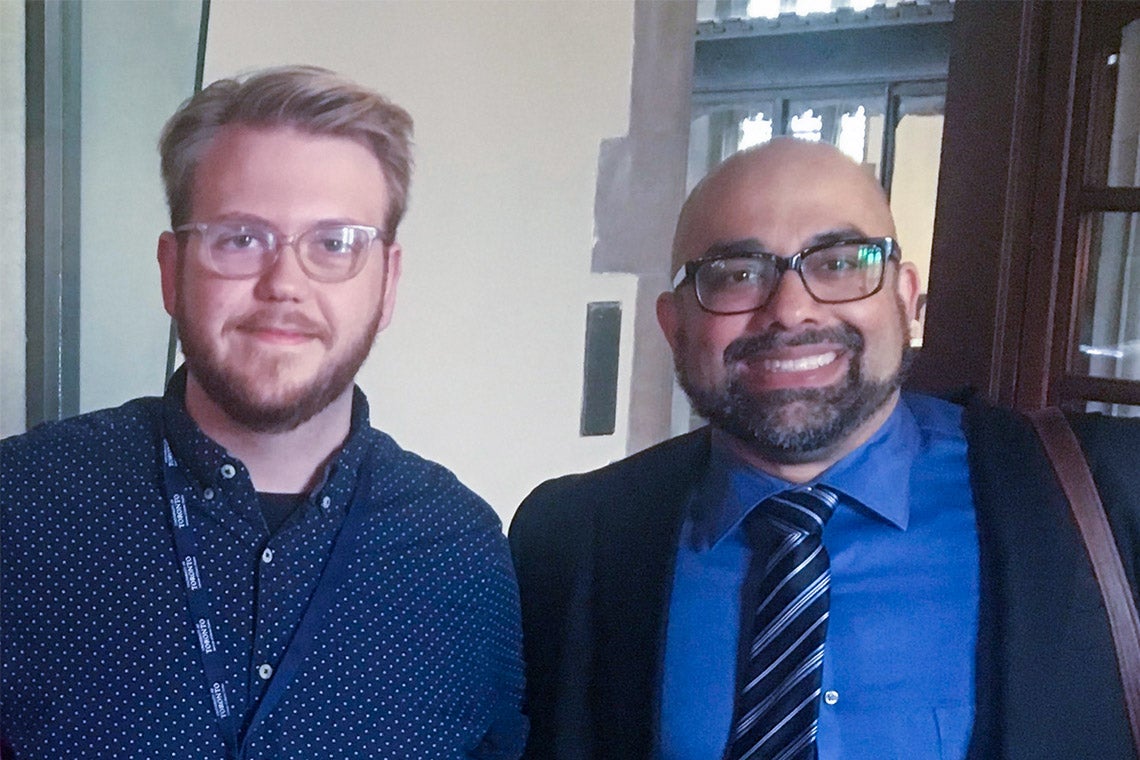 The first issue, “A Love Letter,” features five stories. some feature traditional images of Muslim students in the GTA, while others share less common experiences. “Stillness in the City” sees prayer and meditation wedged in between subway rides, criminology classes and evening coffee shop shifts, while “Salaam” describes grabbing chicken from the butcher shop and using a mobile app reminder for prayer.

“We were really happy with the writers who submitted their work; it’s a great sample of the student body,” Mackin says.

Alina Butt earned her honours bachelor of arts degree in criminology and sociolegal studies and English from U of T in 2018 as a member of Woodsworth College. Her story, “A New Love,” playfully explores her own troubled “romance” with Islam, beginning with the juxtaposition of the Toronto Islamic Centre for many years sitting next to Seduction, one of Toronto’s largest adult stores.

“My piece was an exercise in reflecting upon what I thought of myself, which was a good reminder of the ways I have grown and still can,” says Butt. “At the same time, picking the right words to convey exactly what I wanted to was painstaking, largely in relation to what I was comfortable with sharing – in particular with my family.

“We are not the most intimate or personal with each other, so I wanted to respect our relationship while also accurately portraying my difficulties, especially since it is really important to me to see depictions of being Muslim that are different from what is expected within our communities. That includes doubt, difficulty and even change over time.”

As a newcomer to Toronto, she says the city ultimately helped her better connect with Islam.

“When I moved here, the city played a big part in helping me refigure my relationship to my roots; it still does,” she says. “I think the many different Muslim communities can benefit from hearing stories about each of our experiences to learn, relate and reflect. By doing so, we can see what has shaped us and how we can continue to shape our relationships to ourselves and each other.” 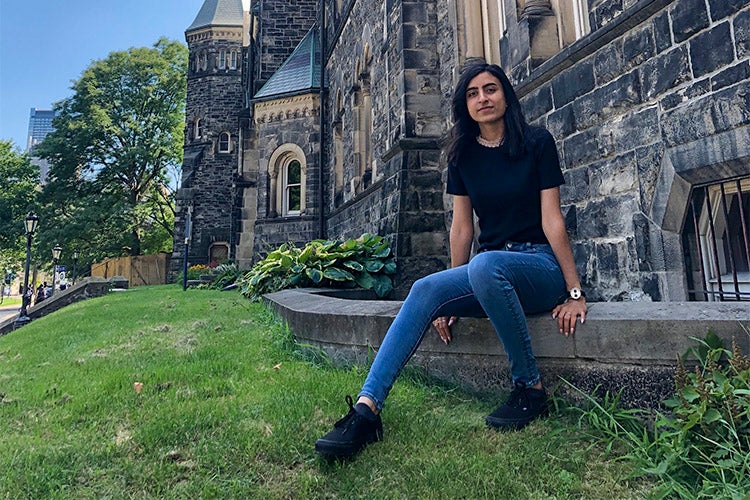 Alina Butt, a U of T alumna, wrote a piece for for Islam in the City about how Toronto helped her reconnect with her faith (photo courtesy of Alina Butt)

The call for submissions has closed for Islam in the City’s next two issues, the first of which will be published this fall. The next issue will be COVID-19-themed, addressing how isolation and social distancing have impacted Muslim student life, faith and communities. The third issue will showcase the voices of Black Muslim students in response to recent violence and protests, especially in the United States. Both issues accepted submissions from Muslim students at universities across the GTA.

Anver Emon, director of the Institute of Islamic Studies and a professor in the Faculty of Law, says he is grateful Mackin recognized a gap in its programming that led to the creation of Islam in the City.

“Andrew’s effort has created a remarkable venue that adapts to our quickly changing world,” Emon says. “His educational trajectory gives him an appreciation of the nuanced development that undergrads go through as they grow and mature through their program – something that we older academics forget or don’t always appreciate. Islam in the City is perfectly calibrated to give voice to and nurture the expression of undergrads who have something to teach us all.”