'I never expected to lose 100 pounds': Student leans on friends, U of T staff to achieve fitness goals 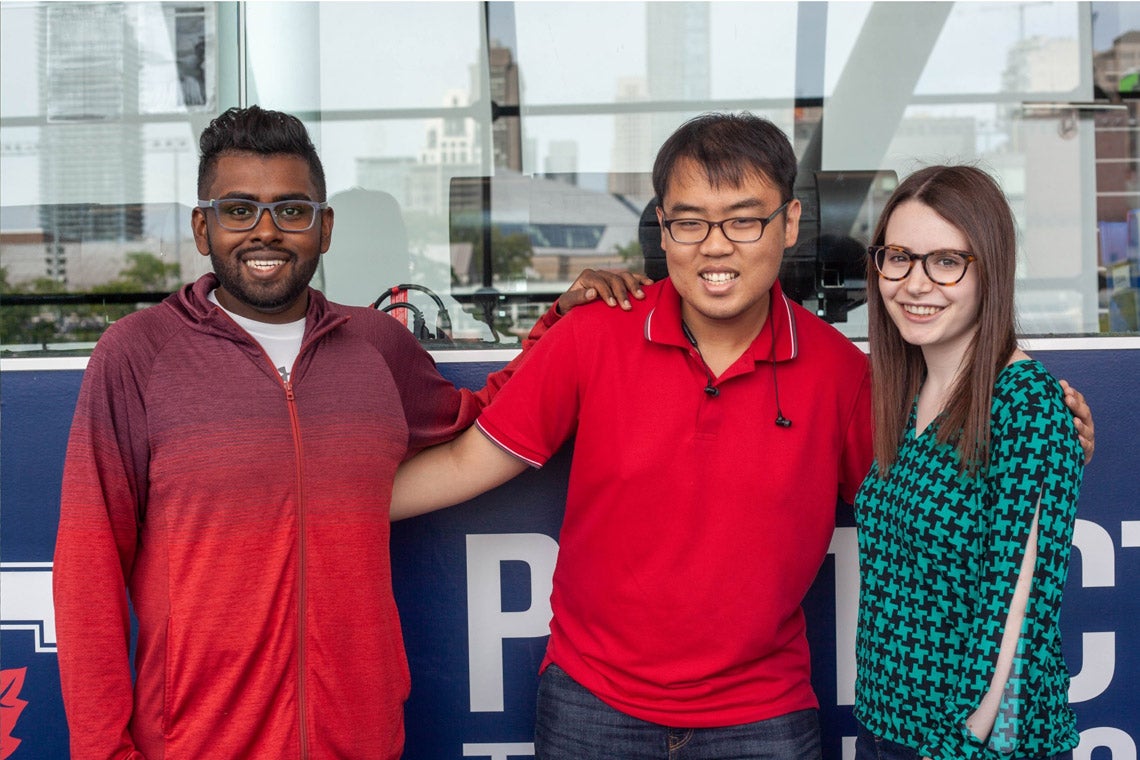 Nirupan Sivakumaran (left) poses with friends Tom Yun and Cassidy Bereskin after losing 100 pounds in less than a year at U of T's Goldring Centre, where he worked with a nutritionist and personal trainer (photo courtesy of Nirupan Sivakumaran)

When Nirupan Sivakumaran first decided to visit the gym at the University of Toronto’s Goldring Centre for High Performance Sport, he never imagined how drastically his life would change.

Sivakumaran, who was a student at Trinity College, had been overweight for as long as he could remember. He had attempted various workout plans throughout his life but had never found one that stuck. The day he walked through the doors at the Goldring gym, he weighed in at 280 pounds.

“Anything high impact would hurt me,” he says.

Through sheer determination, Sivakumaran kept at it, using the low impact elliptical day after day – and eventually shed 100 pounds in under a year.

He was encouraged by staff at the Goldring Centre and made full use of the diet and exercise resources available to students. You could find Sivakumaran front row at every nutrition seminar, notepad and pen in hand.

“He was extremely driven toward his goals,” says Eric Williamson, a lead nutritionist at the Goldring Centre. “He had his eyes set on the prize and didn’t let anything stand in his way. I found it very inspirational.”

Sivakumaran also caught the attention of Kurtis Haupt, a strength and conditioning supervisor and personal trainer at Goldring. Together, they developed a plan tailored to Sivakumaran’s specific needs.

“Sivakumaran showed up every time eager to improve and to learn about his body,” says Haupt. “He committed to his journey with 110 per cent and spent endless hours each day on the elliptical and eventually moved on to weights.” 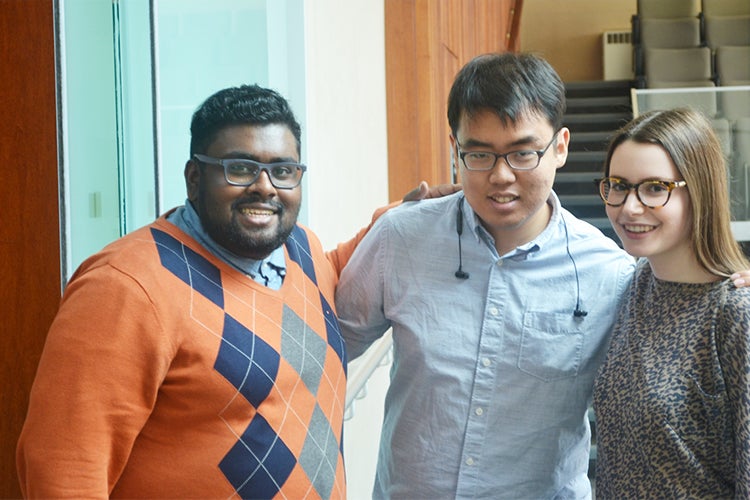 Spending his days at the Goldring Centre surrounded by Varsity Blues and other athletes provided an extra layer of motivation for Sivakumaran. “Being in that environment makes you want to go harder,” he says.

Surprisingly, it wasn't the 100-pound milestone that hit him the hardest. “When I reached 199 pounds, it was a symbolic victory,” he says. “I was now in the one hundreds. It was a huge mental shift. I hadn’t seen those numbers on a scale since middle school.”

Sivakumaran is still wrapping his head around his transformation. “Its not just about me losing weight,” he says. “It’s a whole identity shift. My weight was ingrained in who I was. Suddenly I’m this fitness guy and it’s a lot to process – a lot for me, a lot for my friends and family.”

He adds that he couldn't have succeeded in his weight-loss journey without the support and mentorship of his friend and fitness mentor, Toshimi Kan. Kan is a student at the University of Tokyo and was previously on exchange at U of T.

Sivakumaran’s journey isn’t over. In fact, he’s more committed than ever. “I never expected to lose 100 pounds,” he says. “I was just focusing on the day-to-day. I don’t know what’s going to happen a month from now. All I know is that I will continue to give 100 per cent each day.”

Meanwhile, new friends like Haupt continue to support him and cheer him on.

“His journey is a great reminder that help of any kind can go a long way for those willing to listen and take action.”