How U of T student Yasmin Rajabi combined community activism with a degree in public policy, city studies 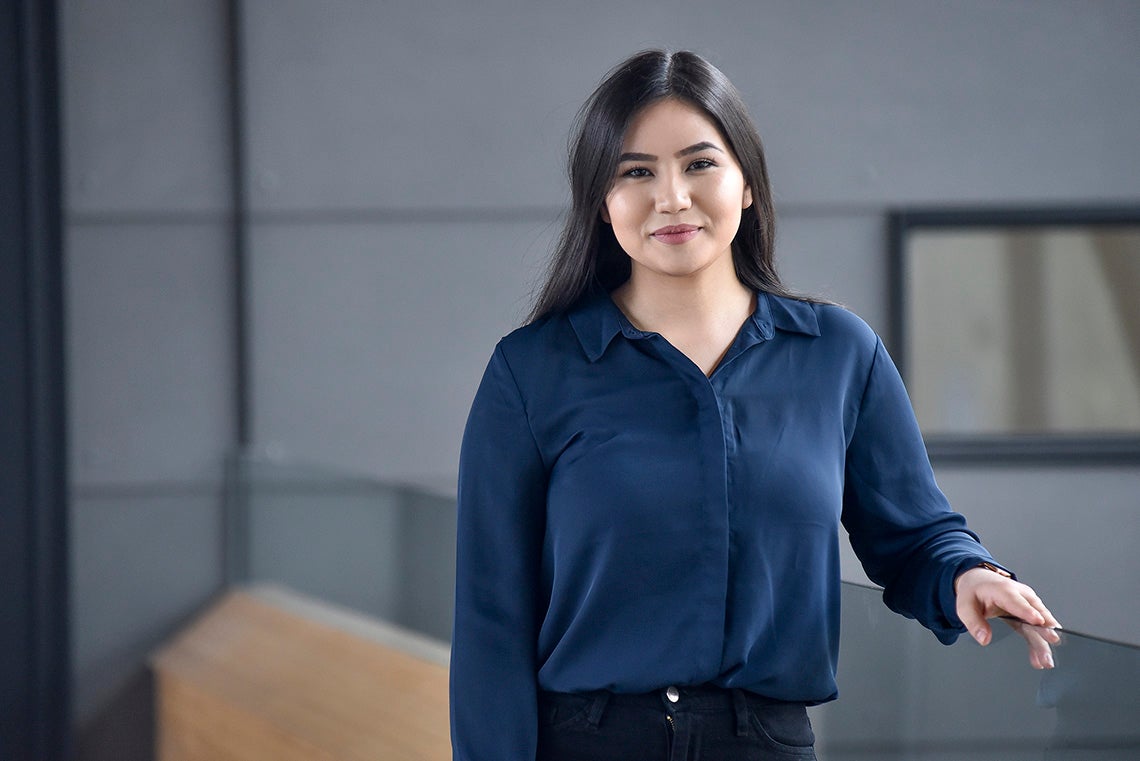 “I am someone who’s very invested in my community,” says Yasmin Rajabi, a U of T Scarborough student who graduates on Monday (photo by Ken Jones)

Yasmin Rajabi's passion for community activism started early – and prompted a desire to learn more about how local government works.

Rajabi, who graduates Monday from the University of Toronto Scarborough with a bachelor’s degree in public policy and city studies, is the founder of a non-profit organization called Young Women’s Leadership Network (YWLN), which helps young women over the age of 14 build their leadership skills through civic engagement.

“I am someone who’s very invested in my community,” says Rajabi. “I’m a very action-oriented individual with a passion for change that leads me to fight for more equitable and fair environments for all.”

When Rajabi was eight years old, her family fled ethnic and religious persecution in Afghanistan and came to Canada. “We picked Scarborough because we had family here, and I know that’s a lot of the reason why so many immigrant families continue to settle in Scarborough,” she says.

Scarborough became home and Rajabi grew up in the Malvern neighbourhood, surrounded by people who inspired community involvement from an early age.

When she was 13 years old, a close friend invited her to get involved with the YWCA, which works with young women and girls in local communities and schools.

“During the time I was there, they had a lot of programs that focused on civic engagement, and I think that really sparked a passion,” she says.

She learned about the importance of voting in elections, making it a point to take her parents to vote for the first time during the 2014 provincial election.

“The governments, and in turn the policies we vote for, have a large part in determining how we live our everyday lives,” she says.

With her non-profit organization, she continues to work closely with the YWCA. The first group of girls she brought to city council for a Young Women’s Leadership Network event were students from the YWCA Council.

“The students got to chat with a city councillor, sit in the mayor’s seat and the council chambers, and they felt an ownership of City Hall,” says Rajabi.

Over the past six months Rajabi has had the opportunity to get a look at the inner workings of City Hall through the Protégé Program. The mentorship program pairs young women who aspire to be involved in local politics with female city councillors and staff.

Rajabi said in an interview earlier this year that local politics is where work really gets done. “In municipal politics you actually see more immediate change happen, and because it’s local it has a much larger impact on the people around you,” she says.

During her time as a student, Rajabi served two terms on the Scarborough Campus Students’ Union.  And since completing her work at U of T Scarborough – and wrapping up her Protégé Program projects – she continues to work in policy through the Brookfield Institute for Innovation + Entrepreneurship.

Looking back, Rajabi says the most important thing she’s learned from her time as an undergraduate student is how important community is to advocacy work.

“You will not be able to accomplish your goals without including the people that are directly impacted by your work,” she says.

“Whether it’s UTSC or the larger community, people bring expertise from their own experiences, and often times they possess the knowledge to tackle broader issues.”