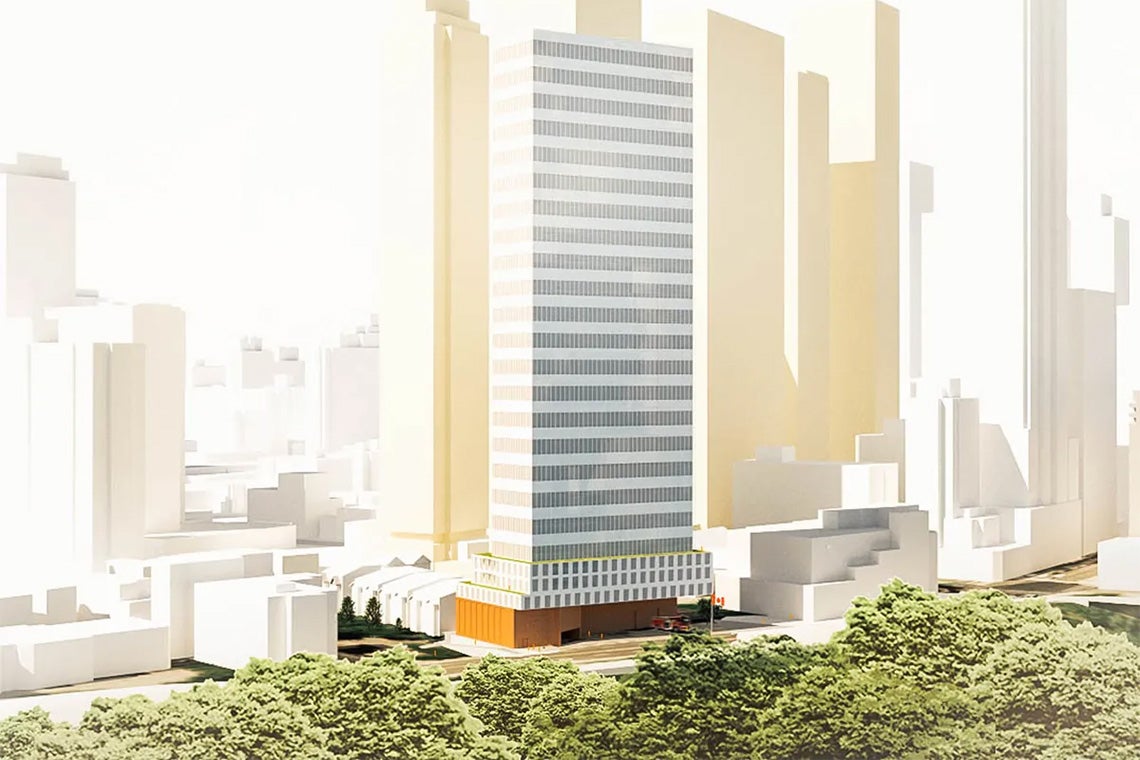 Matti Siemiatycki, director of the Infrastructure Institute at the University of Toronto's School of Cities, is on a mission to create development that blends residential, commercial and other uses in new and old buildings throughout the city.

In a column in the Globe and Mail, Siemiatycki meets with writer Dave LeBlanc to tour 441 Bloor Street East, a two-story Toronto Fire Station that is surrounded by high-rises and is ripe for redevelopment. The roof of the fire station is already used by the Glen Road Early Learning & Child Care Centre, but Siemiatycki told the Globe that the School of Cities is in the early stages of talks with CreateTO, the city’s real estate agency, and the fire department to reimagine how to use the site. The plan is to “reuse the site in a way that we’re going to put the station back in,” Siemiatycki told the Globe. “And then build housing above, and my preference would be affordable housing, and we’ll see how the economics work; the nice thing is there’s a real interest in seeing how far we can push this.”

School of Cities recently rolled out a three-pronged, city-building plan emphasizing mixed-used development with the help of a donor. Siemiatycki told U of T News he wants to “morph this into the norm rather than the exception and bring partners together intentionally, to turn into a model of creative mixed-uses designed for a social purpose, because that’s what enables growth to drive community benefits.”

Read more at U of T News