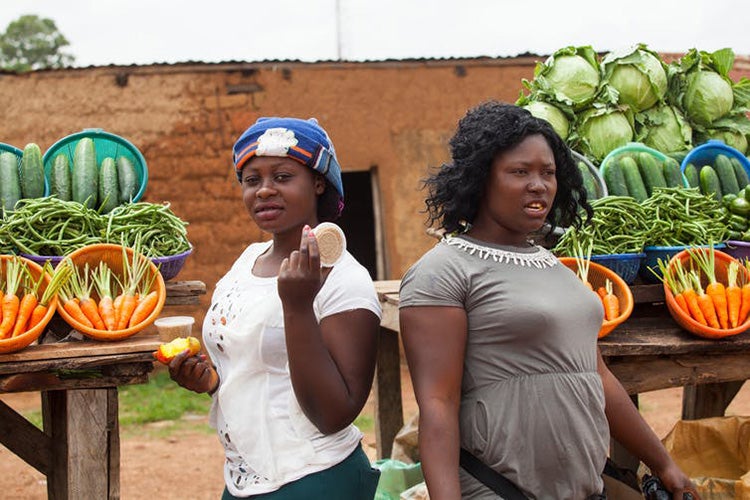 The worsening of dietary habits among youth appears to have no geographical bounds. And improving dietary behaviour has become a critical public health challenge around the globe.

This is especially true in many parts of sub-Saharan Africa (SSA), where we have seen a rapid transition from wholesome traditional diets to a more Western diet consisting of foods high in sugar, saturated fat and salt.

This trend – generally referred to as the nutrition transition – has imposed a double burden of diet-related chronic diseases in SSA, a place where malnutrition and obesity now coexist.

This transition is affecting many youth, who make up approximately 33 per cent (344.4 million people) of the population. And the size of this demographic group is set to double – to reach 605 million by 2050.

With the exception of South Africa, where over 40 per cent of the adult population is now overweight or obese, most countries in SSA are still in the early stages of the nutrition transition.

This offers a window of opportunity to learn from other countries and take proactive steps to intervene at earlier ages and lessen the harm to the health of the population.

I have just published the results of a new study that documents the effectiveness of a nutrition gamification program – Nutrido – in improving dietary behaviour among youth in Abuja, Nigeria.

Why a nutrition game?

Given my experience working on food security issues for more than 10 years and teaching a food security and food sovereignty course at the University of Toronto, one question I see a lot is: How do I get youth to eat more fruits and vegetables and less junk food?

This question was very pronounced for me during a seven-year food security study across nine African countries, where I witnessed first-hand the rapid nutrition transition occurring in many urban city centres, from Nairobi to Abuja to Cape Town and Cairo.

During the same time period, there has been an increased interest in games and social media platforms among African youth.

This raised the possibility of piggybacking on this trend, to nudge youth towards healthier eating habits.

We wondered: Could games play an important role in nutrition education, and even in reversing this trend?

Gamifying nutrition can be referred to as the strategy of employing game design elements to improve dietary behaviour.

A good example is the FIT Game, which was shown to increase the intake of fruits and vegetables by at least 30 per cent among elementary school children in the United States.

Looking at how we could bring this concept to the sub-Saharan African context, our teams in Abuja and Toronto came together to develop a gamification program (Nutrido) tailored for adolescents. It consists of a nutrition board game, student clubs and vouchers that are redeemable for fruits and veggies.

The board game comes with a stack of playing cards, dice, playing pieces, play money and a list of rules. Players must navigate scenarios such as choosing whether to purchase a healthy meal or an unhealthy meal (given their play money) or landing on an action card that requires them to perform physical activity exercises (e.g., “Do 10 push-ups”).

The core strategy of the game is to buy healthy food cards to get as many points as possible. These points can be “cashed in” through a voucher system, integrated in the game, to buy real fruits and vegetables from partnering tuck shops.

To test the impact of our idea, we tried this program in three secondary schools in Abuja. Participants were male and female students in Grade 11 and Grade 12.

Each student took part in a game session (20-30 minutes) once per week over a period of about six weeks. We then assessed its impact on students’ nutrition knowledge, attitudes toward healthy eating and eating behaviour – using semi-structured focus groups. Importantly, we found that the game improved eating behaviour, specifically the intake of fruits and vegetables. One student said: “I used to skip fruits sometimes, like give it out, but now, I take my fruits.”

When asked exactly how her consumption of fruit had changed, she explained that “on a daily basis, I will say like one or so, but after the game, like five to four times.”

There was also a change in behaviour whereby students spent their own money to buy fruits from the tuck shop while forfeiting junk food. For example, a female student said: “When we go there (the store) every weekday, there’s a section for fruits and all that, but then when nobody ever used to look at that area but now that Nutrido started coming around, people like fruits like apple, people begin to like and learn to have some bit of fruit.”

‘Let food be thy medicine’

The results of the study are now published in the journal Nutrition and Health, and the Nutrido program has been introduced in 10 secondary schools across Abuja.

Almost 2,500 years ago, when Hippocrates made the statement, “Let food be thy medicine and medicine be thy food,” he was pointing at the profound impact that nutrition has on our health.

Until entire communities begin to think differently about the way they approach food, Hippocrates’ words serve merely as a motto – rather than a lifestyle we should strive for.

Obidimma Ezezika is an assistant professor, teaching stream, at the University of Toronto.