How to study for exams: Experts give tips to change bad habits 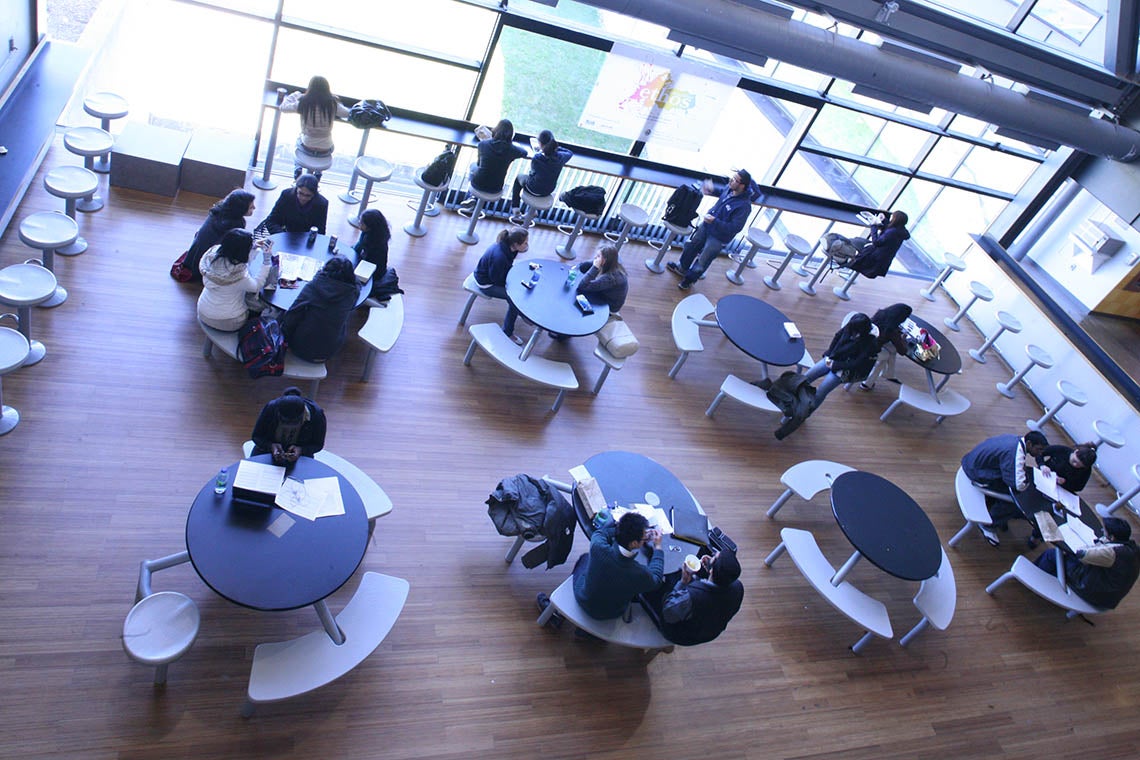 Exam season can be a stressful time, but there are practical ways to make your studying time count (photo by Ken Jones)

For some students, they are the most emotionally charged words in education: exam season.

It’s a stressful time, whether it’s your first or last round of exams. If you’ve developed poor study habits, or can feel yourself developing them, there are ways to turn things around.

We spoke to students about their studying habits, then asked University of Toronto experts for their take on preparing for exams.

“I have to start studying right away”

When students are anxious about an upcoming exam, they tend to jump in and start trying to study right away, says Jennifer Tigno, manager of advising and learning skills services in the Academic Advising & Career Centre at U of T Scarborough.

But Tigno says students can actually save time and study more effectively by first making a plan. She recommends mapping out everything you need to cover before exams, then putting together a schedule of what and when to study.

When scheduling study tasks, Tigno recommends making use of the spacing effect, the phenomenon where information is remembered for longer when studying is spread over time.

“The best way to study is to keep reading my notes”

Continuously reading course material often isn’t enough to commit the information to memory, says Janelle LeBoutillier, an associate professor, teaching stream in the department of psychology at U of T Scarborough. Repeated reading can make you feel familiar with class material, without actually understanding it.

“If you read material over and over and it’s not really sinking in, it becomes redundant, it becomes boring,” LeBoutillier says. “Then you might not give it enough attention to really understand it.”

Instead, Tigno suggests self-testing. Use course material such as old tests, assignments and textbook problems to create questions, then spend the bulk of your time, if not all of it, testing yourself.

LeBoutillier also recommends adding a time constraint when self-testing, to mimic the environment, and your emotional state, during the exam.

“If I study for hours non-stop, I'll learn more”

It may seem counterproductive, but taking frequent breaks is actually a key part of making your study time count.

“The idea is that if you concentrate for three hours you’re doing something really effective,” says Zindel Segal, a professor in the department of psychology at U of T Scarborough. “But it may be that within those three hours your concentration is going to lapse anyways,”

“Sometimes taking a break doesn’t mean going on your phone or watching a video, because that in itself is also concentration,” he says. “It might be getting up and moving your body, because that’s activating a different system.”

“I can only study by cramming”

Cramming – studying as much as possible right before an exam – is never ideal. But as Tigno says, “that’s life, that’s going to happen sometimes.” She says students in this situation remember the most information when they approach cramming with a plan of attack, stay calm and spend most of their time testing themselves.

In this situation, it may be tempting to stay up all night and study, but this will work against you, LeBoutillier says.

“The best thing you can do is sleep,” she says. “Don’t pull an all-nighter and skip your sleep.”

During sleep, the brain commits information to memory. LeBoutillier says it will always be better to study then sleep the night before an exam, and review the material again in the morning.

This is the same reason why it’s important to start studying early: The more nights you sleep between studying, the more chances you brain has to get the information into your memory.

“No matter what, I'm going to blank out when I start the exam”

Tigno says students sometimes tell her that they “blank out,” or forget everything they studied, once an exam starts.  She says this is often due to feelings of panic or test anxiety.

“Their state of mind has changed so much from when they studied that they can no longer access retrieval cues to key memories,” she says. “The information they studied is there, but they can’t access it because they’re so anxious.”

Segal says students may find it helpful to briefly shift their attention away from the mind and onto the body. Focus on the sensations you feel, like noticing your breathing and asking yourself whether you are breathing in or out, or counting a few breaths. Try pressing your feet into the floor and focus on the sensation, then come back to the question.

“When people blank they sometimes try to work harder at coming up with an answer, then if they don’t, they can start to panic,” he says. “Those suggestions are a way of stepping outside of the thinking loop and coming to feel what’s going on in the body.”

There is also evidence that if you study in the same room as the one you will write the exam in, you will do better, LeBoutillier adds. This isn’t always possible, but students can reap similar benefits by trying to mimic the testing environment. LeBoutillier suggests sitting upright at a desk and studying in silence, instead of lying down or listening to music, for some of your study time.

Segal says one of the best things students can do during exam time is be kind to themselves. This means scheduling time for healthy eating, exercise or relaxing activities – even socializing.

He also recommends keeping the bigger picture in mind and challenging negative thoughts.

“Judgmental and critical thoughts are not helpful, even though they might come into your mind,” he says. “Just remind yourself that you’re doing your best. Being kind is often a really effective starting point of coping.”