​‘How powerful is place?’ U of T hosts major global academic summit with Times Higher Education 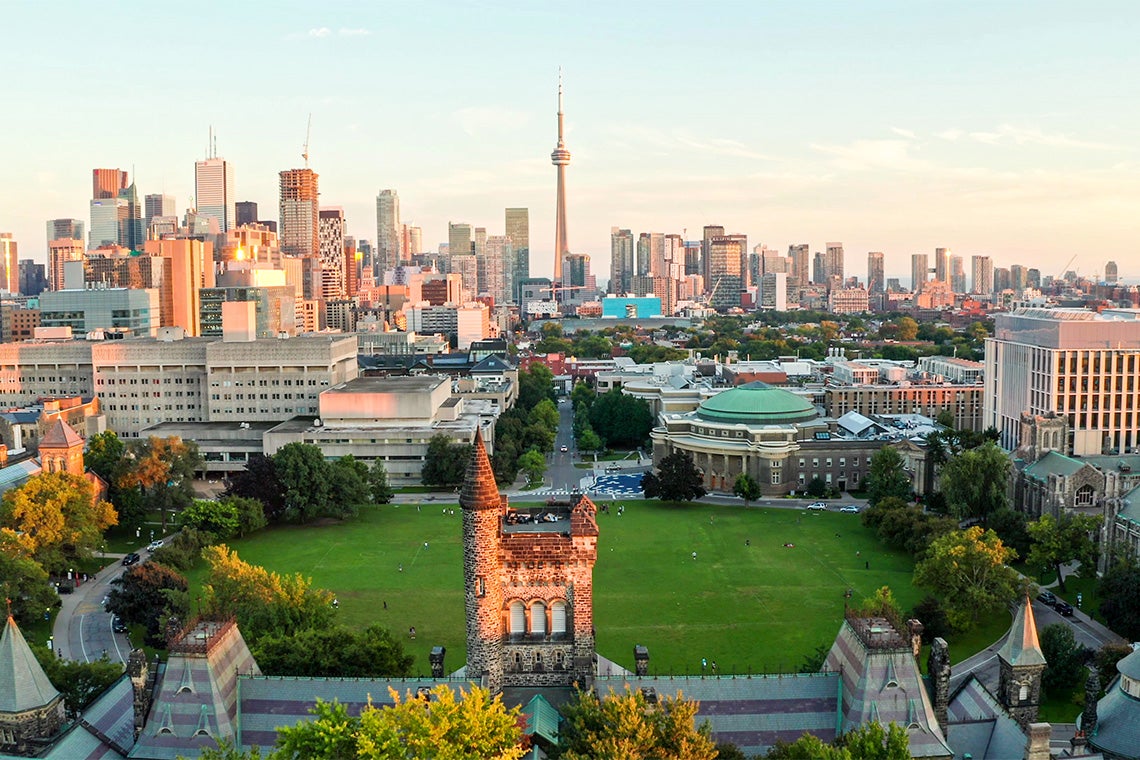 The University of Toronto has brought together university leaders from around the globe for the Times Higher Education World Academic Summit 2021 – a digital-first event that explores the idea of “place” during the pandemic and beyond.

“The pandemic has brought many changes to our daily lives and the way we interact with one another,” said U of T President Meric Gertler in a pre-conference interview.

“That raises some interesting questions for our sector: Is the residential model of university education still the dominant model after all this? How will international education and experience be transformed as a result of the pandemic? What does the future of global research collaboration look like?

“U of T is ideally positioned to host these conversations.”

The three-day global conference, co-hosted by Times Higher Education and U of T, kicked off yesterday and features leading higher education administrators, prominent researchers and political and business leaders. Together, they are examining four important topics under the overarching theme of: “How Powerful is Place?” 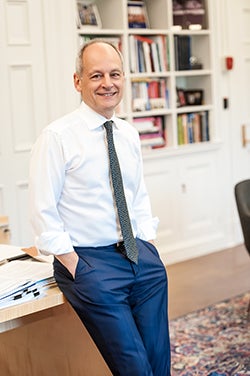 Some sessions considered universities’ “contributions to place” by taking a look at their impact on the regions where they are located, including their role as economic and civic anchors that foster resilience, reinvention and innovation. Others focused on “place’s impact on universities,” discussing the importance of local politics and policies – and the critical role location plays in attracting and retaining students, staff and faculty.

Still others explored “how global collaboration can complement local success,” and whether a university’s location affects its international partnerships and networks.

Sessions that looked at a fourth theme – “Has the digital classroom replaced the campus?” – involved discussions around the use of virtual learning and other technologies to adapt programming during COVID-19, and how universities can use these technologies to complement traditional in-person learning post-pandemic.

The conference was several years in the making. Originally scheduled to be hosted by U of T in 2020, the summit was postponed due to the global pandemic and its original theme of “The Power of Place” was reimagined to reflect new challenges.

Times Higher Education’s university rankings are among the most closely watched in the world.

“This theme is of direct relevance to U of T, where we have arguably one of the most diverse student bodies in the world,” President Gertler said prior to the event, adding that a commitment to inclusive excellence is core to the university’s mission.

Another key focus was Indigeneity and place, which explored the historical and contemporary relationship between Indigenous Peoples and the places where universities are situated. In a keynote event, Associate Professor Susan Hill, director of U of T’s Centre for Indigenous Studies, and Shaun Ewen, pro vice-chancellor (Indigenous) at the University of Melbourne explored “The legacy of place: How to take transformative action.”

Other timely discussions at the summit focused on the following areas: innovation and equity; opportunities for global collaboration; how the pandemic has changed the way universities communicate; what universities owe the descendants of slavery; how to attract and retain talent; and remote learning through the eyes of students.

In an address to summit attendees, Toronto Mayor John Tory, a U of T alumnus, emphasized the importance of the two-way relationship between universities and the urban regions that support them.

“Our educational institutions have allowed us to lead on a variety of fronts, including health care, medicine, machine learning, law, finance, film, pharmaceuticals, technology – the list goes on and on,” he said, noting that universities are a key economic driver for the Toronto region.

Similarly, Cheryl Regehr, U of T’s vice-president and provost, highlighted the advantages enjoyed by U of T because of its location.

“Our three campuses benefit immeasurably because they are located in one of the world’s most dynamic – and most diverse – urban areas,” said Regehr, who previously discussed the power of place with university leaders in Davos during the World Economic Forum.

“That helps us attract the best minds and, in turn, imparts a global outlook to our research and scholarship that elevates both the university and the city in which it resides.”

U of T experts participating in the three-day event include:

·      Karen Chapple, professor in the department of geography and planning and director of U of T’s School of Cities

·      Richard Florida, University Professor at the Rotman School of Management

·      Susan Hill, associate professor of Indigenous studies and history and director of the Centre for Indigenous Studies

Several talks sought to examine the role of physical space in an increasingly digitized world.

Vijayakumar Bhagavatula, director of Carnegie Mellon University Africa, is scheduled to discuss the function of global branch campuses on Thursday. Also on Thursday, Krishna Rajagopal, acting vice-president of open learning at the Massachusetts Institute of Technology, will discuss how digital delivery can enhance learning on campus.

In the case of U of T, President Gertler said he expects the university’s three campuses to retain their strong ties to the Greater Toronto Area amid advances in remote learning and digital communications.

“There’s no question that we have viewed our locations as one of our most important assets,” he said. “I think that’s going to continue to be true. But this summit asks: In what ways will that relationship change over time?”