'Green' projects at U of T receive $26.7 million boost in provincial funding 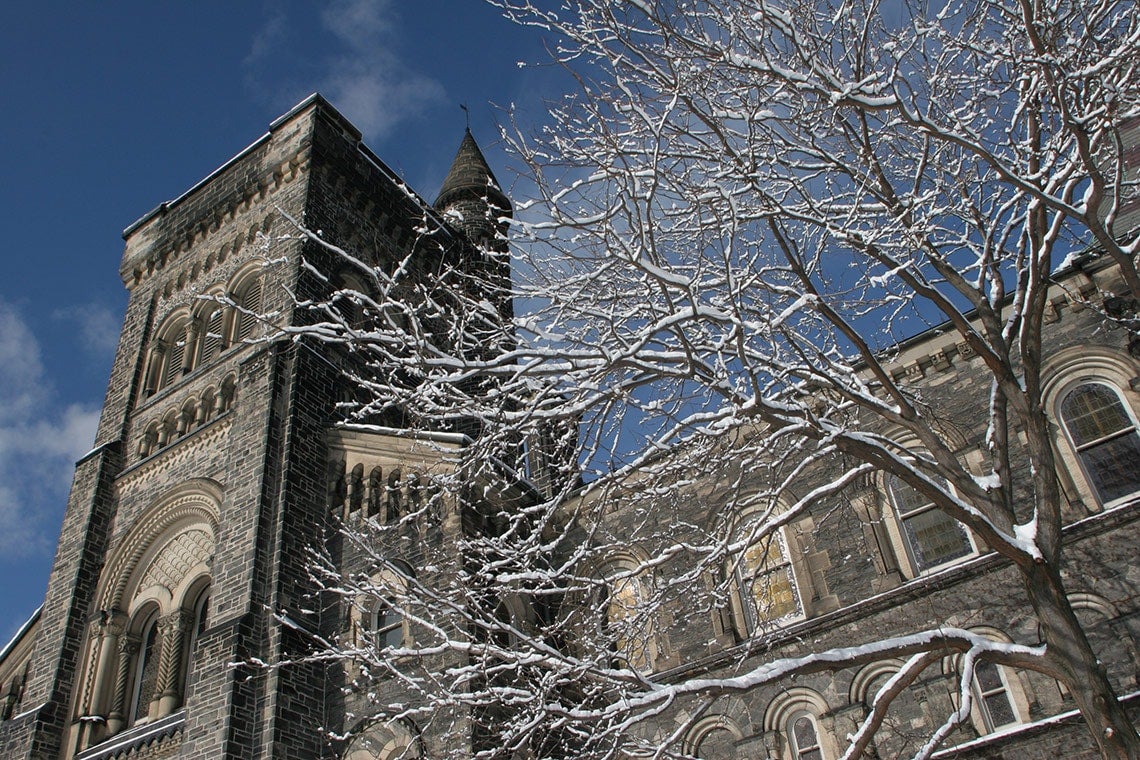 U of T will combine the new funding with $15.3 million already earmarked for energy efficiency and greenhouse gas reduction projects across all three campuses

The University of Toronto, long a sustainability leader, plans to leverage $26.7 million in new provincial innovation funding to launch several major “green” projects across its three campuses as part of a program to reduce current and future greenhouse gas emissions.

The new funding, announced on Monday by the province, will be combined with $15.3 million U of T has already earmarked for energy efficiency initiatives ranging from a geothermal well at U of T Scarborough to upgrades at U of T’s 106-year-old central steam plant, which heats most of the downtown Toronto campus.

It’s part of an overall effort by Canada’s largest university to reduce carbon emissions by nearly 12,000 tonnes by the year 2021.

“This will allow us to double down on investments we’ve been making for the past decade to reduce our greenhouse gas footprint,” said Scott Mabury, U of T’s vice-president of university operations.

“We’re adding in new technologies and reorienting how buildings operate so they use less energy and lower our utility bills. That, in turn, frees up cash to use in the classroom.”

The Ontario government asked the province’s public universities last November to put forward proposals that demonstrate “innovative plans and approaches” to campus sustainability and reduction of greenhouse gas emissions such as CO2.

The money, which includes access to interest free loans ($44 million for U of T), comes from the proceeds of Ontario’s carbon market. The cap and trade program is an integral part of the province’s climate change action plan that calls for cutting greenhouse gas emissions by 80 per cent by 2050.

“By investing in repairs and retrofits on campuses across the province that will reduce greenhouse gas emissions and improve energy efficiency, we can extend the life of valuable infrastructure and provide students with the best possible learning environment to pursue their goals and achieve their potential,” said Mitzie Hunter, Ontario’s minister of advanced education and skills development, in a statement.

While U of T has already made great strides in boosting energy efficiency over the past decade and a half – everything from installing solar panels to investing in “smart” systems that adjust a building’s heating and cooling depending on occupancy – Mabury says the additional funding will make it possible to tackle even bigger, longer-term projects.

One such project involves U of T’s central steam plant, which heats much of the downtown Toronto campus through an underground network of tunnels and pipes – itself a model of energy efficiency.
“Imagine that your neighbourhood has one big furnace that heats all the houses,” said Mabury. “It’s much more efficient and much less polluting.”

By installing more equipment to capture energy from waste heat that would otherwise go up the facility’s towering smokestack, the U of T proposal not only further reduces pollution but makes it possible to one day switch the steam-based district heating system to one based on hot water, which is even more efficient.

“It’s a big investment,” Mabury said. “So what we’re doing here is the initial pieces of getting our central steam plant lined up to do that.”

U of T will also install monitoring equipment at dozens of buildings and lay the groundwork for turning a heritage building on the downtown Toronto campus into a “net zero” structure, meaning it will use the same amount of energy that it creates through renewable energy systems.

At U of T Mississauga, meanwhile, there are plans to use $5.8 million of the funding to upgrade heating and cooling systems of several buildings, including the Recreation, Athletics and Wellness Centre. There are also plans to install solar panels to heat the centre and its 25-metre pool.

U of T Scarborough will tap $2.7 million to, among other things, install a geothermal heat pump in the courtyard of the Andrews Building.

Though U of T faces unique challenges when it comes to reducing greenhouse gas emissions – the three Toronto-area campuses serve a population larger than many Canadian cities and many buildings were erected at a time when energy was cheap – the university’s longstanding commitment to sustainability is already paying off.

The downtown Toronto campus alone managed to reduce its carbon footprint by 50,000 tonnes over the past decade despite adding 25 new buildings and increasing the student population by 50 per cent.

That’s the equivalent of taking 10,000 cars off the road.

Paul Leitch, U of T’s director of sustainability, said the green projects will deliver clear benefits for the university’s students, faculty and staff, as well as for the city and province more broadly.

“Everybody wins when we work together to reduce our energy needs with a sustainable vision,” Leitch said.