By getting involved on campus, U of T grad Vanessa Parise found her path – and a sense of purpose 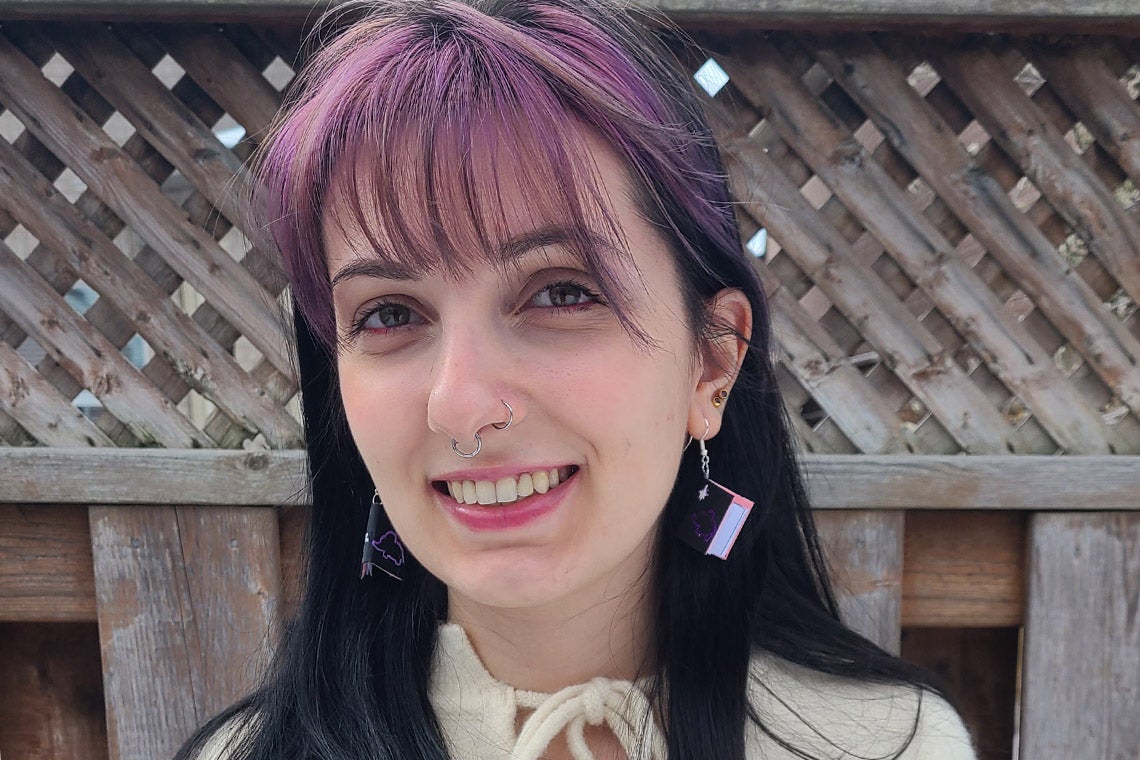 After encountering several personal challenges in her third year, U of T Mississauga graduate Vanessa Parise began to volunteer on campus and discovered a career path in psychology (photo courtesy of Vanessa Parise)

Vanessa Parise’s journey as a University of Toronto student wasn’t defined by the hurdles she encountered, but by how she recovered and took steps to get the most from her post-secondary experience.

Parise, who is graduating from U of T Mississauga this spring with an honours bachelor’s degree in psychology and biology for health sciences, began her studies in 2016 by specializing in life sciences and planning to attend medical school. During her first two years, she focused heavily on schoolwork and friendships, viewing extracurricular campus activities as irrelevant distractions.

But, by the start of her third year, Parise says she suddenly found herself at the end point of a romantic relationship and feeling abandoned by a group of friends. Feeling isolated, she says she struggled to consistently attend classes and complete assignments. Her grades began to suffer, and she says she seriously considered dropping out. The death of her grandfather during second semester was yet another blow – but also a moment of clarity.

“My grandfather was a prideful man, and his outlook was … you clean up and keep going,” recalls Parise, 23, who lives off campus with her family in Mississauga. “When he passed away, I thought, ‘What am I doing? Am I going to drop out because no one talks to me?’”

Feeling a renewed sense of agency, Parise began searching for ways to get involved on campus. She signed up to be a peer support volunteer at the UTM Sexual Education Centre. She also volunteered in fundraising for the Mississauga Food Bank. She says being able to help others in need filled her with a sense of purpose. A peer also suggested Parise join PAUSE, the association for undergraduate psychology students.

While psychology had previously been a secondary academic interest, Parise says being part of PAUSE opened her eyes to a different career path. In her fourth year, she volunteered as a lab assistant in the first-year introductory psychology course and as a health psychology research assistant. Her interest in psychology further solidified after completing an independent research project under psychology professor Judith Andersen on evidence-based training to improve police performance.

Parise also became more involved in PAUSE by volunteering as an event director and, this past year, as president. Her many contributions, which included introducing a peer-mentorship program, helped significantly increase student engagement and led to PAUSE receiving the Principal’s Award of Excellence, Student Group.

“PAUSE was a main highlight of my UTM experience,” Parise says. “Being president – if I could take that experience and relive it, I would. I loved it so much. I’m naturally more of a leader than a follower, so I was comfortable in the role and I had so much support from my team.”

Over the past academic year, Parise continued to explore new areas. Her volunteering included leading the U of T Mississauga STEM Fellowship Group, providing peer health education to other students and leading a peer-facilitated study group. Throughout, she worked two external jobs as a full-time clinical research co-ordinator and a part-time receptionist.

Parise says she’s leaving U of T Mississauga with a sense of pride and accomplishment, as well as formal recognitions such as the Student Leadership Award and the Ontario Youth Volunteer Award. This fall, she will pursue a one-year research analyst post-graduate program. After that, she hopes to enrol in graduate school for psychology and study how trauma affects brain function.

“You know how they always say it does get better? It does, but you have to work for it,” she says, adding that by making a change, she was able to achieve “everything I thought I wasn’t or couldn’t be.”