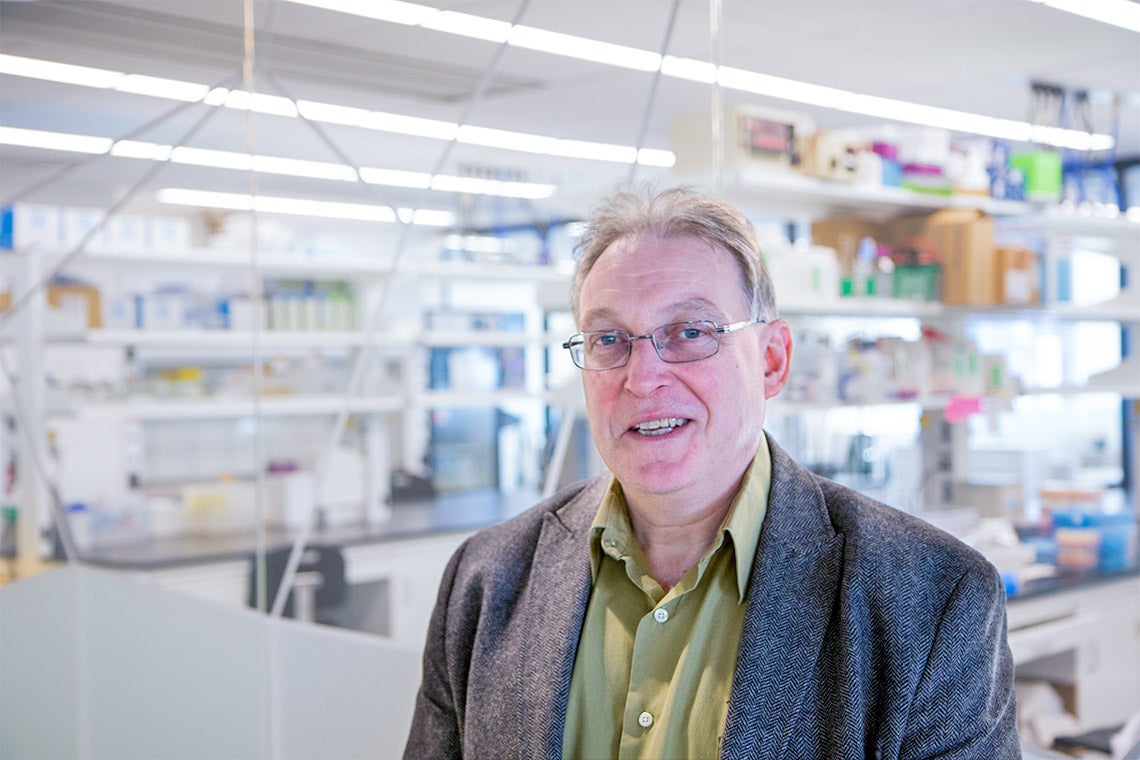 Nearly 20 years ago, Paul Santerre and his team pioneered a new way of making medical implants that reduces the risk of blood clots and infections. Now, the technology is set to go global after being acquired by Evonik, a multinational specialty chemicals firm that plans to maintain a presence in Toronto.

The spin-off company created through Santerre’s research – Interface Biologics Inc. (IBI) –  said on Tuesday that its surface modification division will be acquired by Germany’s Evonik for an undisclosed sum.

“This is a professor’s dream,” says Santerre, a professor in the University of Toronto’s Faculty of Dentistry with a cross-appointment at the Institute of Biomaterials and Biomedical Engineering.

“It’s the best outcome for our startup: investment, sales and drawing a major company here to do product development.”

Active in over 100 countries around the world, Evonik has more than 32,000 employees who last year generated more than $21.4 billion in sales.

From catheters to artificial hips, implants are a critical component of modern health care. But the surfaces of such devices can become a habitat for infectious bacteria. They can also trigger the body’s natural responses, creating life-threatening blood clots that are released through a process known as thrombosis.

Santerre’s technology works by modifying the surface of materials implanted in the body. These modifications make it more difficult for certain proteins – such as those that cause blood clots, whether secreted by invading bacteria, blood platelets or blood cells – to stick to the surface.

At the heart of the innovation is a series of short-chain molecules called oligomers. Like another famous non-stick material, Teflon, the oligomers that Santerre conceived contain fluorine as part of their chemical structure.

But whereas Teflon must be spray-coated onto a surface after it’s made, Santerre’s additives can be mixed directly into molten plastic. As the plastic cools, the oligomers migrate to the top few nanometres, creating a non-stick surface without the need for any additional manufacturing steps.

In 2001, the technology, branded Endexo, was part of a suite of innovations that was used to form IBI.

“We are excited to onboard the Endexo technology in our portfolio,” Jean-Luc Herbeaux, the senior vice-president and general manager of Evonik’s health care business, said in a statement.

“Endexo expands our ability to serve as a development partner and solution provider to medical device companies worldwide. The team of Interface Biologics has done an exemplary job developing this innovative technology and bringing it to market. We look forward to applying our global business development capabilities and technical prowess to further expand the geographic and application footprint of Endexo.”

The IBI team will support Evonik’s continuity of the business under a two-year transition services agreement. Evonik is expected to build on IBI’s expertise in surface modification by maintaining a presence in Toronto.

“Evonik was impressed not only by the IBI story, but by the rich and growing innovation ecosystem across U of T, and Toronto more generally,” says Santerre, who is also a co-director of U of T’s Health Innovation Hub (H2i), one of several entrepreneurship hubs on campus.

Santerre says that the new deal will take the technology to larger markets faster than would have been possible with IBI. But he is even more excited by what this means for the future of entrepreneurship and commercialization at U of T.

“Evonik is now the second major multinational health technology company to want to live here,” he says. “They will likely catalyze many more to come.”