Research by Anna Shternshis, U of T’s Al and Malka Green Professor of Yiddish Studies, culminated in the album Yiddish Glory: The Lost Songs of World War II, which earned a Grammy nomination last year (photo by Jaclyn Shapiro)

Many historians attempt to give a voice to those who history has forgotten – but few earn a Grammy Award nomination for their work.

As an undergraduate student in Russia in the early 1990s, the University of Toronto’s Anna Shternshis was among the first generation of students in the country to be able to pursue Jewish studies – a subject that had been off limits in the former Soviet Union. Keenly interested in music as a historical source, Shternshis did her undergraduate thesis on Yiddish songs in Josef Stalin’s Soviet Union.

Shternshis’s interests at the intersection of Soviet Jewish history, culture and music culminated, some 20 years later, in Yiddish Glory: The Lost Songs of World War II, which earned a Grammy nomination last year and received media coverage around the world. The album comprises long-lost Yiddish songs written by Soviet Jews including soldiers, women and children, and is based on material Shternshis discovered in the archives in Ukraine.

“These are the voices of people who never got to tell their stories, and who used the last moments and days of their lives to record that story in the form of a Yiddish song for us,” says Shternshis, U of T’s Al and Malka Green Professor of Yiddish studies and director of the Anne Tanenbaum Centre for Jewish Studies in the Faculty of Arts & Science

Shternshis is among the younger generation of U of T historians whose work has helped sharpen our understanding of the past and pave the way for further critical examination of historical record, as well as a better ability to analyze and understand our current world. The work has also earned accolades, with Shternshis awarded a prestigious Guggenheim Fellowship earlier this year. 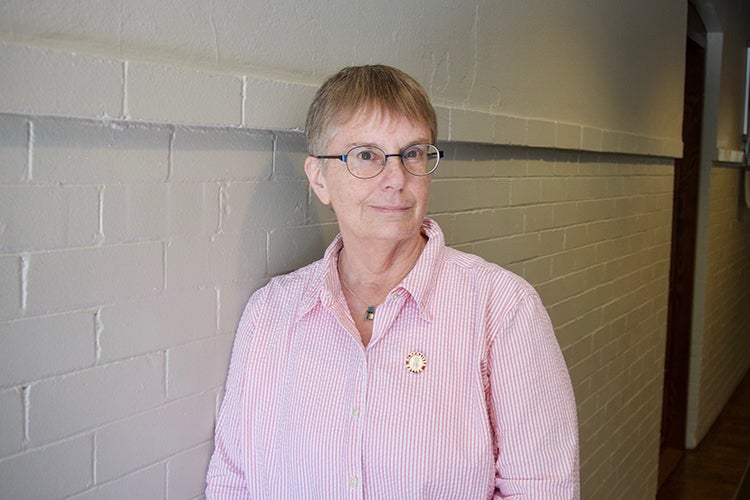 Lynne Viola, a University Professor in the department of history, has received letters from people whose grandparents or great grandparents were oppressed in Stalin’s Soviet Union. Thanks to her research, “now, for the first time, at least some of them are able to track down relatives,” she says (photo by Diana Tyszko)

Lynne Viola, meanwhile, is another U of T researcher who is focused on 20th-century Russian history. Her most recent project saw her pore through secret archives to bring to light some of the darkest, most disturbing and most closely guarded secrets of the period.

In her 2017 book Stalinist Perpetrators on Trial, Viola, a University Professor in the department of history in the Faculty of Arts & Science, outlines the horrors of the Great Terror of the late 1930s, when Stalin purged members of the secret police, punishing them for crimes that they committed at his behest.

She says she’s pleased with the impact that the book has had both among scholars as well as the descendants of those who suffered oppression in Stalin’s Soviet Union.

“We’ve started a whole new area of study which contributes to understanding political violence in the Soviet Union under Stalin, and we’ve started a conversation about perpetrators and the agency of perpetrators,” says Viola, who is cross-appointed to the Munk School of Global Affairs & Public Policy. “It’s not so much that we’re looking to punish anyone – because historians shouldn’t be a court of justice – but we want to understand what the stakes were.

“The work has also led to a whole series of everyday people writing to me about their relatives who were repressed – their grandparents, great-grandparents. Most of these people don’t know what happened, but now, for the first time, at least some of them are able to track down relatives. This is particularly important in Canada for members of the Mennonite communities who left Russia, the Soviet Union and Ukraine, but also for Ukrainian diaspora.”

As well-received as the book was, Viola is keen to point out that it was just one piece of a much larger, ongoing project: She and her colleagues are combing through archives of Soviet secret police interrogators and compiling an expansive collection of their findings.

“We’ve finished four volumes and are currently working on the fifth. They’re about 800 pages each,” Viola says. “Mainly, it’s about getting these things out in the public domain so that, regardless of government, they can’t take the documents back.

“I’m also pulling together an anthology of articles by members of the research team, which has been more work than I expected. We have some great translators but they don’t know the vocabulary, so I’ve had to do quite a bit of editing.”

Viola jokes that she would “love to put the project to bed but people get so excited, they have new ideas and so the project continues.”

While Viola is recognized as a world-leading researcher in her area of history – she won a Killam prize and the Royal Society of Canada’s Pierre Chauveau Medal last year – she says teaching and mentoring are vital to her sense of fulfilment as a professor.

“At an undergraduate level, I’ve always thought that, in 10 years, my students might not remember anything about Russian history, but what I want them to remember is a critical approach to understanding history [is] understanding the politics and biases that go into history, how to take apart a book critically, how to read a newspaper critically,” she says.

“This is part of teaching in the humanities.” 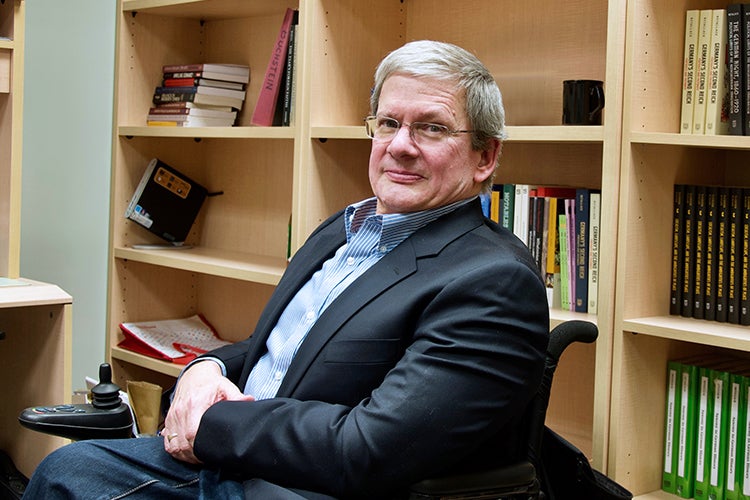 James Retallack, who has taught at the department of history for more than 30 years, is recognized as one of the most impactful scholars of the German Empire (photo by Diana Tyszko)

James Retallack is yet another U of T scholar to have garnered accolades for his decades of contributions as a historian – in his case, focusing on German politics and society in the two centuries prior to the rise of Adolf Hitler.

Retallack, who has taught at the department of history for more than 30 years, is credited with being among the first non-German historians to discover key materials in the Saxon State Archive in Dresden. The discoveries led to the publication of Red Saxony  in 2017, a seminal work that sheds light on the forces that contributed to the rise of authoritarianism in the Kingdom of Saxony and Germany at large, and how this fostered an environment that made it possible for Adolf Hitler and the Nazis to win elections in the 1920s.

Red Saxony is one of around a dozen books written or edited by Retallack, who is recognized as one of the most impactful scholars of the German Empire. His current research projects include a book examining Germany social democracy between 1870 and 1914 from a British lens that is expected to be published in 2021.

Earlier this year, Retallack was named one of U of T’s University Professors, an honour reserved for scholars who have displayed unusual achievement and pre-eminence in their field. At a ceremony marking his appointment, Cheryl Regehr, U of T’s vice-president and provost, lauded Retallack’s research, saying that it’s “central to any understanding of German history and speaks to present-day developments on how and when and to what degree political systems are able to democratize under the influence of authoritarian movements, institutions and leaders.”

Retallack’s long list of honours also includes a fellowship from the John Simon Guggenheim Foundation, Killam Fellowship and research prizes and fellowships from the Alexander von Humboldt Foundation, to name a few.

As for Shternshis, she has also been recognized by U of T with a President’s Impact Award for her work on Yiddish Glory. She says the album has since evolved into a book that’s set to explore the historical context around those songs, as well as the discrepancies they reveal in the oral histories of Soviet Jews.

For example, Soviet Jewish veterans of the Red Army stated in recorded interviews that they had to hide their Jewish identities and didn’t speak Yiddish. However, the existence of the Yiddish songs Shternshis uncovered suggests otherwise.

“The materials in the songs show ultimately that Jews who served in the Red Army did speak Yiddish, and sang in Yiddish,” says Shternshis. “Unlike a diary, a song is a public, communal work of art that’s not written just for one’s own consumption. So, if people wrote songs that they shared, there was a community where that could be appreciated. That story is erased from oral history.”

The book will also tell the story of the scholars who recorded and preserved these rare materials, and the price they paid for their efforts. Many were arrested during Stalin’s anti-Jewish purge, with their work confiscated and lost to history for decades.

Shternshis says writing the book – which is tentatively titled Last Yiddish Heroes: A Lost and Found Archive of the Holocaust in the Soviet Union – might not have been possible if it wasn’t for her being awarded a Guggenheim fellowship.

“I have all the materials, texts, testimonies, stories and court records – I just needed time to sit down and write all that up,” she says.

She adds that both Yiddish Glory and the upcoming book are ultimately part of the same scholarly endeavour, “a continuation of my interest in what mattered to everyday people who lived during extraordinary historical times.”