Final Iron Chef practice: 'This is a gold medal plate' 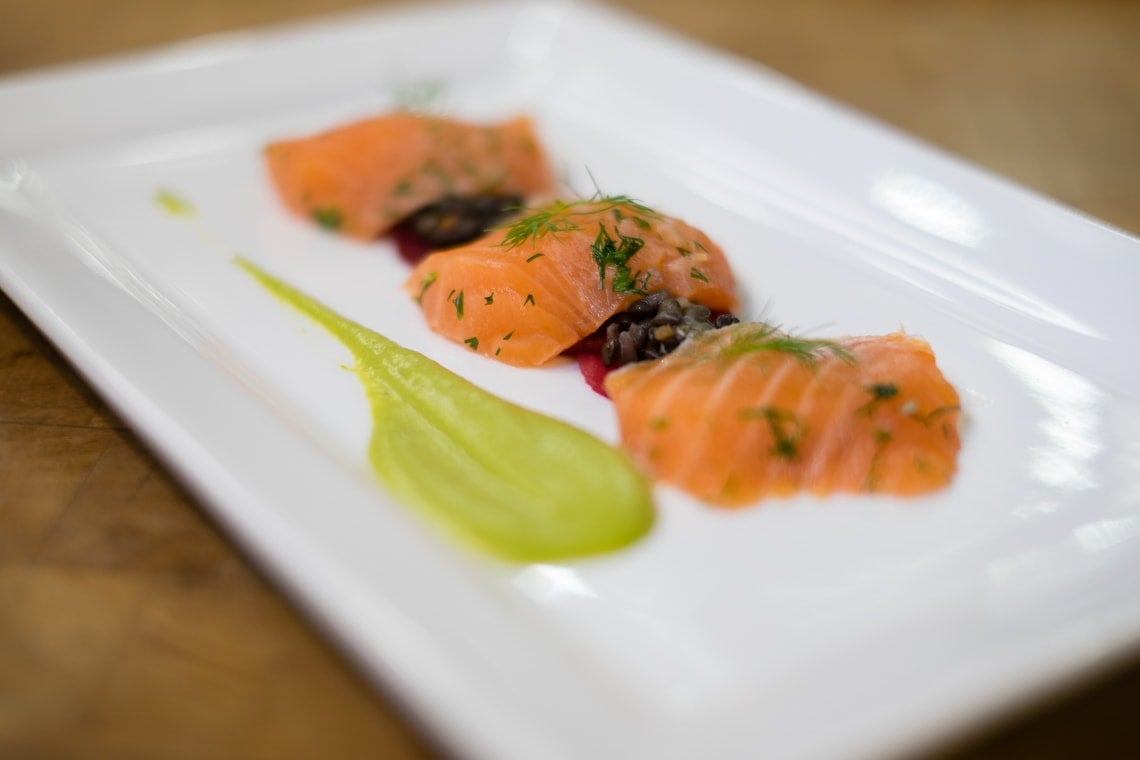 With the inter-university culinary competition days away, is U of T's team ready?

The University of Toronto Iron Chef team faced its stiffest test yet on Wednesday, days before competing against students from three other universities.

Using a box of surprise ingredients, the team had 2 1/2 hours to produce an appetizer and main dish that would wow the guest judges, U of T executive chefs Jaco Lokker and Suman Roy.

Catch up on U of T Iron Chef news, video and updates

This was the team's final practice before the cook-off against the University of Massachusetts Amherst, University of Ottawa and McGill University on Saturday. In the Iron Chef competition, the team will also be given a black box of ingredients and be asked to prepare an appetizer and main course to impress the judges.

Watch the cook-off live on Saturday 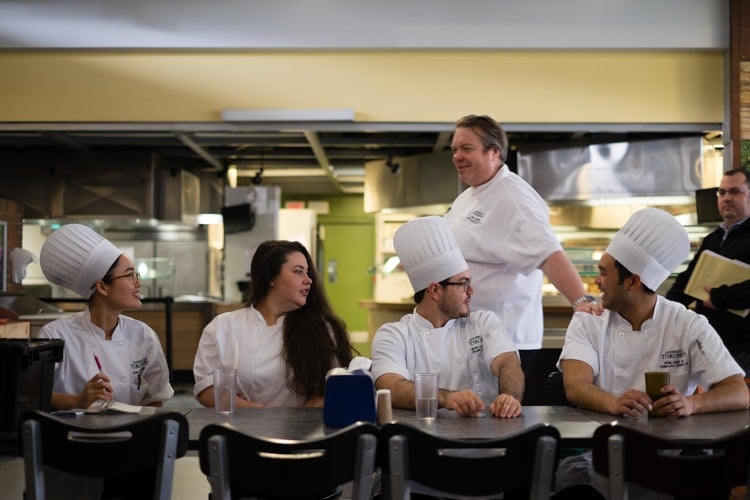 “Why do you look so serious?” Chef Jaco Lokker (centre) says, as he strides past students (from left to right) Ailin Xi, Brettany Colette, Felipe Branco and Jordan Su (photo by Geoffrey Vendeville)

The students met in the office of their coach, Chef James Piggott, to brainstorm a menu, deciding on a quick cured salmon with ginger-beer pickled beets and a lentil salad. The main course would be a tandoori braised chicken on biryani-style rice with roasted cauliflower, samosa and lime cilantro yogurt.

The team quickly got to work and assumed familiar roles in a kitchen station at the New College residence. Xi kept time to make sure everyone was on schedule. Branco butchered the chickens and salmon.

The guest judges Lokker and Roy questioned whether the students could pull off such an “ambitious” menu in time.

“A cured gravlax in two-and-a-half hours? Normally you’d do that overnight,” Lokker said.

The students got off to a slow start but picked up the pace to get their appetizer out on time. 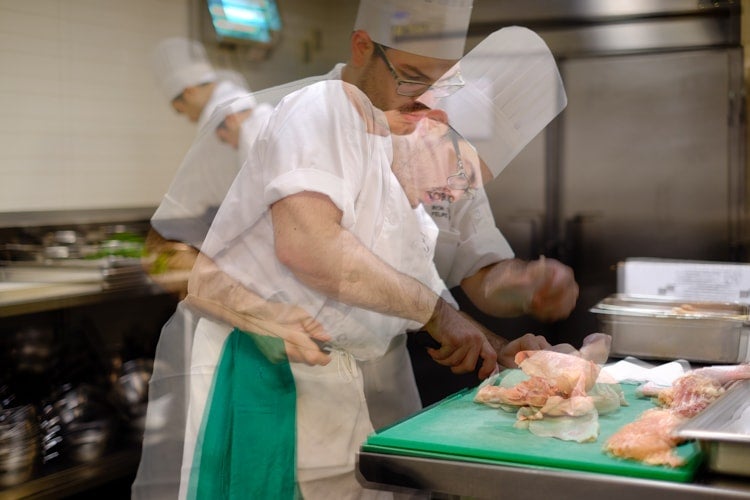 The judges’ initial skepticism seemed to melt away after they saw the finely sliced gravlax salmon arrive.

“That’s a gold medal plate to me,” said Lokker, after a few bites.

His fellow judge agreed. “If I go to a good restaurant in Toronto, and I got this, I’d be happy,” Suman said.

Their only criticisms were that the dish needed a touch more salt and that ginger beer gastrique lacked a little punch.

They were harsher on the main course since it arrived a few minutes late – the students took too long garnishing the plates. The chefs said the chicken was cooked properly, but that the rice should have been drier to be a true biryani. Overall, though, they were delighted.

“Every time you put something on a plate, it gets better and better,” Lokker said. The students have come a long way since their first day in the kitchen Jan. 24.

Despite the glowing reviews, the students appeared downcast when they listened to the chefs’ criticisms. Their grade for the appetizer was an 83.

“With that mark, you go to the prof and say, ‘Where did I go wrong,’” Colette added.

Asked why the students looked glum, Lokker said it’s probably because they are high achievers.