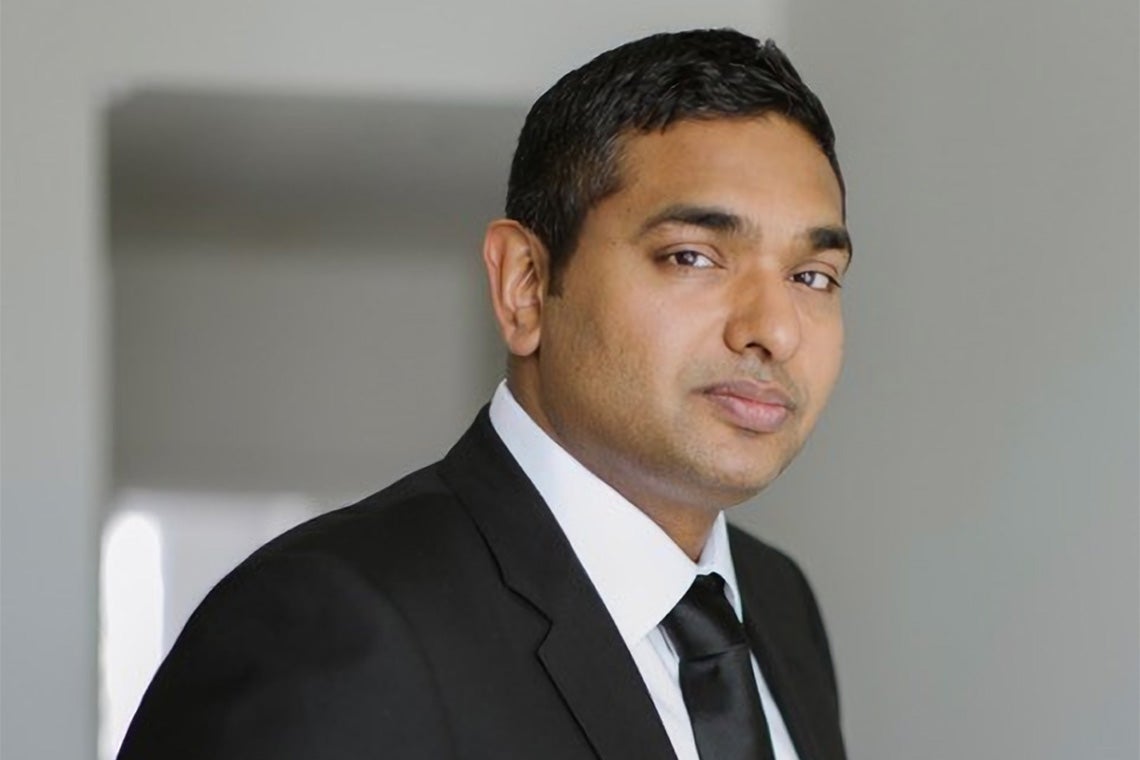 As scientific director of the Ontario COVID-19 Science Advisory Table, Fahad Razak’s job is to explain experts’ scientific data and evidence to government and the public, through recommendations, so that they can make informed decisions.

Razak – an assistant professor in the department of medicine in the Temerty Faculty of Medicine and at the Dalla Lana School of Public Health’s Institute of Health Policy, Management and Evaluation, and an internist and epidemiologist at St. Michael’s Hospital, Unity Health – took over as scientific director of the table this week, succeeding Professor Peter Jüni.

“The important thing to realize is that I’m one individual representing a panel of smart scientists ... these people are some of the most senior scientists and researchers in the country,” Razak told CBC’s Metro Morning this week. “My role I really see as being a conduit for them and communicating their work to the public.”

Razak, who completed an engineering science degree, medical doctorate and residency at U of T, acknowledged that both the virus and the measures taken to curb its spread have been difficult for people to endure. “I think it’s important to convey the fact that we are choosing between bad options here,” he said. “And we’re doing that because of an adversary that’s not human. It’s a virus, and we collectively are trying to do our best to try and not allow that adversary – allow the virus – to damage us.”

Listen to the interview on CBC's Metro Morning