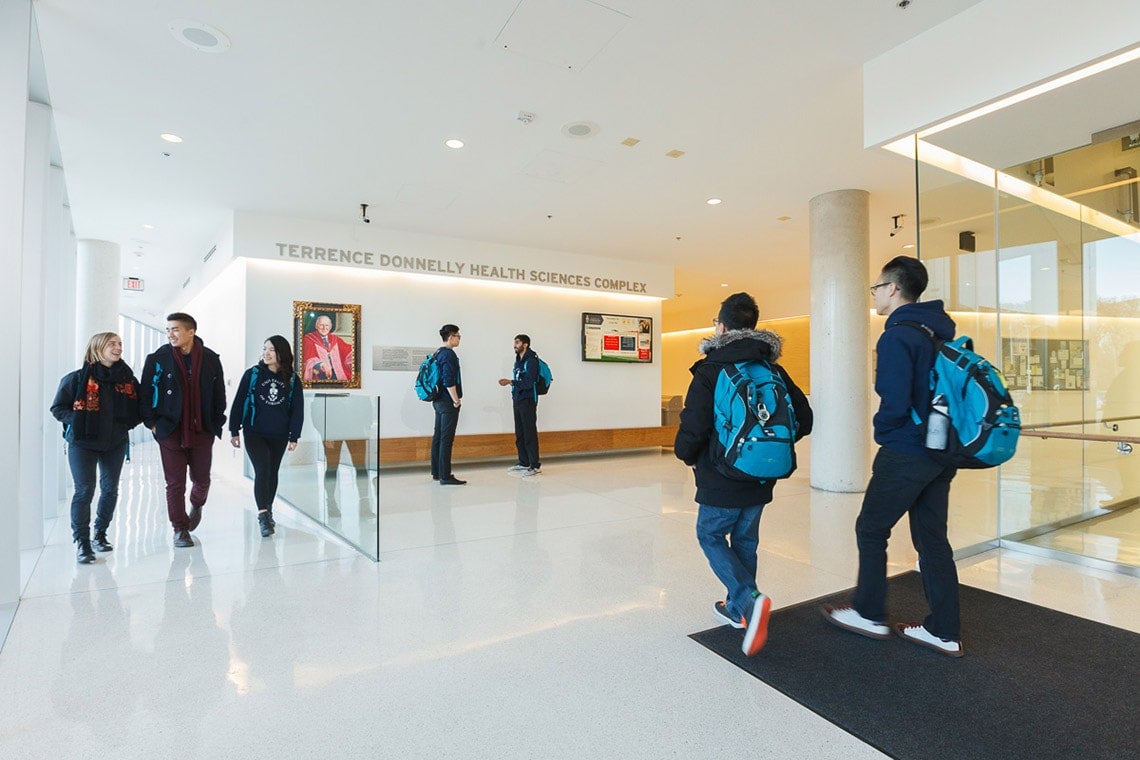 University of Toronto's Faculty of Medicine is expanding its occupational therapy program to U of T Mississauga beginning this September.

The expansion will allow the master of science in occupational therapy program to increase the number of available spots from 90 to 130, and builds on the success of the Mississauga Academy of Medicine, which began at U of T Mississauga in 2011.

“Our master of science in occupational therapy (MScOT) program is in high demand. Last year we received 953 applications, which meant we could only accept less than 10 per cent of those who applied," said Professor Trevor Young, dean of the Faculty of Medicine and vice provost, relations with health care institutions.

“At the same, there is a demand for more OTs. Ontario has one of the lowest numbers of OTs per capita. So, this expansion is badly needed,”

The expansion to U of T Mississauga will also position the program and its graduates to respond to expected population growth in the western Greater Toronto Area.

“By 2041, the population of the GTA is expected to increase by just over 35 per cent. However, Peel region is projected to grow by more than 47 per cent. Building capacity in the health sciences at UTM is just one way in which we seek to help our region grow,” said Professor Ulrich Krull, U of T vice-president and principal of U of T Mississauga.

Occupational therapists work with people who – because of mental health, injury, or physical challenges – aren’t able to engage in an activity. Through assessments and interventions, OTs help their clients develop, recover or maintain participation in their jobs and communities. OTs often work as part of an integrated care team that includes other health professionals, including other rehabilitation specialists.

“We will continue to deliver our strong MScOT program, but now it will be offered simultaneously on two campuses,” said Susan Rappolt, associate professor and chair of the department of occupational science and occupational therapy.

Students will study at the Terrence Donnelly Health Sciences Complex alongside the more than 200 MD students in the Mississauga Academy of Medicine. The MD program recently introduced the Foundations Curriculum, which has freed up classroom space that will be used for MScOT courses. Lectures will be video conferenced between U of T Mississauga and the downtown Toronto campus. MScOT students at U of Toronto Mississauga will have onsite faculty and staff, labs, mentorship and study groups, and a full range of student supports, as well as equal access to the MScOT program’s fieldwork placements.

“This expansion is perfectly timed to place more emphasis on community-based practice, which is where the discipline began. Occupational therapy services in hospital will remain critically important to ensure that patients get the care they need to return to their homes and communities, but occupational therapists can do more to help people live well in their communities and prevent admissions to institutional care,” said Rappolt, who noted the program is seeking new clinical and community fieldwork placements for students.