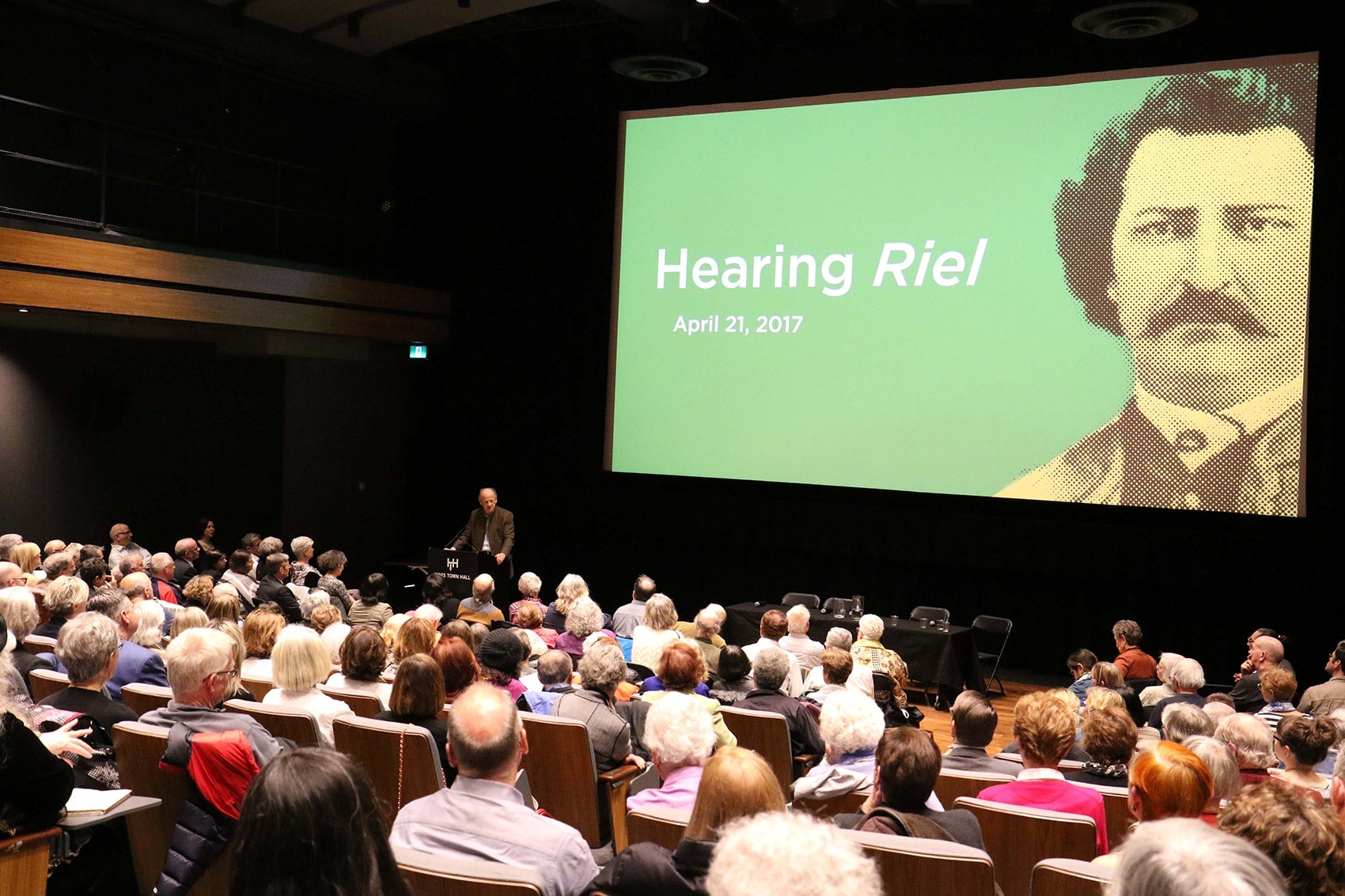 Opera enthusiasts, activists, scholars and students gathered at U of T the morning after the Canadian Opera Company’s premiere of Louis Riel to analyze the revival of the opera.

“Hearing Riel: An Interdisciplinary Symposium” was hosted by the Canadian Opera Company at Innis College last week in partnership with U of T’s Munk School of Global Affairs and the Faculty of Music.

Backed by U of T's Canada 150 projects fund, the symposium examined the 2017 production of the opera – the original is considered by many to be contentious and provocative – and the steps the Canadian Opera Company took to restore a more inclusive and expansive history this time around. Symposium panelists talked about the Métis leader, and the opera company's efforts to include more Indigenous voices in the opera, which is a modern production of the original composed by Harry Somers for Canada's 100th birthday.

Peter Hinton, the director of the 2017 production, said that there were many factors to take into consideration when doing a piece about Louis Riel.

“It was my intention with the production to treat it as an artifact,” he said.

“I use that term deliberately,” said Hinton, adding that in 2017 there's an opportunity to take another look at the beauty and the musical virtuosity of the opera “and to cast light on its colonial biases, its absences, its silences, and what it doesn’t speak to and not be afraid of that.”

Estelle Shook, assistant director of Louis Riel talked about how she put together the opera's ensemble of 36 Indigenous men and women who represent those directly affected by the outcomes, victories and losses of history. Shook is Métis and the descendant of Saskatchewan pioneer, Thomas McKay, who testified at the trial of Louis Riel in 1885. She said it was important that the 2017 production had to reframe the original telling in 1967.

“It was a way to interrogate the piece, put the opera on trial,” she said.

Jean Teillet, the great-grand-niece of Louis Riel, spoke about her ancestor and about the historical documentation she found in family collections. She's now working on a book about the history of the Métis people. 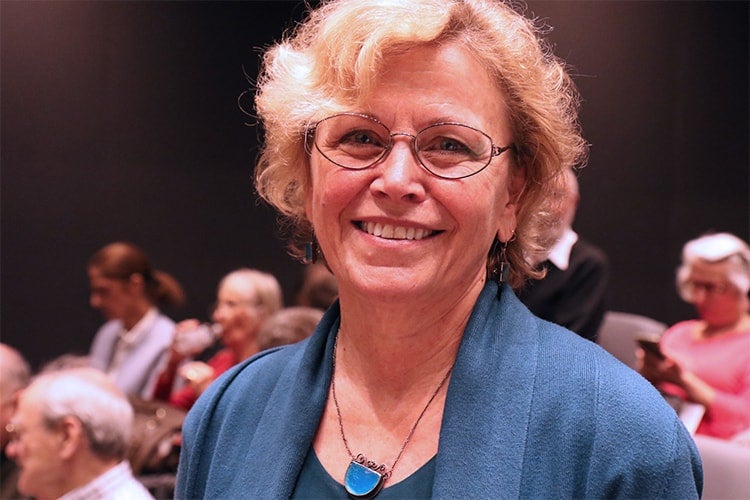 Jean Teillet, great-grand-niece of Louis Riel, shared some documents she discovered in family troves while working on her fortcoming book on Riel (photo by Hannah James)

Linda Mitchell and Judith Burgess said they came to the symposium as a primer, before seeing the production. Burgess said it’s a part of Canadian history, and she felt it was important to come and learn.

Joanna Burt, the soprano who sings the role of Riel's sister, Sara in the opera opened a roundtable discussion titled, “Collaborations: Indigenous Art and Western Art Forms,” with a song and drum performance. The roundtable included Shook, along with Hinton, the playwright, performer, director and producer, Marie Clements, and the dramaturge Paula Danckert.

“There's nothing more Eurocentric than opera,” said Danckert, a graduate student at The Centre for Drama, Theatre and Performance at U of T. “So how do you operate in this form with this content? This is the time to hand over the story to the people to whom it belongs.”

Sarah Koval and Taryn Jackson, graduate students in the Faculty of Music, participated in another roundtable discussion titled, “A Year with Riel.” The grad students spoke about what it took to create their Louis Riel podcast.

With funding from U of T's Canada 150 student fund, Koval and Jackson spent months researching Riel and interviewing experts, historians and people involved in putting together the sesquicentennial Louis Riel opera. Keren Rice, interim director of the Centre for Indigenous Studies at U of T, introduced John Ralston Saul and his talk, “On Louis Riel, Métis and Canadian Histories, and Tensions between Martyrdom and Power.”

Saul, who authored A Metis Civilization, spoke about truth and reconciliation, and said that there is no reconciliation without restitution. He also spoke about the role of the opera, noting the well-documented moment where Riel refused to plead insanity in order to save his life because the cause was greater than himself.

Riel made a personal sacrifice when he martyred himself for his cause, and therefore the opera should properly reflect who he was, Saul said.

Russell Wustenberg, a freelance opera director, travelled from Montreal to attend the opera's premiere and then the symposium. He said that he is American, but feels some connection to the Riel story because Riel was exiled to Minnesota where he is from.

He was interested in how the opera company worked with the community and incorporated people who had never worked in opera before to create a more inclusive production.

“This is new ground for opera. It's not a surprise to me to learn that the individuals involved in the creation are first time opera workers,” said Wustenberg.