From the Big Bang to the Milky Way: Looking back at U of T's contribution to the Planck collaboration 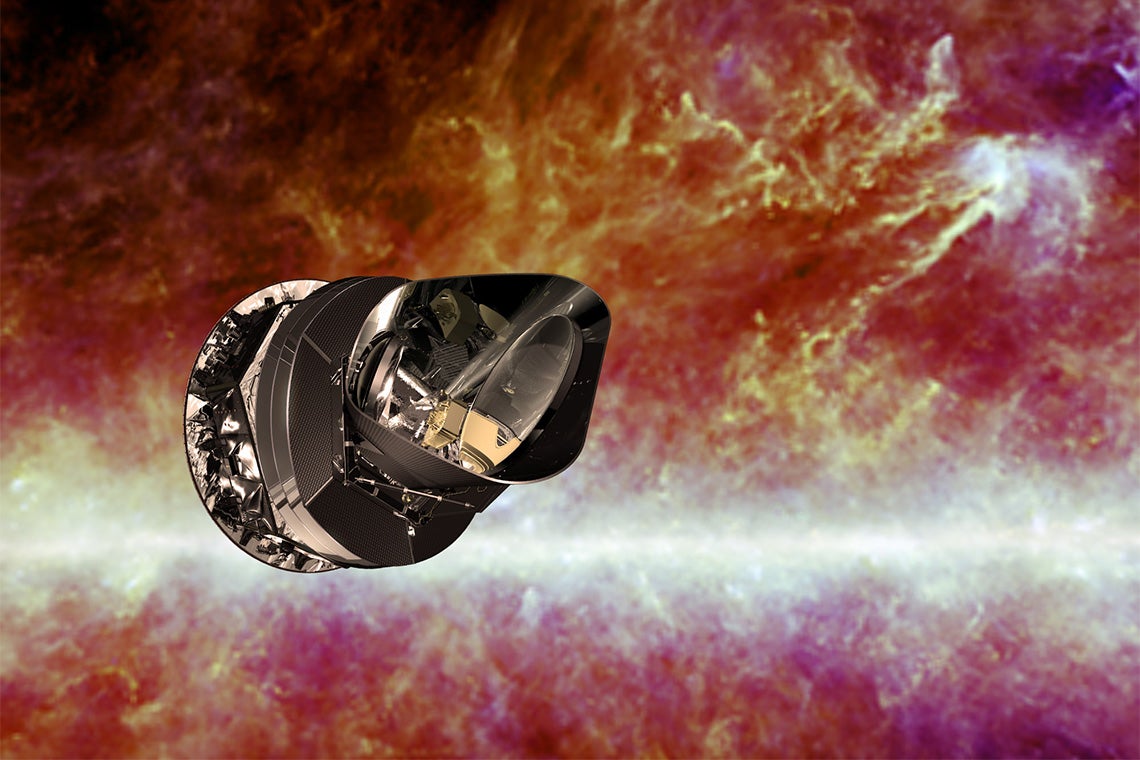 Since its launch in 2009, the ESA's Planck space telescope has provided scientists, including several at U of T, data that helped refine answers to some of the most fundamental questions about the universe (photo illustration courtesy of ESA)

One of the largest collaborations in science has officially come to an end with the release of its final scientific papers this summer.

The Planck collaboration included hundreds of scientists from around the world who have been studying the Cosmic Microwave Background (CMB) – light from the primordial universe 380,000 years after the Big Bang – with the European Space Agency’s Planck space telescope.

Since its launch in 2009, scientists involved in the collaboration have been using Planck observations to refine answers to some of the most fundamental questions about the universe, while testing our current understanding of how it came to be and evolved – a theoretical framework known as the standard model of cosmology. They are also using the data to study our own corner of the cosmos: the Milky Way galaxy.

A historic meeting at the Faculty of Arts & Science’s Canadian Institute for Theoretical Astrophysics (CITA) in 1987 brought together theoretical and experimental astrophysicists from around the world to focus on next steps in studying the CMB. Canada’s involvement in Planck began in earnest in 1993 and was solidified when the Canadian Space Agency joined the European endeavor, with U of T University Professor Richard Bond of CITA and Douglas Scott from the University of British Columbia as co-principal investigators.

One of the first steps for Canada was taken by Barth Netterfield, a professor in the David A. Dunlap department of astronomy and astrophysics and the department of physics, along with others at CITA who developed software that would be critical to processing the stream of data from the space telescope.

In addition to Bond and Netterfield, the collaboration included Professor Peter Martin, other researchers from CITA and astrophysicists from the University of Alberta, Université Laval, McGill University, Simon Fraser University and the Perimeter Institute.

Bond’s research focuses on the CMB, the physics of the early universe, how the newborn cosmos evolved into what we see today, as well as the enigmas of dark matter and dark energy. Martin’s work included teasing “foreground” light from Planck observations to ensure the CMB signal was pristine. Some of that light came from dust particles in the Milky Way Galaxy and Martin and his collaborators used it to study the nature of our galactic home.

“Planck provided unprecedented and rich information about our galaxy which allows us to study the nature of the galactic magnetic field,” says Martin. “Also, dust is the stuff from which terrestrial planets and life form, and so Planck has helped us understand not only the evolution of the galaxy but also life within it.”

The universe according to Planck

How old is the universe? Planck scientists have determined that our cosmos is 13.8 billion years old – a figure in close agreement with the results derived from previous space telescopes, but with much more accuracy.

How rapidly is it expanding? According to Planck, the current rate of expansion is some 67 kilometers per second per megaparsec. That means that with every additional megaparsec – 3.26 million light years – a galaxy is from us, it is receding at an additional 67 kilometers per second. The universe has been expanding since its explosive birth in the Big Bang and this number, known as the Hubble constant, is a linchpin in the standard model.

“Determining the basic contents of the universe with very high precision is a remarkable accomplishment,” says Bond. “And what is wonderful is the fact that the Planck results are the same as those given by completely independent observational approaches of the nucleosynthesis of hydrogen, helium and deuterium in the first few minutes after the Big Bang.”

The mission has also produced one of astronomy’s most iconic images. The multi-coloured Planck map of the entire sky is a snapshot of the CMB from when the newborn universe was dense with energy and matter but millions of years before the formation of stars and galaxies. It shows the clumps and hotspots of energy and matter that evolved into the great clusters and superclusters of galaxies we see today.

In probing dust in our galaxy, Martin’s research comes as close as possible to studying nothing. The size of the particles is measured in microns – millionths of a metre – and they are so diffuse that a volume of space equivalent to a large sports stadium contains just one.

Yet, these motes make it possible to observe the galaxy’s incredibly weak magnetic field, which is a billionth the strength of a fridge magnet. The dust aligns with the field’s lines of force like spinning, oblong beads on a string. As a result of this alignment, the light they emit is polarized, meaning it’s oriented in a way that indicates the direction of the magnetic lines.

With this data, Martin and his Planck colleagues created another map – this one showing the “fingerprint” of lines of magnetic force winding their way through the galaxy. 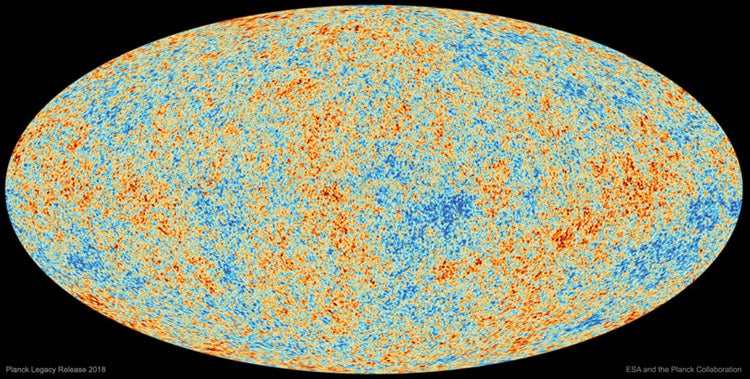 The Cosmic Microwave Background, a snapshot of the universe when it was 380,000 years old (image courtesy ESA and the Planck Collaboration)

From the moment of creation to today

Planck research encompasses the entire universe in both space and time – a wealth of discovery that saw the Planck collaboration earn the 2018 Gruber Prize in cosmology.

It has revealed insights into the galaxies that lie between the Milky Way and the CMB. It has given us a glimpse of the rapid expansion that the universe underwent in the first fraction of a second after the Big Bang. It even resolved a brewing cosmological controversy by explaining that a signal thought to result from gravitational waves from the early universe was due instead to dust in our galaxy.

“One of the benefits of being in the Planck collaboration was the perspective I obtained on the very broad range of science on which Planck has had an impact, from cosmology to our galaxy,” says Martin.

U of T’s involvement in CMB research isn’t ending with Planck but is continuing with new endeavors like the Atacama Cosmology Telescope, the Simons Observatory and a new space mission.

Says Bond, “There's a brilliant future beyond Planck for the study of the CMB – and Canada and the University of Toronto will be involved.”