Ambitious public-private partnerships worth the challenges they bring: U of T's Vivek Goel in the Globe and Mail 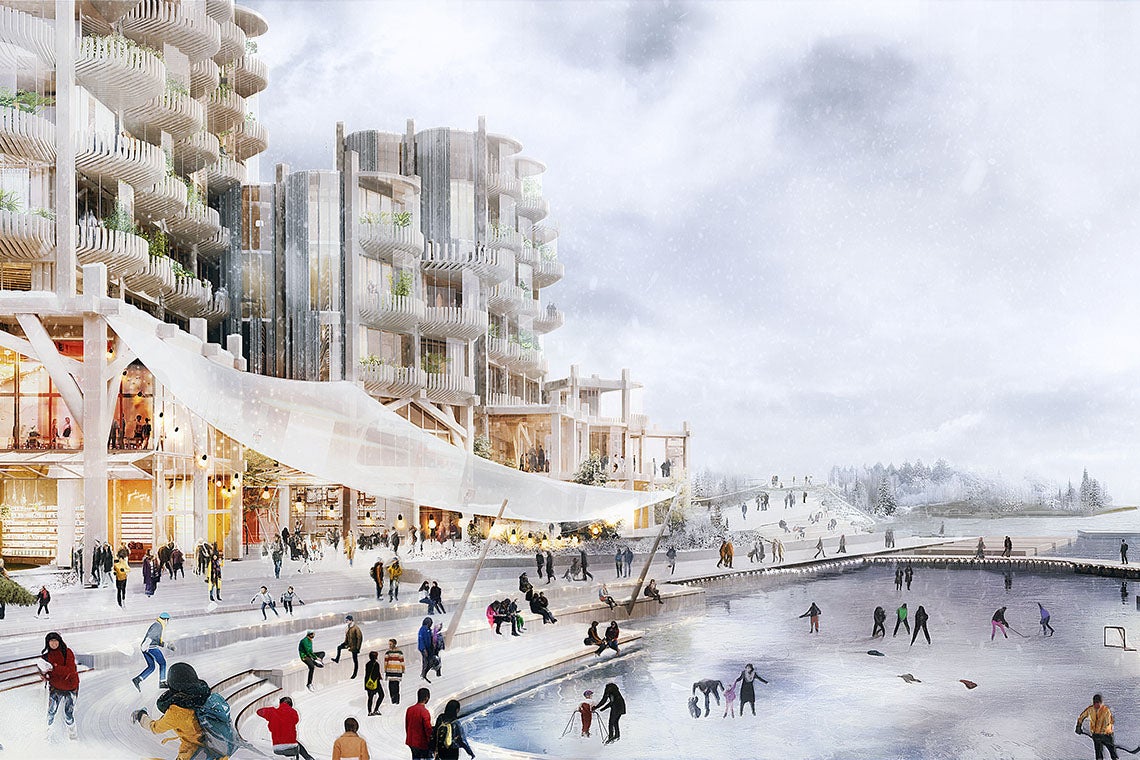 An artist's illustration of Toronto's Quayside neighbourhood project, a partnership between Waterfront Toronto and Sidewalk Labs, in the winter (Picture Plane/Heatherwick Studios/Sidewalk Labs)

Collaborations between public institutions and large global companies often raise understandable concerns, but the challenges posed by such innovative partnerships are worth tackling head-on in order to improve people’s lives and boost the competitiveness of the economy. That’s according to an op-ed in the Globe and Mail by Vivek Goel, the University of Toronto’s vice-president, research and innovation, and strategic initiatives.

As an example, Goel points to Toronto’s Quayside project as a novel partnership to create a sustainable smart city that has prompted concerns over data privacy. But he noted that the two partners – Alphabet’s Sidewalk Labs and Waterfront Toronto – have since reached an agreement to treat collected data as a public asset to be managed in line with standards set by the government, adding that the data “will be an enormous benefit to researchers and academics” in an array of fields.

Goel also brings up the example of the Institute for Clinical Evaluative Sciences (ICES), a massive repository of Ontario patient records that stirred up controversy when it was first launched in 1992, but has gone on to contribute to numerous health-care improvements.

“Such disruptive ideas are bound to be controversial, but they also come with many benefits,” Goel writes. “And to compete globally, the city, province and country need to take part.”