U of T Careers: Human rights lawyer Samer Muscati's experiences in the field and at U of T 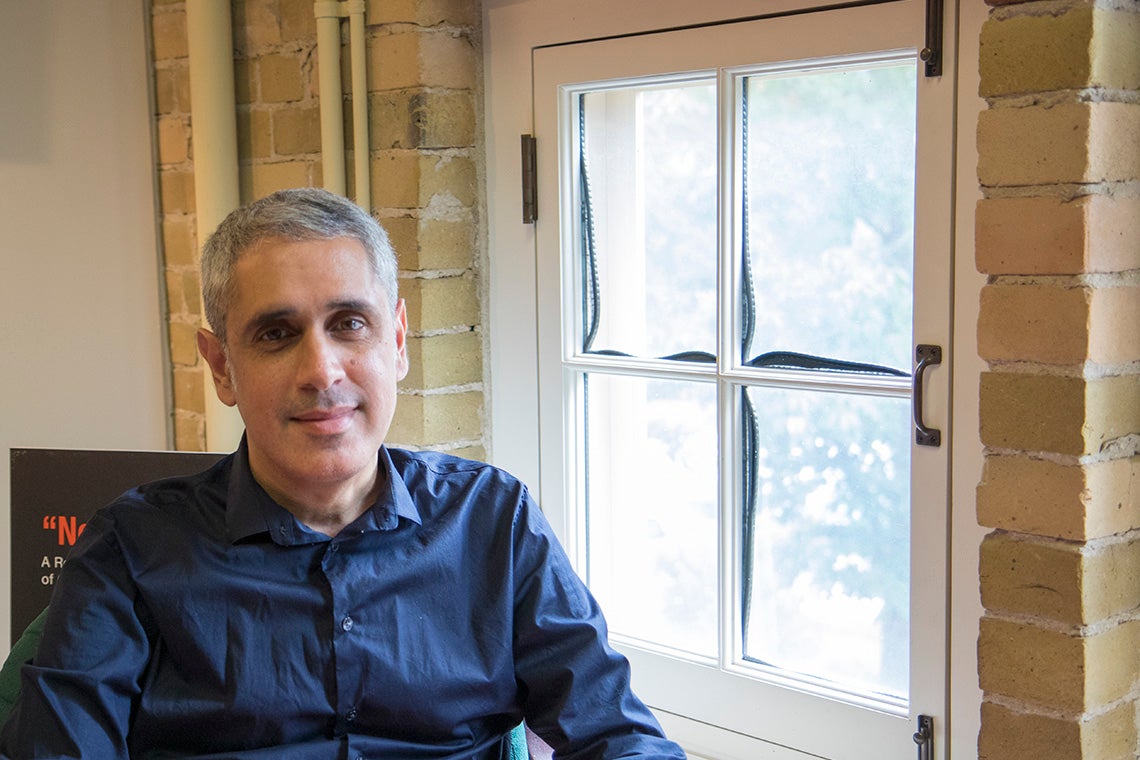 Above, Samer Muscati, director of the international human rights program at U of T's Faculty of Law, in his office.

University of Toronto alumnus Samer Muscati always knew he wanted to work in human rights advocacy. That conviction has taken him around the world as a journalist, lawyer and advocate before coming to U of T’s Faculty of Law to work as the director of the international human rights program (IHRP).

In the latest installation of the U of T Careers series, Muscati shares moments from a career that has seen him reporting on the most dire global issues and then bringing a human rights lens to the study and practice of law at U of T.

From early on, he saw the power of words and the impact of journalism to inform, uncover and connect. “I wanted to explore environmental issues, Indigenous issues and other issues that were dear to my heart,” says Muscati, who wrote a column called Ecocop while studying environmental studies at Carleton University.

He became the parliamentary bureau chief for the Canadian University Press, followed by an internship with Reuters and a journalist job at the Globe and Mail for three years.

As for his pursuit of a law degree, Muscati says he never saw it as a transition from journalism. “I thought that I would go to law school and that I would come back to journalism with expertise in both law and journalism,” says Muscati. “And find a way to use law in journalism.”

He pursued part-time work at the Globe and Mail while working on his law degree.

He expanded his journalism to include documentary photography after graduating from the Faculty of Law. “I was travelling in Asia and fell in love with the art of photography,” he says.

When one of his photos won a Time magazine photo contest, Muscati decided to pursue photography seriously, noting that it is another way for him to process and think about the issues that he is documenting.

One particularly memorable photo was one Muscati took when he was in Mozambique working for access to education for children with albinism, who he says face a wide range of human rights violations.

“This one seven-year-old girl stood out to me,” he says. “You could tell she had a lot of love and support from her family and her friends and teacher.” (Below is Muscati's photo of the two girls in Mozambique.) 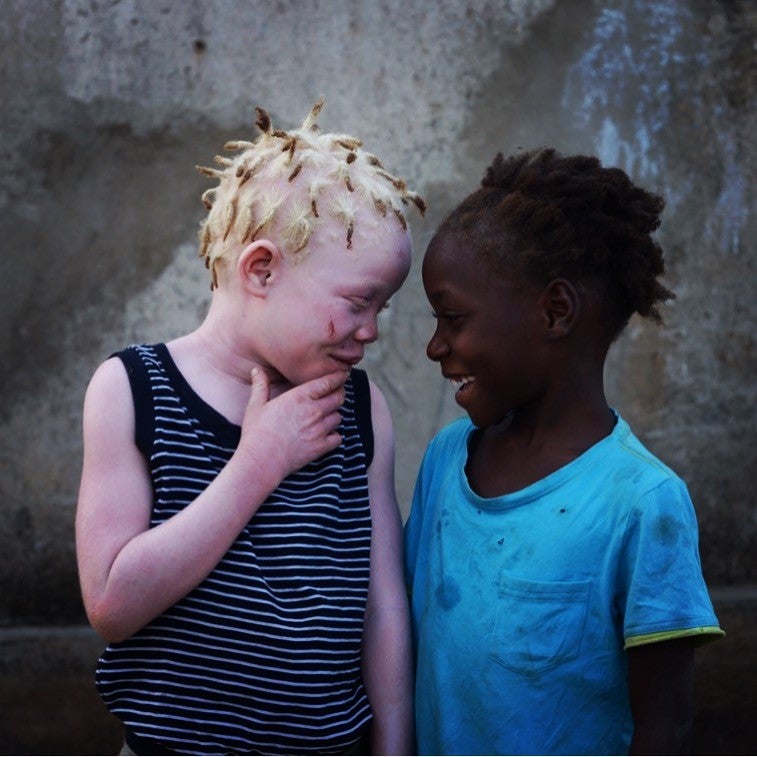 Muscati snapped a photo of the girl and her relative, and says that the two reminded him of his own two daughters, who are twins and very close. “It reminded me that no matter how awful things are, it makes a huge difference when you have someone who loves you in your life,” he says.

Another photograph of his made headlines – that of Haja Nowara, a Libyan woman who got to vote for the first time in her life on the eve of Libya’s democratic national election.

“It was the first election in 40 years and the atmosphere was electric,” says Muscati. “This was before the chaos in Libya now, so people were incredibly optimistic, and the main square was packed.” Though the square was primarily full of men, he noticed one woman prominently waving a flag.

Muscati spoke to Nowara, who expressed her excitement to vote the next day. She had been in Libya throughout the revolution. “Seeing Haja in the middle of it inspired people as well. She immediately reminded me of my own grandma who was so excited to vote in Canada’s elections.”

The range of experiences in his work in advocacy, journalism and law brought him to U of T. Here, he puts all those skills to use as the director of the IHRP and in his work instructing and working with students – including projects where students get first-hand experience of engaging in international human rights law in post-conflict zones.

At U of T, Muscati says that he gets to investigate and research issues in an in-depth way. “When I was going to conflict zones, there’s the realization that a lot of conflict is cyclical,” he says.

“Removing governments are not sufficient to change things as you’ll see the atrocities committed by a new government – the same atrocities that were committed on them by old governments,” he says. “It’s much more complicated than good or evil, and that’s why we have to attack the root of the issue, and really make sure no one people feel persecuted or feel injustice.”

In his work, Muscati often involves students and researchers from the Faculty of Law who bring their own expertise to investigate crises. “There’s a level of talent at the Faculty of Law that’s astounding,” he says. “And everything we do, we wouldn’t be able to do without the students who work with us as part of their clinical work. To see the level of energy, enthusiasm and optimism that they bring has been really refreshing,” he says, noting the impressive expertise of faculty and researchers at U of T.

Although he admits that he is somewhat less idealistic than when he left law school, Muscati stands by his words in a previous interview with U of T Magazine: “To do this job you have to be an optimist. Otherwise, at some point, you have to stop.”