Young Urbanists League: how a U of T alumna created Toronto's most engaged online community 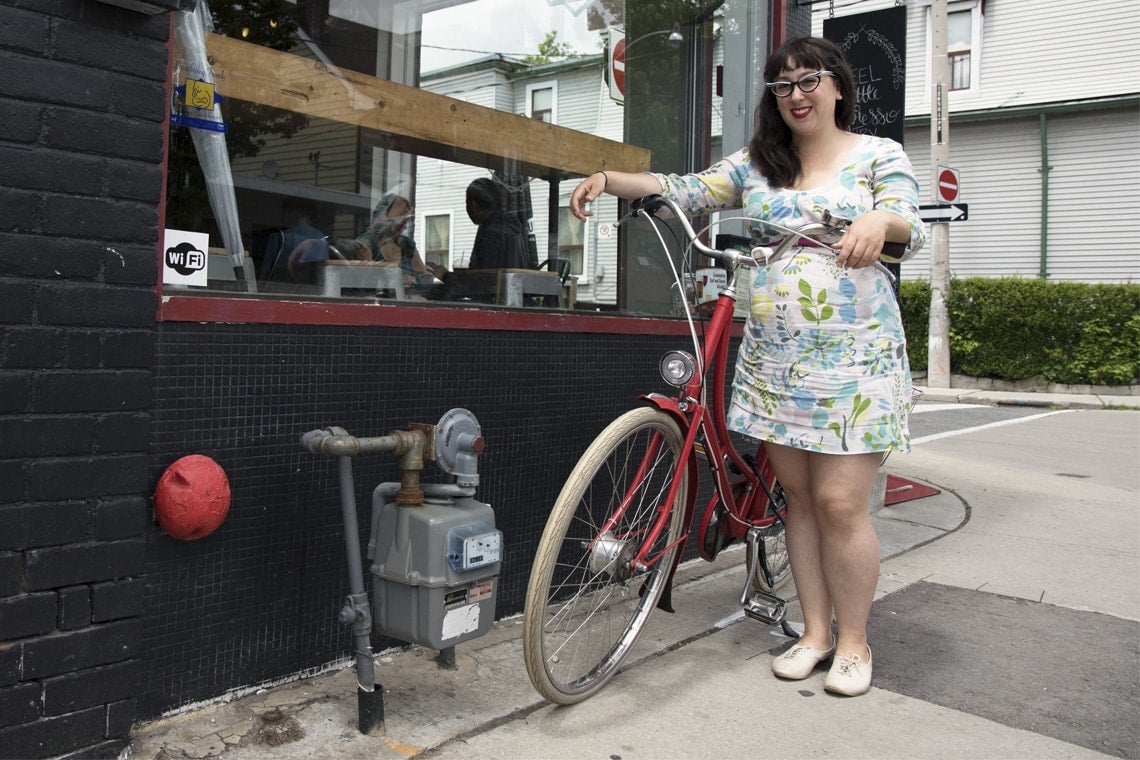 In a recent post on the Young Urbanists League Facebook group, a user asked fellow members what they would like to see Toronto tackle if barriers, budget and bureaucracy were non-issues.

Answers varied from the realistic (adding more rental housing units) to the imaginative: creating a swimming lane from the west end of the city to the downtown core.

The lively, engaged brainstorming session embodies what the Young Urbanists League, founded by U of T alumna Rachel Lissner, is all about – passionate, innovative thinking on what makes Toronto great and how to make it even better.

Lissner founded the group in 2014 after she graduated from the urban studies program in the Faculty of Arts & Science. She initially started the group as an offshoot of a book club, hoping to provide a platform for young people with an interest in urbanism – especially in Toronto.

“I wanted to create a space where people could have an entry-level conversation,” says Lissner. “They were coming into the world of urbanism from different perspectives.”

The group has since grown to almost 4,200 members and has become mandatory reading for local journalists and urban-focused students alike.

“It's a really good resource for people looking to dig a little deeper into the happenings of the city,” says Amilia Cervantes, a fourth-year urban studies student at U of T who is a member of the Facebook group.

She says most of her classmates are also part of the group, using it as a way to stay in the know on urban issues.

“I find a lot of the stories I see in the group are not necessarily the stories that pop up in the mainstream newspapers – it'll be more detailed or more local, and I wouldn't necessarily know about them otherwise.”

Young Urbanists League has also been successful in connecting people to job opportunities and even a handful of romantic rendezvous.

“For a while, my secret barometer was if anybody was going to get married as a result of Young Urbanists League,” Lissner jokes, though she admits it hasn’t happened yet.

Originally from Washington D.C., Lissner moved to Toronto to study at U of T.

She knew she'd come to the right place as soon as she took her first urban studies course, taught by Shauna Brail, who is now the director of the urban studies program and U of T’s presidential adviser on urban engagement.

“I was in disbelief that there was a field where you could study all of the things I was interested in,” Lissner says. “I loved urban studies because it got me out of the classroom and as a result, I was very busy exploring Toronto.”

When she isn’t rallying her online community to become more civically engaged, Lissner practises what she preaches by attending public consultations, hosting discussions on cycling or reporting potholes to 311 via Twitter.

“A lot of young people are underrepresented in everything – but especially municipal stuff – because they are not necessarily tied to institutions,” Lissner says.

She hopes more U of T students and alumni in all disciplines find ways of becoming more involved in municipal activities.

“You shouldn't have to learn about it when you're confronted with it, you should be invested in everybody's well-being from the get-go,” says Lissner.

While there have been events organized by Young Urbanists League, Lissner hopes to eventually find a way to boost the virtual community’s offline presence.

“It's good to recognize that people have multiple identities, and I don't think you can really recognize that until you meet someone face to face,” she says.