Young, Canadian and Jewish: The shift from religious to cultural identity 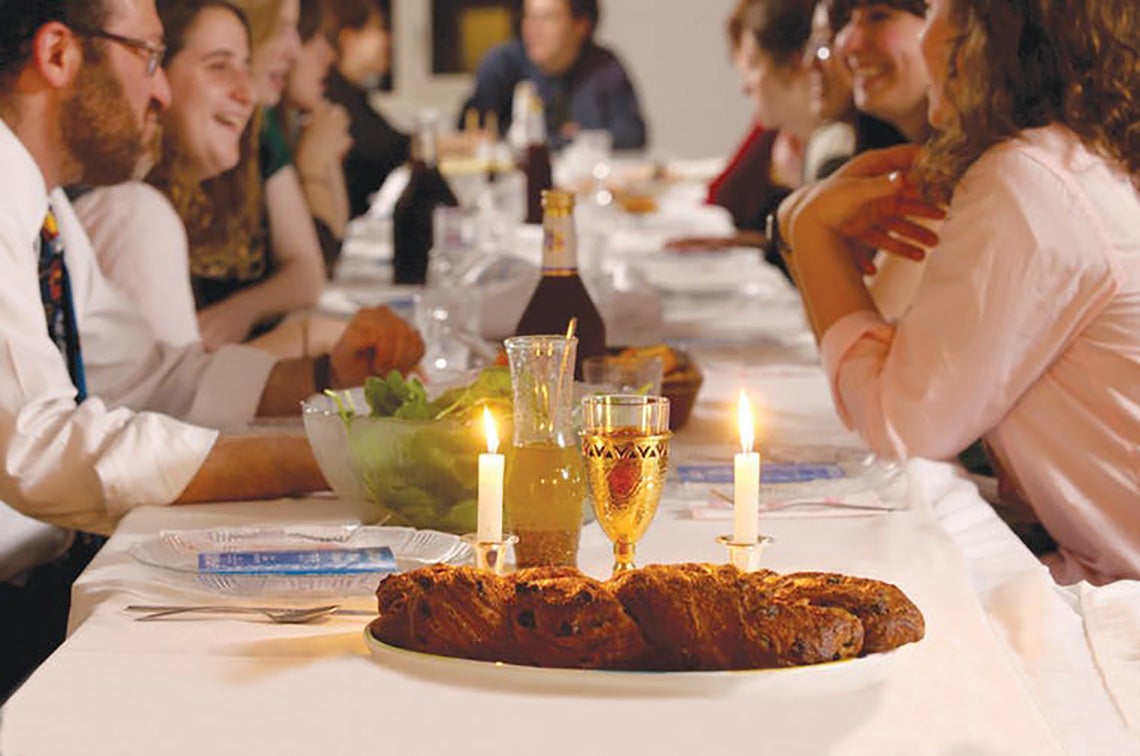 Particularly for young Canadian Jews, a holiday meal achieves conviviality in the family and solidarity with the Jewish community, but its religious significance is less important than in the past (photo via Makom on Facebook)

“Jewish” used to be considered a religious category. However, for many Jews, that is changing. Increasingly, people who live outside of Israel and identify as Jewish think of themselves as members of an ethnic or cultural group.

For years, researchers have expressed concern that Jewish communities would assimilate and dissipate as religious identification waned. They pointed to intermarriage as an indicator of declining community cohesiveness. For example, they found that in the U.S., half of Jews who are married or in a common law relationship are partnered with non-Jews.

A recent survey reveals that something different is happening in Canada.

A shift from religious identification toward ethnic and cultural identification is taking place. However, the expected assimilation and dissipation of the community is less evident. The intermarriage rate in Canada is less than half that in the United States.

Our family certainly did not follow the path that many researchers anticipated. We got married in 1987. Rhonda converted to Judaism. Our three girls attended full-time Jewish schools. They became fluent in Hebrew to varying degrees. All of them partnered with Jewish men.

While we are both secular in orientation, Rhonda insists that we attend synagogue on occasion. She is the major force behind the organization of activities and preparation of family meals to celebrate Jewish holidays.

We often wondered how common our story is. As senior sociologists in neighbouring Canadian universities, we decided to find out.

Last year we conducted a survey based on a representative sample of 2,335 Canadian Jewish adults in Montreal, Toronto, Winnipeg and Vancouver – home to 84 per cent of the Canadian Jewish population of about 392,000. Several surprises awaited us.

The biggest news coming out of the survey is that the Canadian Jewish community remains highly cohesive. A much higher percentage of Canadian Jews than American Jews make financial donations to the Jewish community, send their children to full-time Jewish school, belong to a synagogue or other type of Jewish organisation and are strongly emotionally attached to Israel. Yet a smaller percentage of Canadian Jews than American Jews believes in God or a higher spirit and thinks that Jewishness is solely a matter of religion.

It is especially among young adults that the religious basis of Jewishness seems to be weakening.

When asked to report whether being Jewish is, for them, mainly a matter of religion, culture or ancestry, young adults are less likely than older adults to choose religion alone.

For these young people, Jewishness is often expressed in their community involvement. Younger Jews are about as active as older Jews on most indicators of community involvement. They are more likely to belong to a Jewish organisation other than a synagogue, light Sabbath candles weekly and donate to Jewish causes.

However, for them, such practices seem to be chiefly a means of achieving conviviality in the family and, beyond that, solidarity with the larger Jewish community.

One interpretation of these findings is that Canadian Jews, particularly young adults, are finding ways of remaining Jewish that are not principally religious. A shift away from religious identification is taking place in other Jewish diaspora communities too, but its replacement by community involvement does not seem to be happening to the same extent.

There are three main reasons why community involvement is substantially stronger in Canada than in the United States.

First, immigration has been proportionately stronger in Canada than in the U.S. since the Second World War. Consequently, 30 per cent of Canadian Jews are immigrants compared to just 14 per cent of American Jews. Canadians therefore tend to have stronger ties to “old country” traditions and languages than do American Jews.

Zionism, the movement to establish a Jewish homeland, appeared on the scene in the late 19th century. It conflicted with American patriotism, particularly for Reform Jews, members of the country’s largest Jewish denomination. Most Reform Jews thought Jewishness should be based on religion, not a national movement.

Not so in Canada, where the Reform movement was weak. By the beginning of the First World War, Zionism was a core element of Jewish identity for the great majority of Canadian Jews. It thus helped to keep the forces of assimilation at bay. It did so by providing a new basis for Jewish identification that became even more compelling after the Holocaust.

The third main reason for Canadian-Jewish exceptionalism is that, out of political necessity, fostering the growth of ethnic institutions has been Canadian public policy since the British conquest of New France in 1760.

Part of the British strategy for dominating the French population was not to quash French Catholic culture, but to help the conservative Catholic Church maintain religious, educational and cultural control.

Two centuries later, shortly after Canada was proclaimed a bilingual and bicultural country, numerous ethnic groups objected that they, too, deserve official recognition and funding. The era of multiculturalism had arrived. For the past half century, strong state support for ethnic institutions has helped all Canadians, Jews among them, to ward off assimilation.

American and Canadian Jews do not differ in all respects. One similarity is the tendency for older Jews in both countries to be more likely than younger Jews to say that caring for Israel is an essential part of being Jewish.

A similar difference between young and old shows up in both countries when Jews are asked about the legality of Israeli settlements in the West Bank. Younger Jews are more likely to regard them as illegal by international law. If younger North American Jews are less emotionally attached to Israel than are older members of the community, that may be because they are more likely to disagree with Israel’s policy on the construction of West Bank settlements.

One in three often experience discrimination

Finally, we note a discontinuity of outlook between Canadian Jews and non-Jews.

One in three Canadian Jews believe that Jews often experience discrimination in Canada. In contrast, just one in eight members of the Canadian population at large shares that opinion.

Canadian Jews are not underprivileged. About 80 per cent of Jewish adults between the ages of 25 and 64 have at least a bachelor’s degree. That compares to about 30 per cent of people in that age cohort in the population at large.

However, when Jews think of anti-Jewish discrimination, they have in mind being called offensive names, being snubbed in social settings or being criticized for supporting the existence of a Jewish state.

Of course, we cannot be completely certain of the validity of our findings.

For example, although our generalizations about the relationship between age and community involvement apply across the entire age range, we found it comparatively difficult to recruit 18-to-29-year-old respondents.

It is therefore possible that the youngest cohort in our sample overrepresents highly involved individuals. In that case, the most important relationship we discovered may be a bit weaker than we report. Only more research can discover whether that is the case.

Robert Brym is the SD Clark Professor of Sociology at the University of Toronto. Rhonda Lenton is a  professor of sociology, president and vice-chancellor at York University.