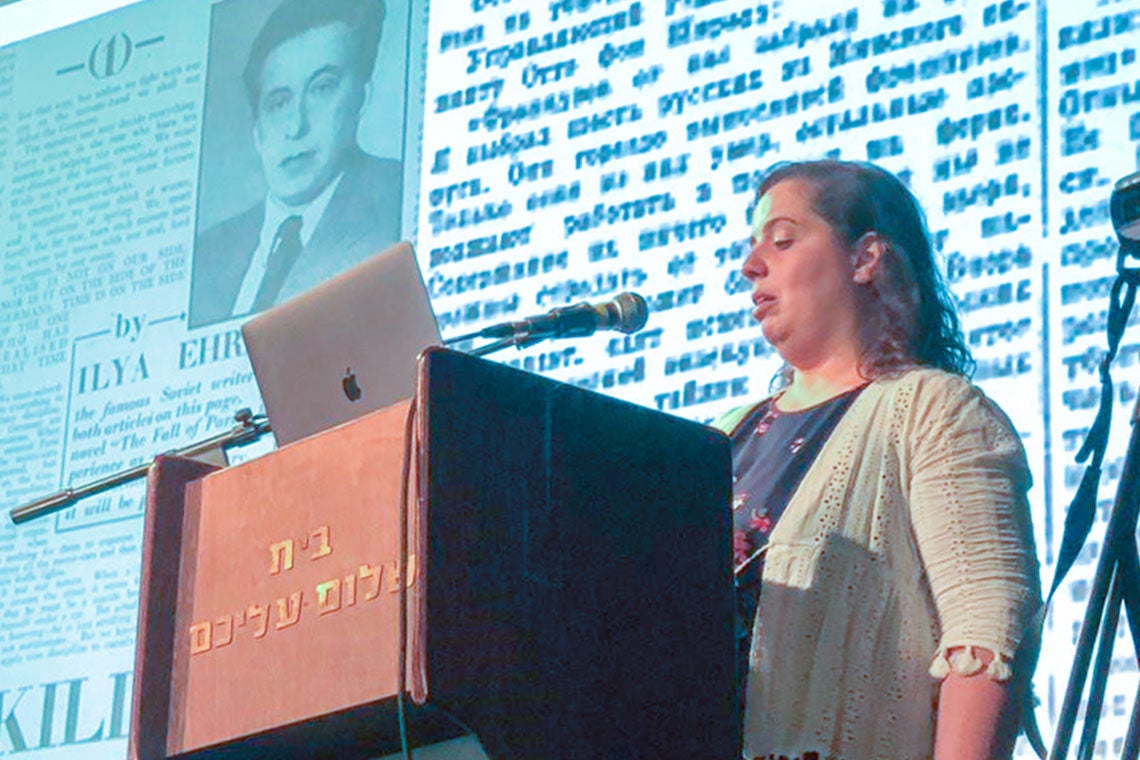 U of T's Anna Shternshis, in Tel Aviv earlier this month for the first Israeli performance of Yiddish Glory (photo by Riva Nur)

Yiddish songs written by Soviet Jews during the Second World War that were discovered in Ukraine by a University of Toronto professor have been performed for the first time in Israel.

The New York Times reports that songs from the Grammy-nominated Yiddish Glory: The Lost Songs of World War II – a compilation sparked by the research of Professor Anna Shternshis, the director of U of T's Anne Tanenbaum Centre for Jewish Studies – were performed in Tel Aviv earlier this month. Shternshis worked with Russian singer-songwriter Psoy Korolenko and other musicians to adapt handwritten songs about the Holocaust and Jewish resistance to fascism.

“The people who sang these songs all dreamt of Israel, but nearly none got to see it created,” Shternshis told the Associated Press, in a story published by the New York Times. “They couldn’t make it, but their music made it.”

The project is an effort to resurrect the Yiddish language. Many of the world’s Yiddish speakers perished in the Holocaust and survivors often refrained from speaking it publicly again because of anti-Semitism.

Read more about Yiddish Glory in the New York Times

Read more about Anna Shternshis at U of T News