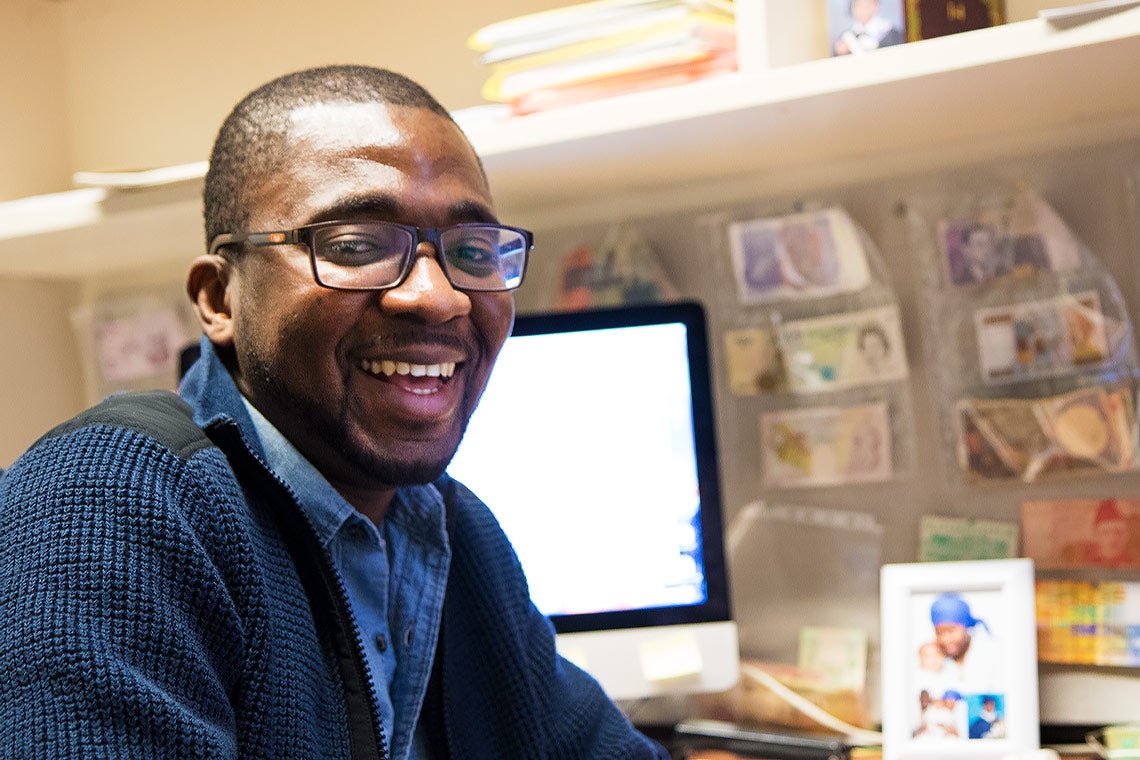 A young scholar in the Faculty of Arts & Science, Ismael Mourifié says a large part of his mission is to keep the public engaged (photo by Chris Sorensen)

Rising young scholar Ismael Mourifié hopes to turn economic theory into real job equality for women, while also helping others who are not getting a fair opportunity to reach their full potential.

Mourifié’s research into why so few women compared to men pursue careers in science, technology, engineering and math (STEM) earned him a 2017 Polanyi Prize for early career researchers.

As that work continues, he has not only set his sights on addressing the barriers that keep women out of STEM, but the roots of all inequality in opportunities as well, whether it’s based on gender, income or race.

“A reasonable society fights to give the same opportunities to everyone, and then it is up to the individual what they do with those opportunities,” says Mourifié, an assistant professor in the Faculty of Arts & Science’s department of economics.

His passion for equality is based on his research and his experiences. As a Black university student from Côte d’Ivoire studying in Morocco, local people sometimes would throw things at him and hurl racial slurs as he walked to class.

It was in those early math and economics classes that he first noticed how few women were studying the same subjects. His empathy made him determined to fight for equality by measuring and exposing systemic discrimination.

When it comes to women in STEM, those statistics are stark. Only 22 per cent of people working STEM-related jobs in Canada are women, a percentage virtually unchanged since 1987.

Mourifié believes a complex mix of social conditioning, stereotypes and a lack of role models is contributing to a vicious cycle.

The trick is determining where it starts, he says – perhaps as early as childhood.

He’s trying to develop new methods to measure what policies may be the most effective, like investing in additional professional development in math and sciences for elementary school teachers in Canada, a group made up of more than 80 per cent women.

The reasoning is many of those teachers themselves may have been conditioned to associate STEM fields with ‘male’ or to fear math and science growing up and could be projecting that anxiety to their female students, who in turn decide that STEM is not an ideal carrier path for women.

That would partly explain why the number of women in STEM has flatlined for 30 years, despite government incentives and a high-paying job market for STEM work.

Mourifié tells critics who question the importance of encouraging women in STEM that without effective action, the wage gap between men and women will only get worse, and so will the trickle-down effect on families.

Children from many female-led and lower-income households will be left further behind and existing disparities in career opportunities will grow.

His focus on this cycle has sparked a new line of research he calls Marriage and Love Economics and its influence on systemic poverty.

Statistics suggest more couples are getting married for practical reasons, with people of similar wealth and education pairing up at exceedingly high rates.

“If there is a totally idiosyncratic, Cupid-type love behind marriage decisions, I should not observe this,” says Mourifié.

“Even if we officially no longer have a class system, we do have one.”

The evidence suggests reducing the STEM gap is important for everyone, adds Mourifié, who recently started working with Indigenous groups in Nova Scotia to help improve their science and math education.

His colleagues laud him for dragging econometrics – a dry and largely theoretical field – into the spotlight, and Mourifié says a large part of his mission is to keep the public engaged.

“We have to do a better job of explaining our work to the public so it will have an impact and help society.”