Why don't more Torontonians bike to work? U of T study points to disconnected cycling infrastructure 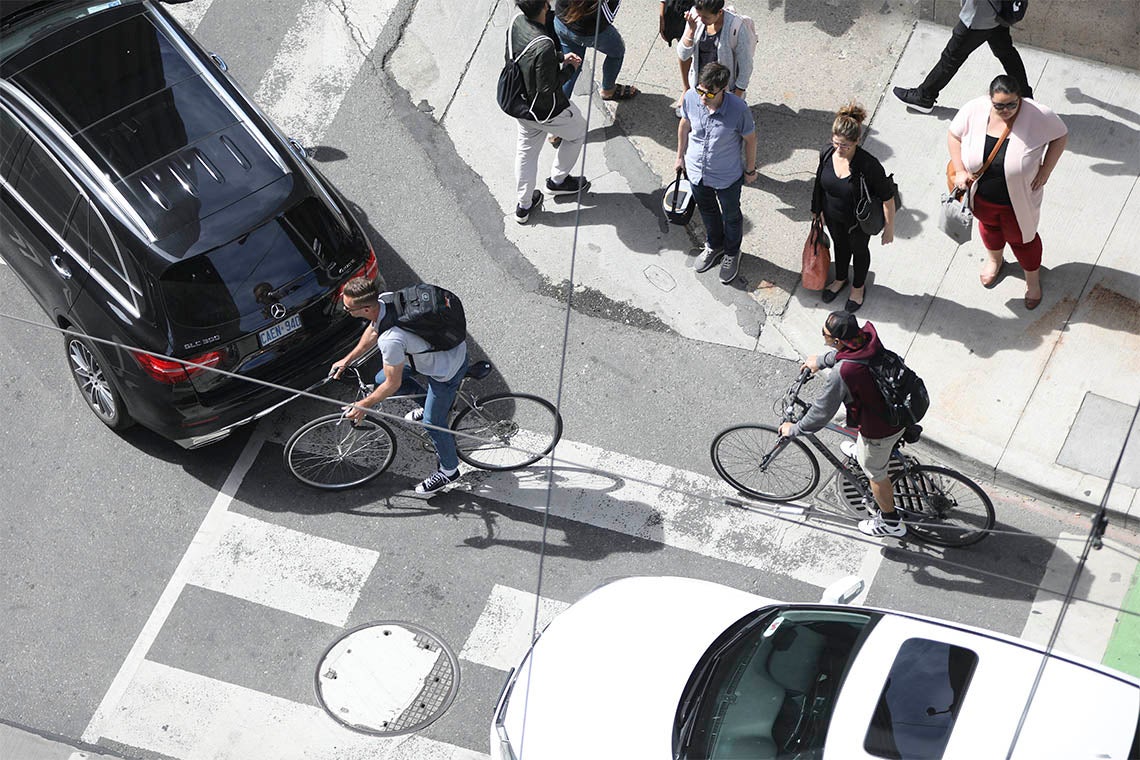 Cycling to work is sustainable and good for our health – but in Toronto, less than 3 per cent of us actually do it.

“It’s perfectly legal to cycle on any city street, but depending on how the street is designed and the speed and number of cars, many people find it uncomfortable and scary,” says Saxe, who, along with Miller, is affiliated with the department of civil and mineral engineering.

“We wanted to actually quantify that, and see how it impacts the choices people make.”

Saxe, Miller and Imani drew on the work of researchers at Northeastern University, who, in 2016, proposed a method to rank any street segment or intersection on a scale of one to four by its “level of traffic stress,” or LTS. An LTS of one would be considered safe enough for a child to cycle on, while an LTS of four would only be attempted by the bravest and most experienced cyclist. 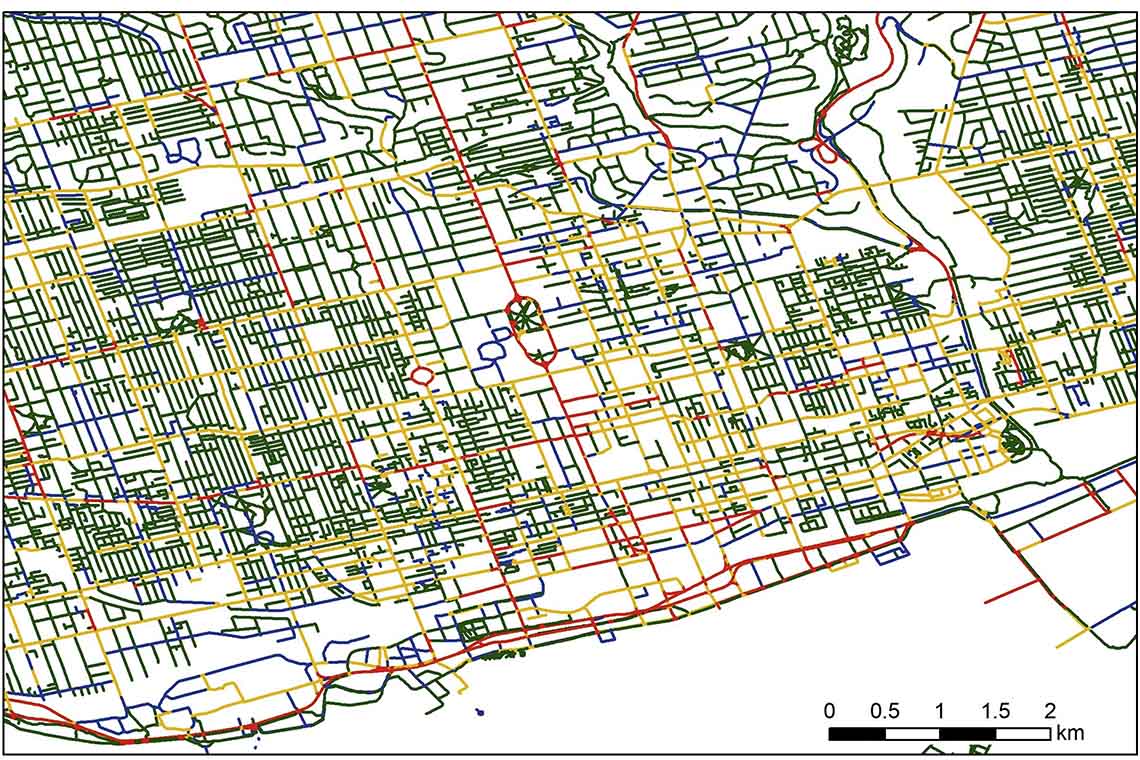 Based on factors such as average traffic speed, number and width of lanes, and availability of cycling infrastructure, the team was able to classify nearly every section of road and intersection in Toronto – more than 10,000 in all – into one of these four categories.

Their results are published in the October issue of the Journal of Transport Geography.

Once the map was completed, the team looked for contiguous blocks of low-stress roads that connected places where lots of people work. Unfortunately, most of these cyclist-friendly zones proved to be relatively small and disconnected from one another.

“You can’t get very far, or access many jobs, on roads that we would consider to be low-stress,” says Saxe. “There may be many nearby opportunities within cycling distance, but the high-stress routes between them create a barrier that puts people off.”

For example, a cyclist limited to an LTS of no more than two would be able to access fewer than 5,000 jobs across most of the city. It’s only when the acceptable LTS is raised to three that job accessibility surpasses 15,000 for large parts of the city.

The team also looked at the amount of time cyclists could ride continuously without hitting a section with an LTS of more than two.

“We considered a budget of 30 minutes as the average amount of time people would be willing to cycle for during their commute,” says Saxe. “But for most of the city, you can’t get that far. You get stopped by a high-stress section within about eight minutes.”

Finally, the team cross-referenced their data with the results of the Transportation Tomorrow Survey, which gathers detailed data on the travel habits of thousands of households across the Greater Toronto Area. This enabled them to see whether people who commute along the routes designated as low-stress were any more likely to cycle to work.

“It turns out that there is a correlation,” says Saxe. “Every time the number of accessible jobs within a 30-minute cycling commute goes up by 100, the likelihood of someone choosing to cycle goes up by about 40 per cent.”

Taken together, the results of the study suggest that prioritizing connections between existing cycling routes may be a good strategy to get the most out of investments in new cycling infrastructure.

More broadly, the team hopes that its results will be helpful to government, city planners and anyone interested in understanding the relationships between transportation infrastructure and the choices commuters make.

“This gives us a way to calculate accessibility for cycling that is meaningful, which enhances our toolkit for comparing it to other modes of transport,” says Saxe.

“Having numbers makes it easier to understand problems, and easier to do something about it.”