What happens when high achievers retire? This U of T expert tackles subject in new book 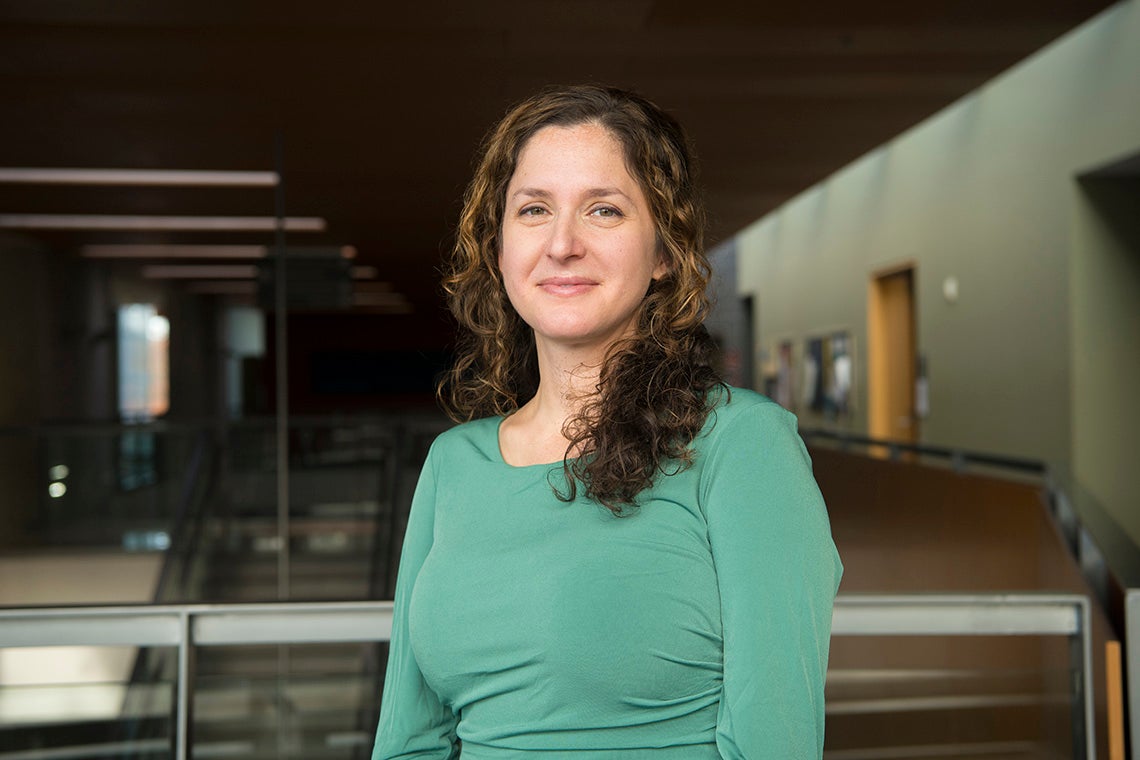 When we think of retirement, we usually conjure images of silver-haired folks playing golf, going on long vacations or taking daytime naps as a reward for a lifetime of work.

But what happens when that lifetime of work – in a career you hold dear – is deeply connected to your personal identity?

In her new book, Retirement and Its Discontents: Why We Won’t Stop Working, Even If We Can, Michelle Pannor Silver explores this very question. An assistant professor in the department of sociology and the Interdisciplinary Centre for Health & Society at U of T Scarborough, Silver is an expert in the study of aging, work identity and retirement.

She spoke to reporter Don Campbell about why the transition into retirement can be so difficult, leaving some retirees struggling to find a new sense of purpose and self-worth.

Why do some people resist retirement?

There’s a real sense of discontentment that can come with retirement for people whose personal identities are intertwined with their careers. For some people, who they are and what they do is essentially the same thing.

For my book, I interviewed doctors, CEOs, elite athletes, professors and homemakers who were deeply invested in their work. Many of them operated in demanding environments where they were required to be completely focused on their work and to commit 150 per cent. Well, all of the sudden when that’s gone in retirement they experience not only a drastic change to their daily routine, but also a change in their status and personal identity. For some people that can be a tough pill to swallow.

It’s very interesting to view retirement as a loss of identity, since we mostly tend to think of it in more benign, sentimental terms.

That’s right. The popular portrayal of retirement is a time to play golf and enjoy long walks on the beach. And for many people, retirement is a great experience. The people I interviewed were unique in many respects. They’ve had profound careers and what unites them is that they were deeply connected to what they did. Not everyone is so invested in their work. Many people can’t wait to retire.

The purpose of my book is not a general overview of what it’s like to retire. It focuses on the social construct of retirement. It features the stories of people who struggled with retirement and illustrates that basing retirement timing on age alone can be highly problematic, in part because of the mismatch between what people imagine and idealize for their post-work years. We’re also living in an unprecedented period of time where a gap has emerged between life expectancy and the average age of retirement. My book explains that retirement pension schemes were originally designed so that people died before, or just as they reached, retirement age. Then over time, we adapted to the “freedom 55” mindset. Now we are in another adjustment period where retirement is no longer in sync with life expectancy.

What are some examples of how these people reacted to retirement?

Take doctors. Medicine is a greedy institution in the sense that we demand a great deal from doctors. They go through years of schooling and training, and if they make it they are acculturated to a work environment that requires they prioritize their work above all other aspects of life. They’re constantly on call, expected to stay on top of the latest advancements in medicine, make life-and-death decisions, and they’re held accountable for their decisions.

As they face declines in performance and either decide to leave or are forced out, doctors tend to go from working at 150-per-cent capacity to zero. As with other professions, it can be hard to ease out of medicine. When we discussed their retirement, many of the people I interviewed had never developed hobbies. Outside of work they may have had families, but they tended not to spend time to developing themselves outside of their work. One of the doctors I interviewed described how he had always been good at what he did, but he had never spent much time golfing, so the idea of doing it in his retirement when he wasn’t very good at it didn’t appeal to him at all.

What about the link you make about being passionate and skilled at something and it being so wrapped up in personal identity? I can see that being an issue in many professions.

One retired CEO I interviewed talked about how his heart fluttered every time he thought about his time being in charge. He described retirement like an extramarital affair – he knew it wasn’t appropriate to keep thinking about his work, but he longed for [people] to let him know he was still desirable. Another CEO I interviewed was forced to retire after her board of directors found out she had been diagnosed with cancer. In describing the transition, she told me she wasn’t sure what was worse, the cancer diagnosis or retirement.

Are there any lessons that can be drawn from those you interviewed about how to approach retirement?

One lesson is not to retire simply based on age. In adulthood, age is really good at predicting your next birthday and a few health issues, but most of the rest is variable. I cannot overstate the point that as a society we must be mindful not to write people off based on their age. For some people, their most meaningful contributions come at later stages in life. We invest a great deal in early career development, so I think employers and organizations should pay more attention to latter career transitions. There would be mutually beneficial returns if we could create more later-career options.

On the more personal level, it’s so important to address financial and health issues and caregiving obligations – and there are lots of great books about those important topics. Also, whenever possible, people ought to try practising whatever they think it means to be retired instead of doing it cold turkey. Not everyone can just gradually retire, but most people can try to channel the energy they devoted to their work to thinking about their goals and how they want to structure the time they have.

And a final lesson is to remember that there are lots of ways to retire.