'We want to stay at the forefront,' says new director of U of T co-led smart computing consortium 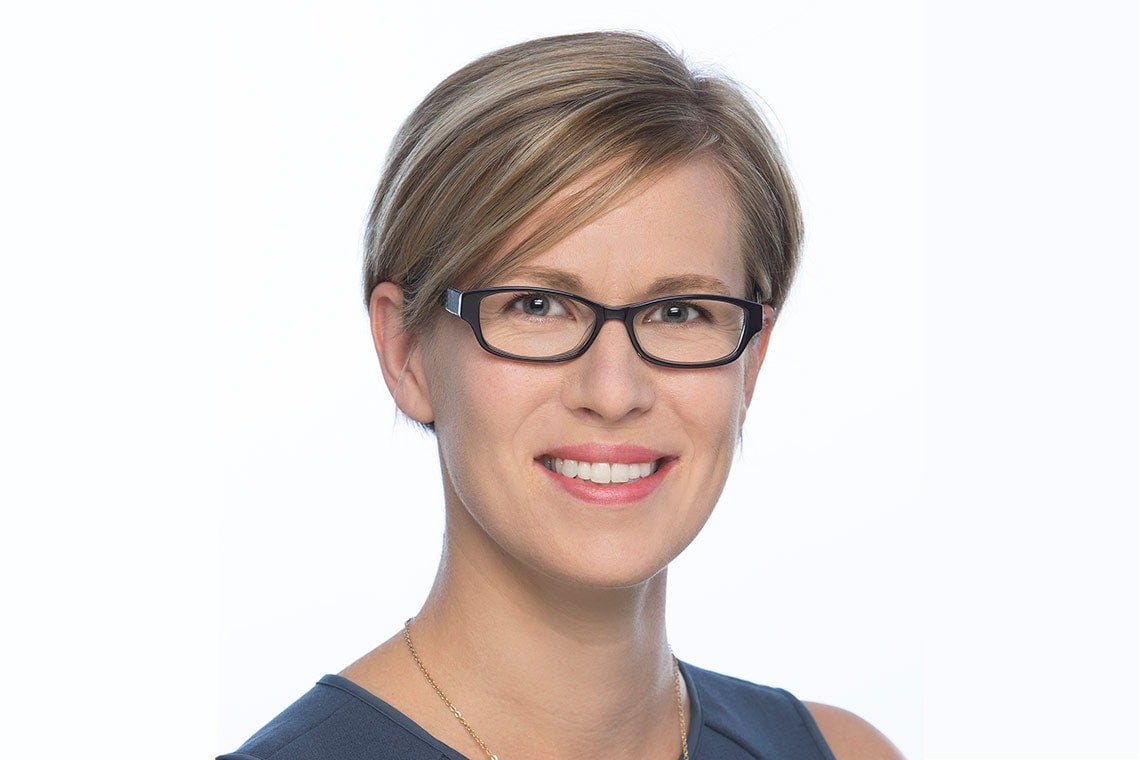 SOSCIP is a key player when it comes to boosting innovation in Canada’s largest province – and its new executive director is hoping to dramatically expand its scope.

Jennifer MacLean, named executive director earlier this year, says her goal is to continue growing the consortium, which marries research-minded companies with leading academics – and then supercharges the partnerships with the latest in computational power.

That includes boosting the number of partnerships SOSCIP, formerly known as the Southern Ontario Smart Computing Innovation Platform, supports and expanding the number of powerful computing platforms in its arsenal.

“We want to stay right at the forefront,” says MacLean, who holds a PhD in medical biophysics from Western University. “We also want to make sure we’re offering as many opportunities as we can to foster growth in Ontario companies.”

MacLean, SOSCIP's former operations manager, takes over from Elissa Strome, who is now the executive director of the Canadian Institute for Advanced Research’s Pan-Canadian AI Strategy.

Funded by the federal government, Ontario and industry, SOSCIP was co-founded in 2012 by the University of Toronto and Western University. It presently counts 15 academic institutions as partners across the province and IBM Canada is its lead industrial partner. Of the 85 active projects under way, 23 involve U of T researchers.

U of T News recently caught up with MacLean to find out more about SOSCIP and how it’s contributing to innovation in Ontario.

Can you tell me a little bit about SOSCIP and what it does?

We’re an industry-academic consortium made up of all the major research universities in the province and one college. IBM is our lead industrial partner. So our mandate is to drive industry-academic collaborations in the advanced computing space. We link companies and academics together and give them access to the computing tools they need to answer an industry-driven problem.

What sort of computer hardware are we talking about?

And the Watson piece is relatively new?

Watson and GPU are new. We just added them in the last six months.

What’s been the experience in bringing academics and industry together? How useful has it been for the various parties?

There’s been a lot of spinoff benefits beyond what you would expect. Companies, especially small companies, come to us because they couldn’t possibly afford to buy access to these computing platforms through commercial services like Amazon. Either that or the technology isn’t even available in the commercial market. So they come to us usually looking for access. But by linking them with an academic, they’re not only using the computers in the way they thought they would use them – they’re getting additional academic insight. So when they hit a hurdle, the post-doc who’s working on the project not only solves it, but comes up with four other ideas the company could pursue. Meantime, the post-docs get the opportunity to work beyond the academic sphere and realize what it’s like to work within industry. The company and faculty member often develop a long-term synergy that adds more students and more projects. They end up working collaboratively together for years and years.

What do your computing partners like IBM get out of the relationship?

IBM’s role in the consortium has evolved over the years. When we first started out, IBM hired all the post-docs so they were IBM employees working on the projects. But that’s changed over the last little while. They now provide a support function. So some of IBM’s staff are actively engaged with the research projects. They help us troubleshoot and provide support for the platform. They also provide commercialization support at the end of it. They’ve made a huge donation to the consortium and lots of in-kind donations when it comes to software. They want to see this field develop and see more students with the skills to drive this field forward, which benefits them in the long-term. It’s really about building the ecosystem in the province, which IBM is then there to support.

How unique is this consortium, compared to other provinces or across the border in the United States?

Canada, I would say, is unique in its support of collaborative research projects. There’s certainly some instances of it in the U.S., but the university field there has a different mindset when it comes to working with industry. It’s a different world. As far as a consortium that provides ties to academia and the hardware, it’s a pretty unique model we have here.

It sounds like it’s also proving to be a successful model, too?

Definitely. We’re seeing a lot of company growth and progress in commercialization activities with the partnership and technology.

I read a recent article that quoted your predecessor saying there was interest in expanding SOSCIP into industries like automotive and pharmaceuticals. Where do you want to go?

We certainly need to grow by focusing on other areas where computing technology can be applied. Back in 2012, the word fintech didn’t even exist and now it’s a major research focus. So we want to make sure we’re providing proper support in fintech and automotive, mining and that sort of thing. There’s basically computing and data involved in every commercial sphere at this point. So we want to be able to provide full support of the breadth of activities here in the province.

When we talk about data and computing, I’m assuming that includes the AI technologies everyone predicts will soon be a part of the business landscape?

Definitely. AI is the new buzzword in place of Big Data. But they’re really two sides of the same coin. It’s a different way of applying the data.

A more general question: Given how SOSCIP has evolved and where it’s going, what does it tell you about the state of innovation in Canada?

There’s still a gap when it comes to business expenditures and R&D. So we need to do more to foster that mindset within companies – this idea that you really need to invest in research and development to push the envelope of where your company can go. This is particularly true for multinationals. I find a lot of the significant R&D happens outside Canada, which is unfortunate because there’s a lot of expertise here they can tap into. The government has been fairly generous sponsoring industry-academic collaboration and has really made it a mandate in the past few years.
But there seems to be a shifting of the tide as well. I have been working in this space since 2011, when companies would say, ‘Oh, we don’t need an academic. We don’t need an egghead in here using words I don’t understand.’ What we found is once you get an academic working in the company, they start seeing the additional value and end up hiring four or five others. That can really accelerate the capacity of the company to adjust and develop. So I think there are more companies who see the value of hiring people with academic degrees, and really helping to push their business forward more quickly.

How do organizations like SOSCIP encourage companies to adopt this outlook?

It makes it more affordable and easier for them to do it. Think of a company that wants to do a research project and they arrive at the U of T website. Where do you start? It can be really daunting for them to figure out who to talk to. But by working with us, it takes the guess work out of it. I see our role as making it really easy to get meaningful collaboration with academics quickly. We help them not only find the right people, but those with the right mindset to move quickly and meet industry timelines. We also help negotiate IP concerns and all the proposals go through our scientific advisory committee. That means the research plan put forward by the faculty member is sound, achievable and can be met on the timelines they’re proposing.

Is there any encouragement needed on the academic side – professors who maybe balk at working with industry?

There’s been a shift there as well. When I started there were more faculty members who might be inclined to say, ‘Take a hike, I’m working on my research.’ But, in part because of a shift in government funding programs, there’s more interest in working with industry. It’s also being driven by graduate students. They realize coming to a masters or PhD program that they’re probably not going to be able to remain in academia. So they’re looking for experiences to set them apart from their peers and make them more employable with industry.