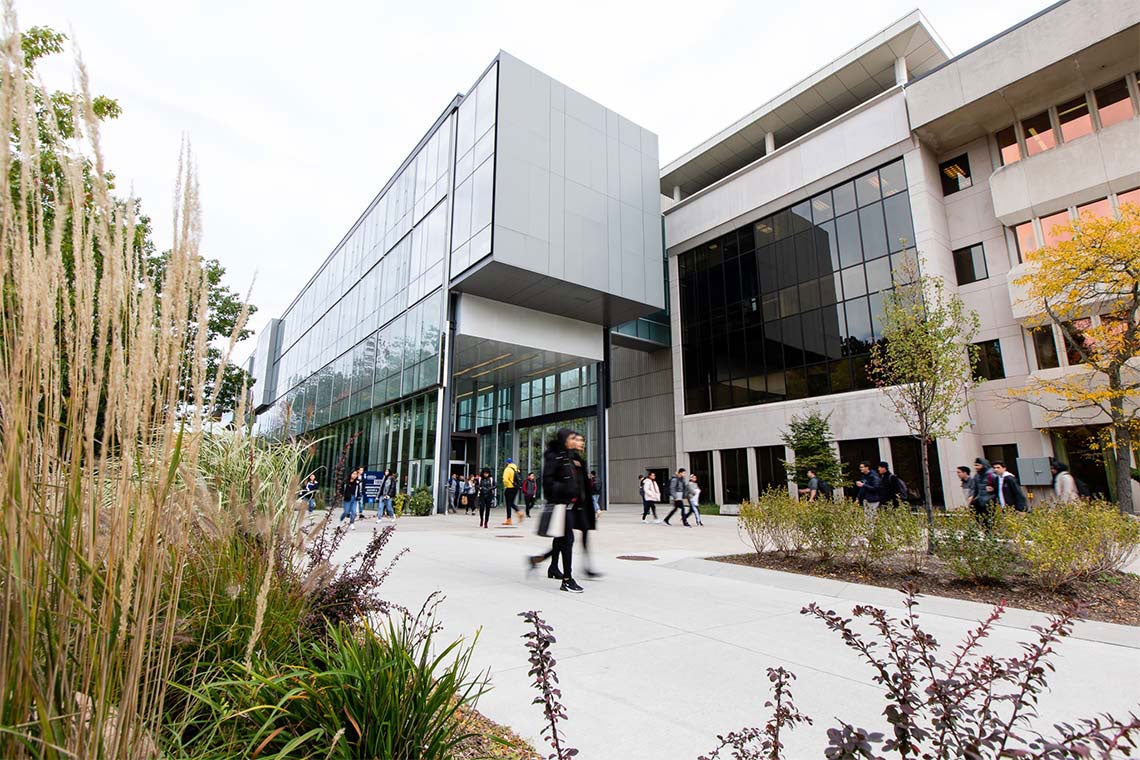 “You are not alone. We’re here to help.” That’s the Sexual Violence Prevention & Support Centre’s message to all University of Toronto community members affected by sexual violence.

With offices on all three campuses and a commitment to providing confidential and non-judgmental support, the centre this week released a summary of its activities over the first two years of its operation – part of a review of the university’s policy on sexual violence and sexual harassment, which came into effect in January 2017.

The summary showed the centre provided, among other things, 300 hours of training to students, staff and faculty, held 64 outreach events and delivered 190 workshops on topics ranging from bystander intervention to building a culture of consent.

“The safety of everyone who uses our campuses is one of our highest priorities,” said Cheryl Regehr, U of T's vice-president and provost. “We are committed to addressing the issue of sexual violence and to providing members of our community with the support they need.

“We know there is more work to do and we are listening.”

U of T had planned to review its sexual violence and harassment policy every three years, beginning later this year. However, the Ontario government recently requested all universities in the province to conduct a similar review by September, and to form a task force to address the issue and report annually on measures to support students who have experienced sexual violence.

As part of the U of T review, there will be consultations with students, faculty and staff starting May 7 and running until Sept. 30, giving students who are away over the summer a chance to participate.

“We have been working for several years to improve the university’s policies and procedures regarding sexual violence,” said Kelly Hannah-Moffat, U of T’s vice-president of human resources and equity.

“We will use these consultations to build on what we have learned and respond to the needs of the community.”

The Sexual Violence Prevention & Support Centre’s summary said it received 56 reports of sexual violence under the university’s policy on sexual violence and sexual harassment between Jan. 1, 2017 and Dec. 31, 2018.

The centre received 506 “requests for support” from students, staff and over the same period. This includes requests from both survivors of sexual violence and U of T community members who have sought guidance after receiving a disclosure.

If someone chooses to report an incident, the centre provides guidance and support throughout the process.

“The university wants to support and encourage people to report incidents to us that fall within our policy,” said Angela Treglia, U of T’s director of sexual violence prevention and support.

“We know that this is an individual choice, and it’s important that people have the ability to make an informed decision as to whether and when to make a report. Regardless of whether someone chooses to make a report, support is available to them under the university’s policy and through the centre.”

In March, the Ontario government released the results of a province-wide survey on sexual violence in colleges and universities. Among universities, 63.2 per cent of respondents reported “one or more incidents of sexual harassment since the beginning of the academic year.” At U of T, the number was 58.7 per cent.

“We know there is still work to do,” said Treglia. “We’ve taken steps over the past year to raise the profile of the centre and the services we offer, and we’re seeing a growing interest in the work we’re doing.”

While the data released by the centre is not broken down by demographic, Treglia said staff recognize individuals from under-represented communities are disproportionately affected by sexual harassment and violence.

“We work from an intersectional lens and recognize that individuals can often experience overlapping forms of violence or harm,” she said. “We work to empower our clients so they have a choice and feel supported in a safe space.”

Treglia added that, as the community becomes more aware of the centre, she anticipates an increased demand for its services.

The U of T centre last year released an online sexual violence prevention and training module available through Quercus, with questions tailored to students, staff and faculty. The training is designed to help community members recognize sexual violence, understand its impact and respond supportively when receiving a disclosure. By the end of 2018, nearly 4,200 students, staff and faculty had engaged with the training.

“We’re constantly looking at ways to engage with students, staff and faculty on issues related to sexual violence,” Treglia said.

Before becoming the centre’s director in 2017, Treglia served as a sexual violence prevention co-ordinator at Western University. Her experience in the field goes back to her undergraduate studies at U of T Mississauga, where she helped organize the campus’s first Light the Night event against gender-based violence.

“We’ve heard from the community that they don’t always know where to go for support, or where to refer someone who has experienced sexual violence,” Treglia said. “We’re working to make sure the community is increasingly aware of the supports that are here for them.”

A list of safety resources is available at safety.utoronto.ca. The tri-campus Sexual Violence Prevention & Support Centre's website is www.svpscentre.utoronto.ca. Individuals can visit the centre’s website for more information, contact details and hours of operation. Centre staff can be reached by phone at 416-978-2266.